Princess Anne, the only daughter of the Queen and Prince Philip, is in Japan on an official visit. The Princess Royal is currently in the nation’s capital of Tokyo, where a deadly typhoon hit on Saturday.

Typhoon Hagibis made landfall on Japan’s main island of Honshu right before 7pm local time (10am GMT) in Izu Peninsula, south-west of Tokyo.

The storm is now moving up the eastern coast, with powerful wind speeds of 140mph.

One man was killed, more than 60 people were injured and more than seven million people were advised to evacuate as a powerful typhoon bore down on the Japanese capital on Saturday.

The massive storm smashed into the region with what could be the heaviest rain and winds in 60 years. 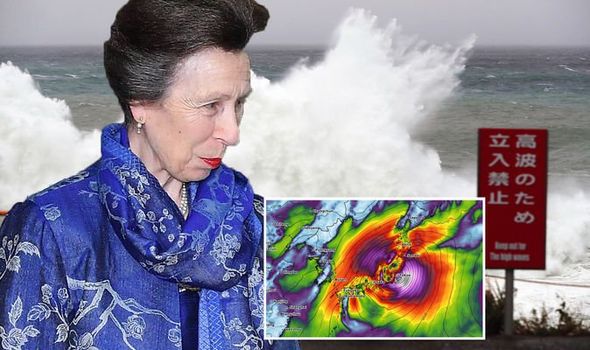 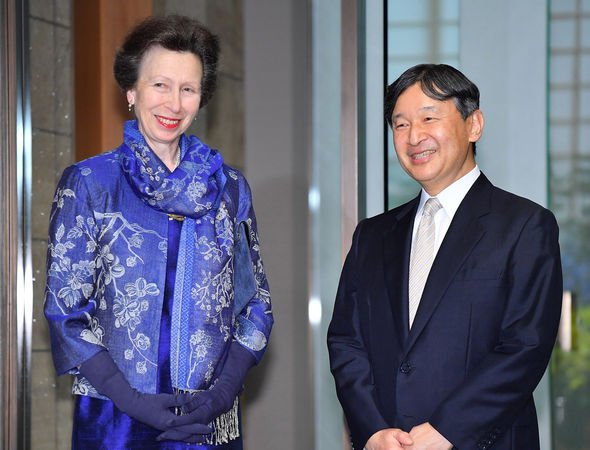 Officials warned that the storm could be the most powerful to hit Japan since one of the worst typhoons on record devastated Tokyo and surrounding areas in 1958, killing more than 1,200 people.

But despite the powerful cyclone, Princess Anne carried on working on Saturday.

As 600,000 were being evacuated in preparation of Hagibis, a 5.7 magnitude earthquake was also felt in Tokyo.

Despite the conditions, the Queen’s daughter had a busy day in Tokyo where she conducted a number of engagements. 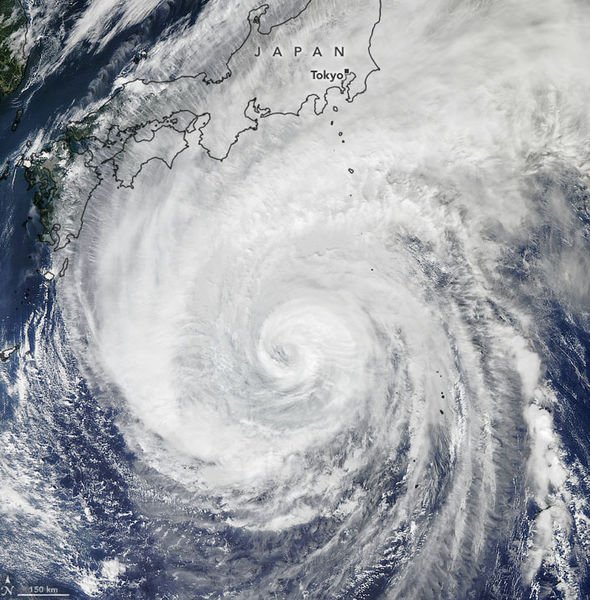 Among her engagements, she attended a UK Food and Drink Exhibition at the British Embassy.

The Princess also attended a product launch at Globe-Trotter in her capacity as President of the UK Fashion and Textile Association.

She also attended the Riding for the Disabled Association Japan Annual Championship.

As the Patron of the Scottish Rugby Union, she was due to attend a Luncheon Reception Yokohama Country and Athletic Club.

However, Scotland’s clash against Japan, which is due to kick off on Sunday, is hanging in the balance.

Scotland will be eliminated from the World Cup if the match against is cancelled on safety grounds.

A switch of dates has already been ruled out for the important match.

Japan leads Scotland by four points after three victories and a cancellation would result in the match being declared a draw, knocking Scotland out of the competition. 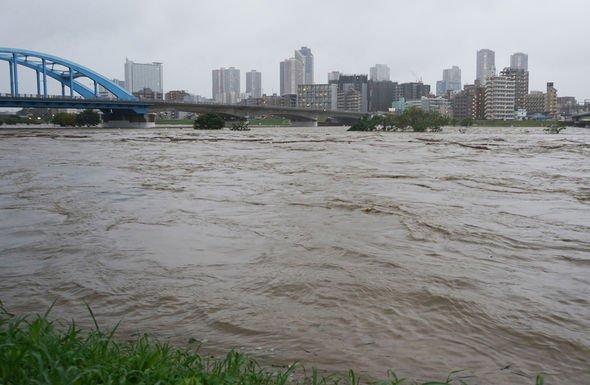 A World Rugby spokesman said: “Our primary consideration is the safety of everyone.

“We will undertake detailed venue inspections as soon as practically possible with an announcement following as soon as decisions are made in the morning.

The Princess Royal has been Patron of the Scottish Rugby Union for over 30 years.