Princess Anne, 70, was extremely close to her late father Prince Philip and is said to have inherited his no-nonsense attitude. While other senior royals including Kate, Duchess of Cambridge and Prince William wore black when they stepped out this week, Anne seemed to ignore the mourning custom in a subtle nod to the no-fuss Duke.

On Wednesday, The Princess Royal visited three hospitals in Gloucestershire where she oversaw the opening of a commemorative garden for those who lost their lives to COVID-19.

The tweet read: “The Princess Royal has visited three @gloshospitals to thank staff for their hard work over the last year.

“HRH opened a new commemorative garden which has been dedicated to loved ones lost to the pandemic, and contains hundreds of wire dandelions, in memory of each patient.” 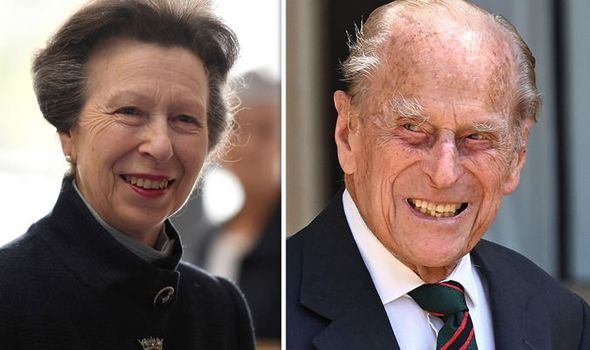 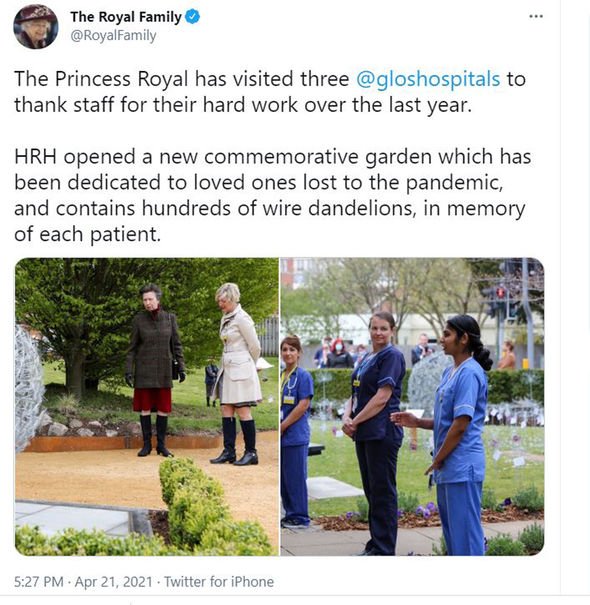 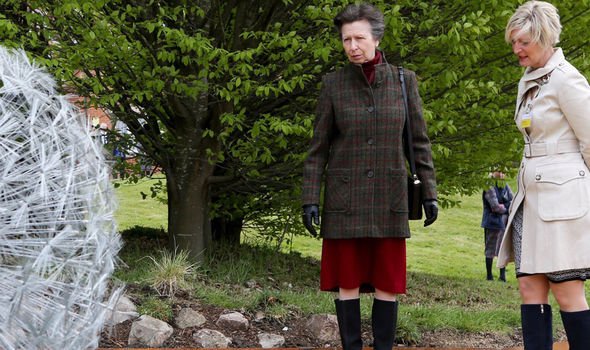 While it was custom for members of The Firm to wear black during the two-week period of mourning following Philip’s death, Anne ignored tradition and wore a long tweed coat over a red dress instead.

She matched the ensemble with black accessories including leather gloves and black boots.

Philip was something of a royal renegade and famously averse to any kind of fanfare.

He would have likely approved of Anne’s decision not to wear black on Wednesday when other royals stuck to the rules.

On the same day as Anne’s hospital outing, Kate and William both wore black during a visit to a London Squadron Air Training Corps.

During their visit, the future King and Queen Consort watched as the young cadets gave a rousing three cheers in Prince Philip’s honour.

Ahead of Philip’s funeral, Anne remembered her father in a touching tribute.

In her tribute, the Princess Royal touched on her grief and said: “You know it’s going to happen but you are never really ready.”

Anne added: “My father has been my teacher, my supporter and my critic, but mostly it is his example of a life well lived and service freely given that I most wanted to emulate.

“His ability to treat every person as an individual in their own right with their own skills comes through all the organisations with which he was involved.

“I regard it as an honour and a privilege to have been asked to follow in his footsteps and it has been a pleasure to have kept him in touch with their activities.

“I know how much he meant to them, in the UK, across the Commonwealth and in the wider world.”

“I would like to emphasise how much the family appreciate the messages and memories of so many people whose lives he also touched. We will miss him but he leaves a legacy which can inspire us all.” 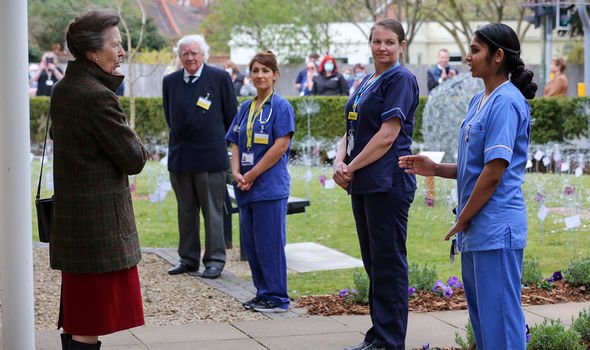 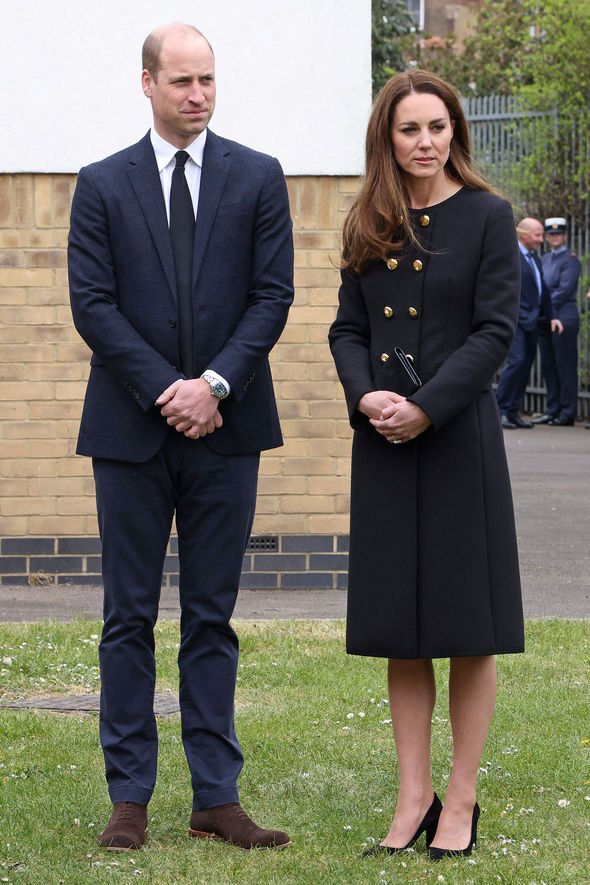 Anne’s son-in-law Mike Tindall, spoke out following Philip’s funeral to say how the Duke would have approved of the pared-back service.

Speaking on his podcast The Good The Bad and The Rugby, Mike said: “Look it’s been a difficult 10 days, and I look back on the day (and) I think as eerie as it was, with no crowds and the social distancing and the way everything was, I think it was the perfect day – how he would have liked it – if that makes any sense whatsoever.”

Anne lives on the Gatcombe Park Estate in Gloucestershire which is also home to her two children Zara Tindall and Peter Phillips.