The post showed the Duke of Cambridge visiting a traditional Kuwaiti tent in the desert outside of the capital, Kuwait City. He joined Sheikh Mohamed Abdullah and young Kuwaitis for a special event. Kensington Royal posted images of William’s time in the desert as he experienced “what makes rural Kuwaiti culture so unique”.

In one image, William could be seen meeting a falcon, and in another meeting some young Kuwaitis. 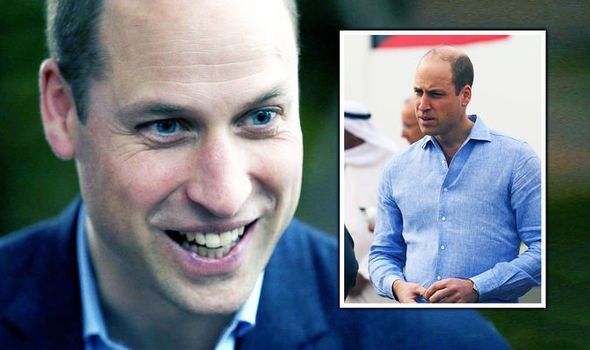 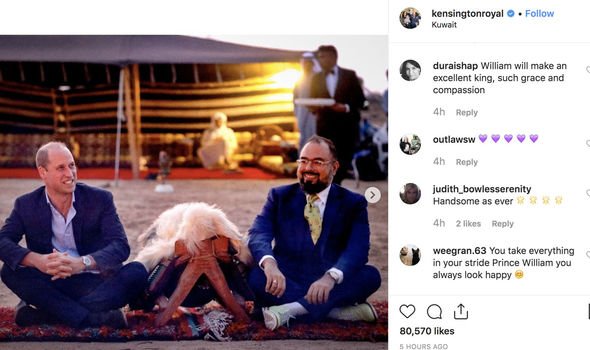 Dubai Shah added: “William will make an excellent king, such grace and beauty.”

Another said: “Prince William’s smile is so lovely, just like his mother Princess Diana’s.”

Raheem Rakib commented: “People around the world love you Sir!”

One Instagram user added: “You take everything in your stride Prince William you always look happy.”

JUST IN: The hint Kate Middleton will make this Christmas treat for children 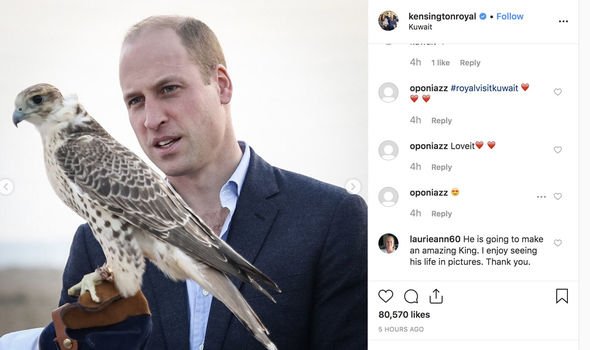 One Instagram user wrote: “What a great visit. William always exudes enjoyment in carrying out his tasks, skilful diplomacy with a high sense of sincerity.”

Many praised William on his fashion choices, he wore a a dark suit with an open pale blue shirt.

The Prince is currently in Kuwait to celebrate and honour its ties between Britain, marking the 120th anniversary of the signing of the Treaty of Friendship.

Earlier in the day, William visited a Kuwaiti nature reserve to learn about the country’s plans to protect its wildlife and environment. 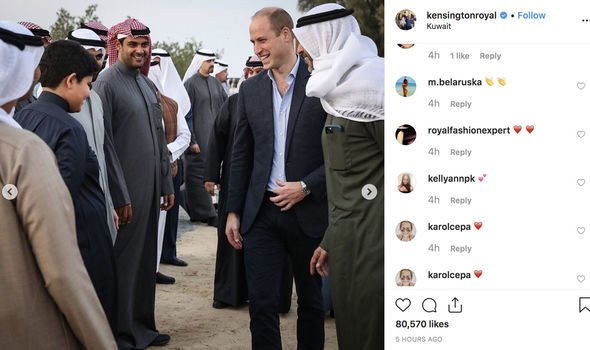 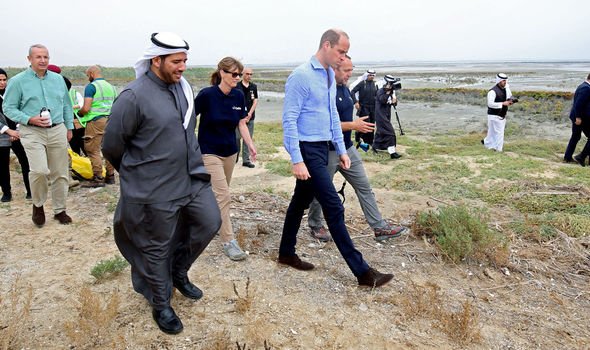 He was given the tour of the Jahra Nature Reserve on Monday morning, just outside Kuwait City.

William was shown eagles and flamingos in Kuwait’s only non-marine wetland.

It is also home to Arabian red foxes as well as a wide range of fish species. 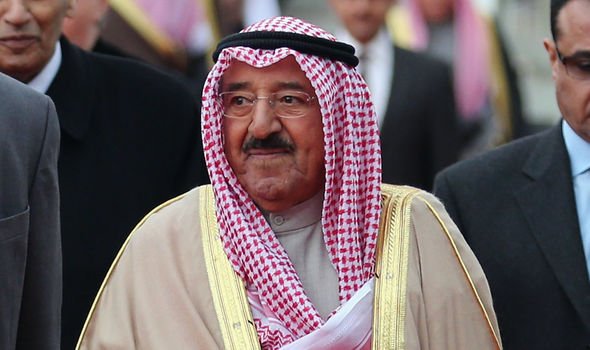 They dined on a five-course lunch at the Kuwaiti leader’s opulent Bayan Palace.

The Emir joked with William that he had “brought the British weather” with him on account of the grey skies that had blighted the morning in the city.

Laughing, William said: “I know. I brought all of my summer clothes as well.”

After his engagements in Kuwait, William’s next stop will be Oman.

The final leg of his tour was at the request of the Foreign & Commonwealth Office.