Prince Philip’s ‘history with other women’ over 70 years unveiled

Philip and the Queen will be celebrating their momentous 73rd wedding anniversary this November. Their marriage is often seen as an essential part of the Royal Family’s backbone, especially as their shared sense of duty and dedication to the crown have been unmatched. The Queen has described Philip as her “constant strength and stay”. However, their union has not always been seen as idyllic by the public.

As the Queen has had to prioritise her royal duties, many believe Philip turned elsewhere for female attention.

Royal biographer Ingrid Seward recalled the “public relations catastrophe” that emerged when Philip went on a long tour around the Commonwealth in 1956 until February 1957.

She explained: “Before long, rumours began to circulate – and even to be reported in the American press – that the Duke of Edinburgh was involved with another woman, whom he had been meeting regularly at the apartment of a court employee.”

Philip was reportedly “incandescent” and “deeply hurt” about the rumours, but despite the Palace’s denial of such claims, the speculation continued over the years. 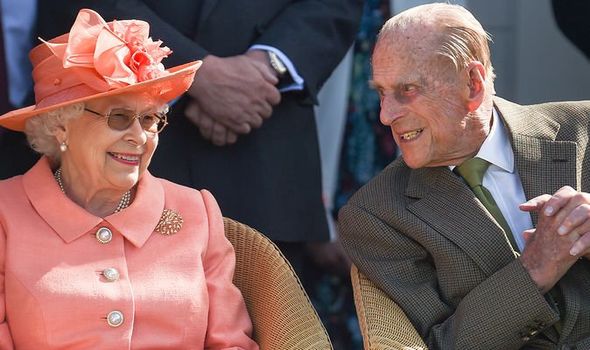 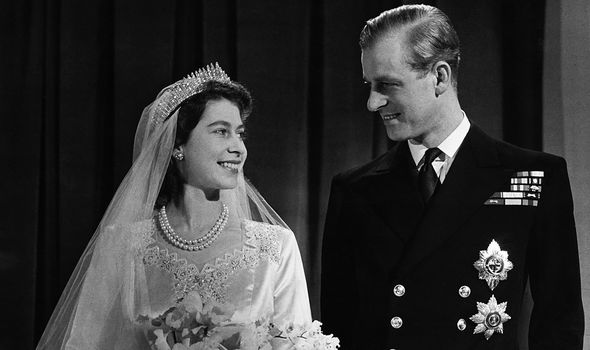 Ms Seward explained a whole host of women from aristocratic circles or the entertainment industry began to be linked to the Queen’s husband.

Though, the biographer added: “Not one iota of hard evidence of his supposed affairs has ever emerged.”

On a night out, Philip seemed to “monopolise Pat on the dance floor”, according to Ms Seward — a night which triggered a 50-year myth that they were romantically involved.

She later told a journalist: “I would have had a happier and easier life if Prince Philip, instead of coming uninvited to my dressing room, had gone home to his pregnant wife on the night in question.” 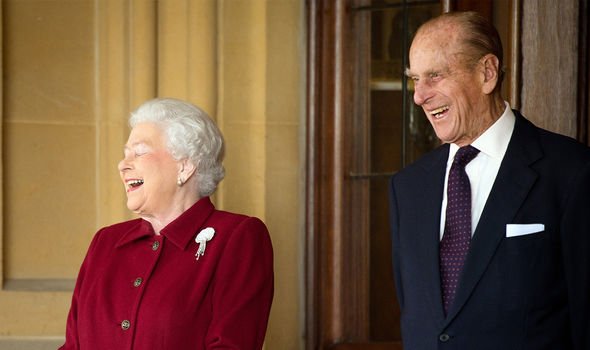 Philip’s tendency to enjoy the company of women who are younger than him, aristocratic and beautiful has fanned the rumours.

Ms Seward said: “If Philip enters a room, he will make a beeline for the most attractive woman there and engage her in conversation.”

Some even claimed Philip would invite these female friends to stay with him at the royal estates of Sandringham and Balmoral.

The Queen was reportedly “tolerant” of these women and had the attitude that “men will be men”. 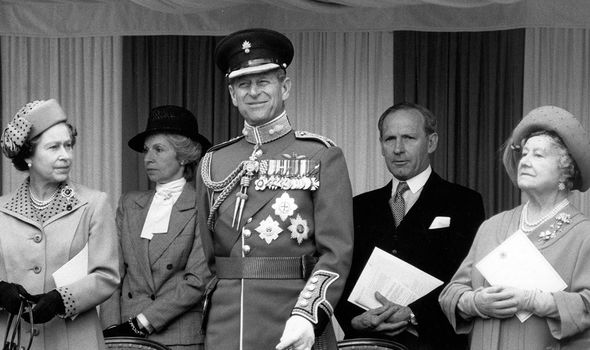 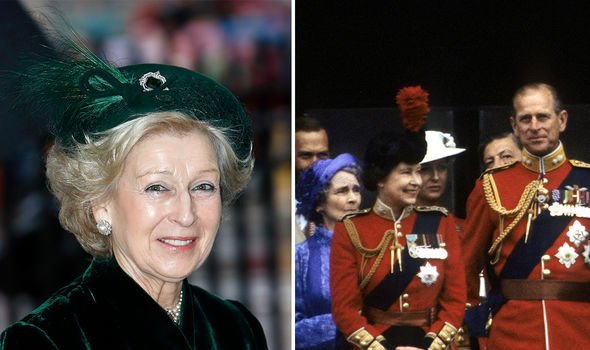 The Queen’s cousin Princess Alexandra, 15 years the Duke of Edinburgh’s junior, was also seen to be spending time with him at one point, but there is no evidence to prove they had been having an affair.

Then there was Sacha, Duchess of Abercorn, who was 25 years younger than Philip.

In 1987, it was thought they were in a relationship after images emerged of them together in swimming outfits.

Sacha then said: “The Queen gives Philip a lot of leeway.”

However, she later added: “It was certainly not a full relationship. I did not go to bed with him. It probably looked like that to the world.”

More recently, Philip has been seen spending time with the Countess Mountbatten of Burma, formerly known as Penny Romsey, who is 32 years younger than Philip.

They regularly partner up for carriage-driving, which is one of Philip’s favourite pastimes and are clearly close confidantes.

Actress Sally Ann Howes is thought to have had a relationship with the royal, too — as has Merle Oberon, Anna Massey and even the author Daphne de Maurier before he got married.

In 2004, biographer Sarah Braford said: “The Duke of Edinburgh has had affairs, yes, full-blown affairs, and more than one. “

Yet, Philip has addressed these claims outright.

In 2006, he told TV presenter Jeremy Paxman: “As far as I’m concerned, every time I talk to a woman, they say I’ve been to bed with her — as if she had no say in the matter.

“Well, I’m bloody flattered at my age to think some girl is interested in me.

Ingrid Seward’s book, ‘Prince Philip Revealed’, published by Simon & Schuster, will be released on October 1 and is available here.