The Welsh presenter said he wanted to ask “embarrassing” questions that the Prince’s “minders” would have disliked. In December 2017, Prince Harry was guest editor on the BBC programme, which saw him interview his own father, Prince Charles, and former US president Barack Obama. Mr Humphrys said: “He was invited to be the guest editor of the Today programme nearly three years ago and used it, unsurprisingly, to deliver messages close to his heart.

“I’m afraid to say I declined the opportunity to present the programme that morning. I knew what would happen. I would want to ask what his minders would regard as impertinent or embarrassing questions and that would be the end of that.”

He described Harry, and wife Meghan Markle, as “the journalists’ gift that simply keeps on giving”.

This week it was announced the couple have bought an £11million home in California. 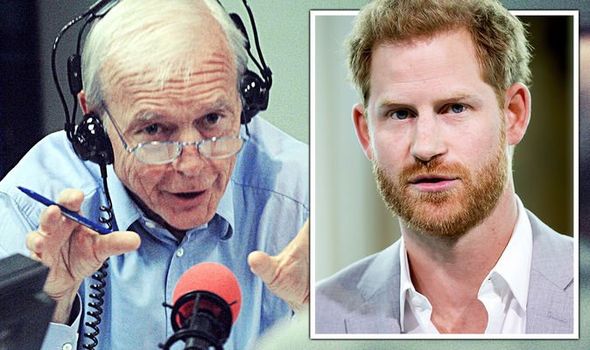 It was a move Humphrys called “PR suicide”, as he said: “Harry and Meghan bought it from a Russian oligarch who has allegedly threatened to chop up his wife.

Referring to the recently released biography Finding Freedom, which the couple has denied any involvement in, he called it a “spectacular own goal”.

Writing for the Daily Mail, he said: “The title, Finding Freedom, was disconcertingly suggestive of Nelson Mandela’s great autobiography Long Walk To Freedom.

Mr Humphrys, a lifelong republican, also revealed there were some talks about him interviewing Prince Charles, but the heir to the throne “only wanted to talk about trees” so it was “no deal”.

He also iinterviewed Prince Phillip on his 70th birthday. 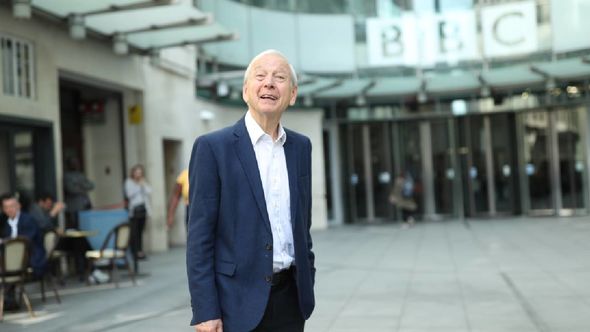 He said: “It was pretty boring except for a section when he got very cross because I’d asked him why the Queen hadn’t helped him out when he had to sell his racing yacht because of the expensive upkeep. The Palace complained and the BBC cut it out.”

He said he has repeatedly requested to interview Queen Elizabeth and although the monarch “listened politely”, she declined.

Meghan Markle gave royal fans a first glimpse inside her and Prince Harry’s new Santa Barbara home during a video call on Friday. 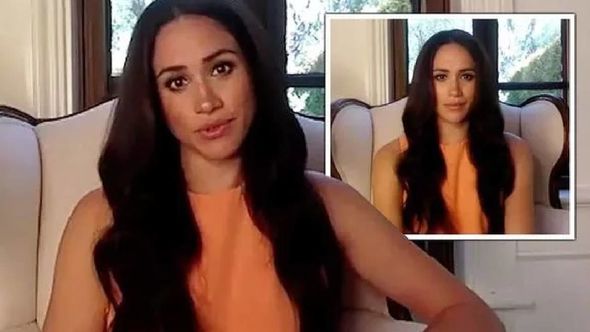 Fans could get a glimpse of Meghan and Harry’s new home in the background which was mostly decorated in a cream palette.

Meghan spoke from a cream armchair and there were white orchids resting on the table beside her.

Prince Harry and Meghan returned to her homeland in March, following their bombshell announcement that they would be stepping down as senior royals.