The brothers’ strained relationship has reportedly been hit by another blow as the pair are expected to give separate speeches when they unveil a new statue of their late mother later at Kensington Palace this summer. Despite speaking briefly when Harry returned to the UK for Prince Philip’s funeral last month, it appears he may still be on a “different path” with William. Tensions grew rapidly after he plunged the royals into a crisis in March by sharing why he decided to quit the Firm and move to the US with Meghan Markle and their son Archie.

Harry and William have now been warned how Prince George, 7, Princess Charlotte, 6, and Prince Louis, 3, may not bond with Archie until they are all older due to their fathers’ current relationship.

Ingrid Seward, author of Prince Philip Revealed; A Man of his Century, also added Diana would have known “how difficult” members of the Royal Family find forming relationships outside the Firm as “people cannot be trusted”.

Ms Seward told Express.co.uk: “I am sure Diana would have wanted her sons’ offspring to be friends as she would have known how difficult it is to form friendships outside the family as people cannot be trusted not to let some indiscretion slip out.

“But they may be friends with Archie when they are older. 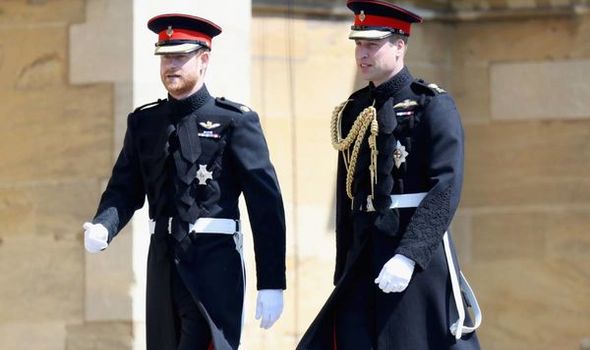 “How cool to have a Californian cousin who is going to be such a dude as Archie.

“So exciting for them to go and stay with him too and vice versa.

“So they may not have the childhood bond, which they really don’t need as they have lots of little friends, but they will really appreciate Archie later on in their lives.”

Prince Harry and Meghan Markle welcomed their first child Archie Mountbatten-Windsor in 2019, only a year after Kate and William’s youngest son Prince Louis was born, with Charlotte and George also arriving a few years before him. 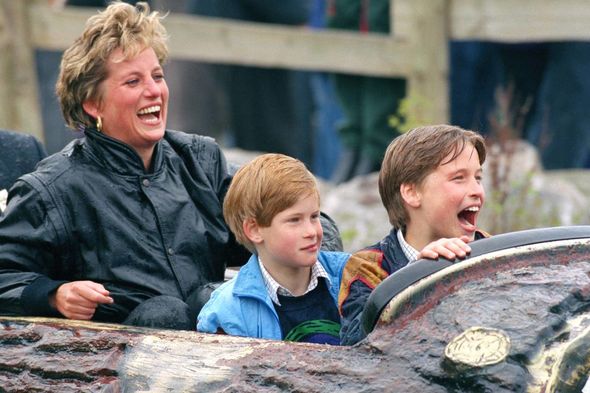 However, despite the similarity in age, the cousins are unlikely to spend a great deal of time together growing up as they live on opposite sides of the Atlantic.

The Duke added he felt trapped in the Royal Family and shared his “compassion” for his brother and father Prince Charles being unable to leave their roles.

He said: “My father and my brother, they are trapped. They don’t get to leave. And I have huge compassion for that.” 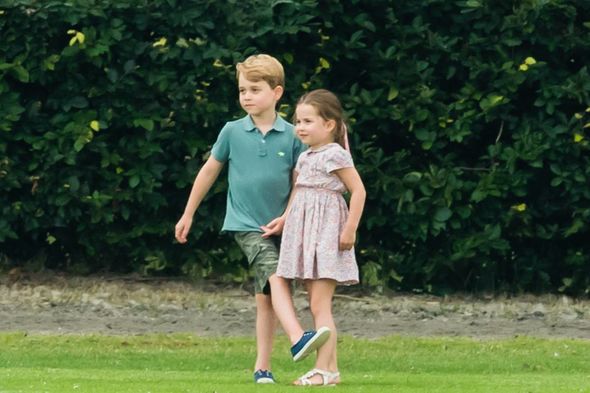 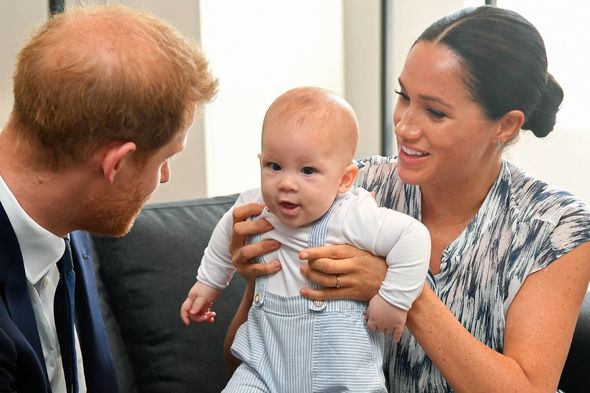 Harry also said he was on a “different path” with his brother, who will one day be king.

“We’ve been through hell together. I mean, we have a shared experience. But we’re on different paths.

“The relationship is space at the moment. And time heals all things, hopefully.”

Meghan also talked about Archie not receiving security after he was not made a prince, unlike Kate and William’s three children.

She also suggested Archie was not made a prince because of his race, even though rules set by George V meant he is not entitled to be one until after Charles ascends the throne.

Oprah asked: “Do you think it’s because of his race? I know that’s a loaded question.”

Meghan replied: “They didn’t want him to be a prince… which would be different from protocol, and that he wasn’t going to receive security.

“We have in tandem the conversation of, ‘He won’t be given security. 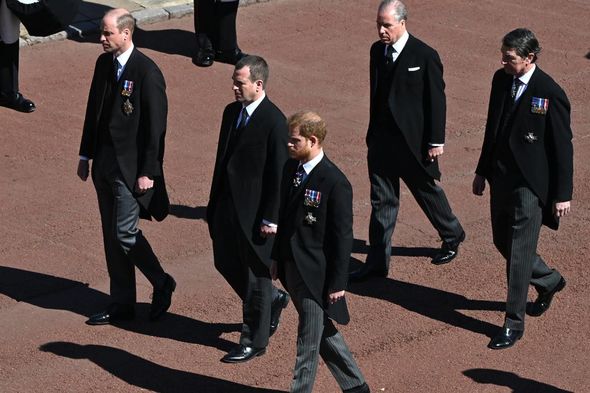 “He’s not going to be given a title.’ And also concerns and conversations about how dark his skin might be when he’s born.”

William was the first royal who spoke out publicly after the interview was aired.

He said: “We’re very much not a racist family”.

The Queen issued a statement saying “while some recollections may vary”, the issues would be taken “very seriously”, but dealt with privately as a family.