The Duke of York has attracted more attention in recent weeks, as royal watchers wondered if he was trying to return to his previous public role following Prince Philip’s death. But, Palace insiders have denied that Andrew is trying to come out of retirement. Before and since his retirement, the Duke of York has shown his devotion to his daughters, Eugenie and Princess Beatrice.

Shortly before his youngest daughter Eugenie walked down the aisle with Jack Brooksbank in 2018, Andrew reportedly compared her wedding to Prince Harry’s, which took place just a few months before.

Speaking during an interview, Andrew said: “It will not be the same as the previous one [Harry and Meghan’s] that was held in May.

“It’s not a public wedding, this is meant to be a family wedding.

“There will be a few more people than most people have.

“There are a few more than Harry had — but that is the nature of Eugenie and Jack.

“They have got so many friends that they need a church of that size to fit them all in.” 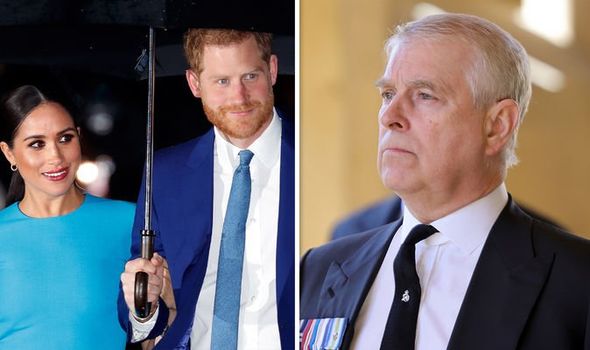 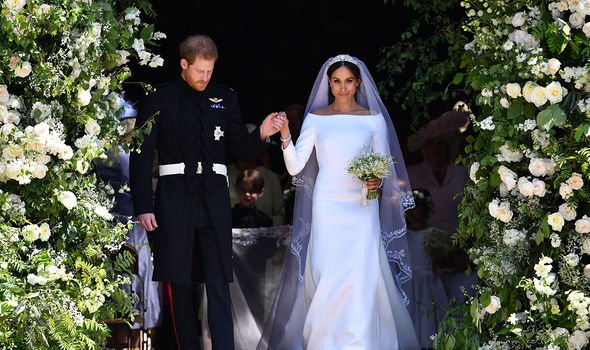 Emily Andrews, royal commentator, summarised his comment as “our wedding is bigger than your wedding” during Channel 5’s documentary, ‘Beatrice and Eugenie: Pampered Princesses?’.

Actually, Eugenie ended up using the same venue as the Duke and Duchess of Sussex — St George’s Chapel in Windsor, which can accommodate 800 guests.

Andrew also said that the church venue idea stemmed from the Queen.

He said: “It doesn’t make any difference who you are, all the approvals go through the Queen anyway.

“The Queen very firmly said St George’s is where you’re having the wedding so I said, ‘Aye aye mam, turn to the right, salute and carry on’.”

Eugenie and Jack invited their A-lister friends including Take That star Robbie Williams, along with supermodels Cara Delevinge, Naomi Campbell and Cindy Crawford. 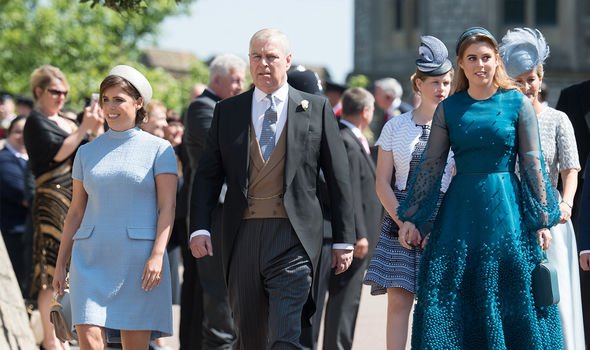 While 11.5 million viewers watched the Sussexes’ wedding, Andrew’s attempts to get Eugenie’s wedding televised were unsuccessful.

The Mail on Sunday’s Ms Andrews explained: “His people asked the BBC whether they would televise it [Eugenie’s wedding] and the BBC said no.”

Another commentator told Channel 5: “I think this was his [Andrew’s] opportunity to really show them off – not just to the country, but to the world, and say my daughters are absolutely up there with William and Harry.” 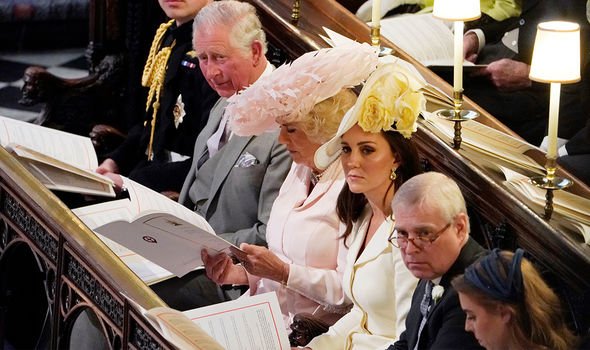 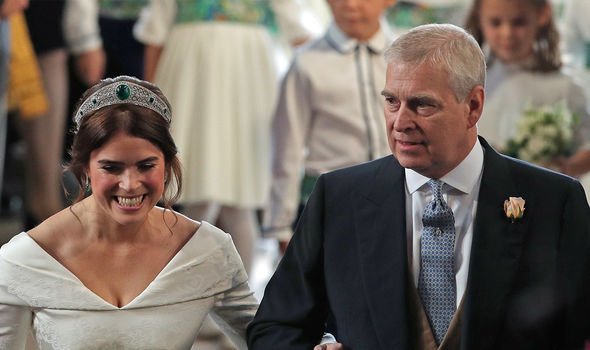 Andrew also told ITV that despite his role as father of the bride, he had not prepared a speech.

He said: “I don’t write speeches, why should I write this one?”

He said his role would be “very small”, and that he just has to “walk slowly” when escorting his daughter down the aisle.

Andrew stepped back from public life in November 2019, after his interview with BBC Newsnight about his association with Jeffrey Epstein. 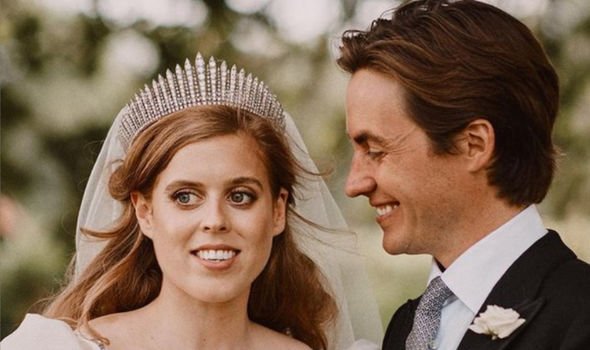 He has largely kept out of the spotlight ever since, and was absent from the official photographs released to mark Princess Beatrice’s secret wedding last July.

Some reports claim Andrew was trying to rehabilitate his image by wearing a Navy Admiral’s uniform to his father’s funeral earlier this month.

He was a Vice-Admiral at the time of his retirement, and was expected to be promoted to Admiral for his 60th birthday last year.

However, the Queen decided that none of the royals should wear military dress to Philip’s funeral service.