The Justice for Subpostmasters Alliance (JFSA) said the battle was only half-won after the High Court on Friday quashed the criminal convictions of 39 men and women for ­stealing money from the Post Office, adding to six whose convictions were overturned in December. JFSA said the lives of around 4,000 postmasters were ruined in one of Britain’s biggest miscarriages of ­justice and now the fight is to get them financial redress.

It called for a public inquiry after accusing the Government of backing the Post Office in its victimisation of staff and ignoring warnings of flaws in the Horizon IT system which managed post offices’ finances.

Hundreds of innocent staff were blamed for losses in branch accounts caused by the Fujitsu-developed Horizon system, used from 1999 until 2015. Horizon had wrongly detected shortfalls in takings, which post­masters were contractually responsible for.

Many were then prosecuted for theft, fraud and false accounting, and others were hounded out of work or forced to pay huge sums of “missing” money. 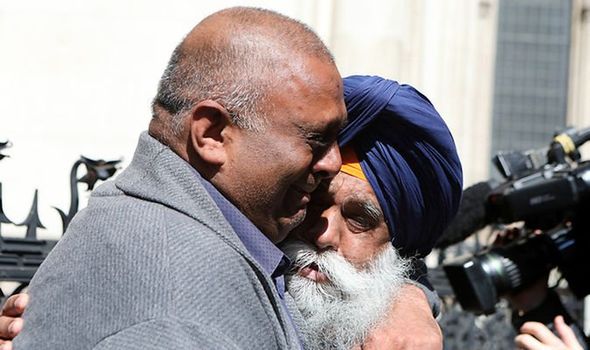 But in his ruling Lord Justice Holroyde said the Post Office “knew there were serious issues about the relia­bility of Horizon” but had maintained it was “robust and reliable” and “effectively steamrollered over any subpost­master who sought to challenge its accuracy.”

Speaking after the case, Kay Linnell, of JFSA, said she became involved after finding subpost­mistress Josephine Hamilton – who was one of the 39 cleared on Friday – in tears in 2007.

She said there were more than 700 prosecutions but the scandal and its cover-up blighted the lives of 4,000 subpostmasters, who lost their businesses, homes and marriages or saw their physical or mental health suffer.

Those who did not get prosecuted or were found not guilty often lost their livelihoods when their franchises were withdrawn.

Ms Linnell, a forensic accountant, said: “It’s bigger than Water­­gate. It has gone on for much longer and people have colluded to mislead the public, victimise and convict people and take their money wrongly. How did this happen? The cover-up was extreme.”

She said that the Government, as sole Post Office shareholder, had allowed it to happen. She added: “We are inviting the parliamentary ombudsman to investigate the conduct of ministers and departments that should have been supervising the Post Office rather than bullying and cajoling subpostmasters.”