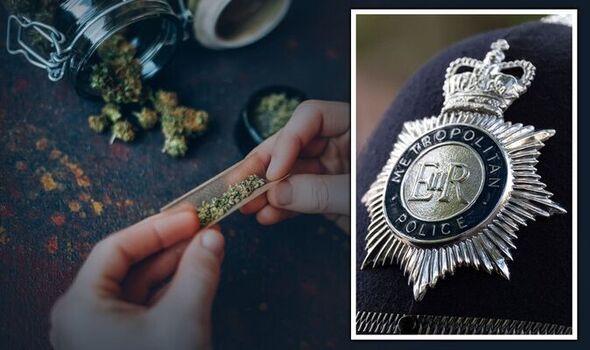 Julian Agalliu, 47, is accused of being unmasked as a major supplier of class A and class B drugs when the EncroChat system was uncovered. Agalliu is standing trial after cocaine was found in the home he shared with PC Rasvinder Agalliu. Agalliu, from Hadley Wood, denies conspiracy to supply class A drugs, conspiracy to supply class B drugs, possession with intent to supply cocaine, and possession of criminal property.

The court heard that Agalliu is said to have boasted about being married to a Met Police officer and asked for inside information when the force closed in on uncovering the encrypted chat system, which was cracked in 2020.

Agalliu denies using the system saying he has been “set up” by a stripper, instead claiming he work in the ballet as an “artist” at the time of his arrest in June 2020.

Prosecutor William Davis told the court Agalliu is accused of being the EncroChat user ‘Nicemoon’, while co-defendant Daniel McNeil-Duncan, 37, is the user ‘Ekspinoza’ saying the pair made “substantial profits” from doing so.

He told jurors: “Julian Agalliu and Daniel McNeil-Duncan were identified by police as the users of two Encrochat phones. They used those phones to organise the supply of large amounts of cocaine and cannabis.

“They thought their communications were encrypted, so secure and police would never be able to read them. As a result, they were somewhat careless with messages they sent to each other.”

Mr Davis referred to evidence including pictures posted on the chat system and a message allegedly containing his home postcode.

In one exchange, ‘Nicemoon’ says “I’m driving my wife to work” and an associate replied: “Oh good to station police?”

“The reference to the police station is of interest”, said Mr Davis.

“Mr Agalliu’s wife Rasvinder Agalliu was a serving police officer with the Metropolitan Police at the time.”

Mr Davis also told the court that Agullia is accused of asking his wife if she knew about the operation when it had been discovered and boasting about her being promoted to Sergeant.

Jurors heard a block of cocaine was found in a drawer containing passports at the Agalliu family home in the exclusive Hadley Wood area of Barnet, while more of the drug was inside a Louis Vuitton box under the bed in the master bedroom.

The prosecutor said in interview Agalliu “said he paid his taxes and appeared to suggest a woman who he described as a stripper and a prostitute had set him up and ruined his life and also ruined his wife’s life.

“He said he worked in ballet, was an artist, and people tried to judge him on how he looked and spoke.”

McNeil-Duncan, from Brentwood in Essex, pleaded guilty to two charges of conspiracy to supply drugs mid-way through the prosecutor’s open remarks.