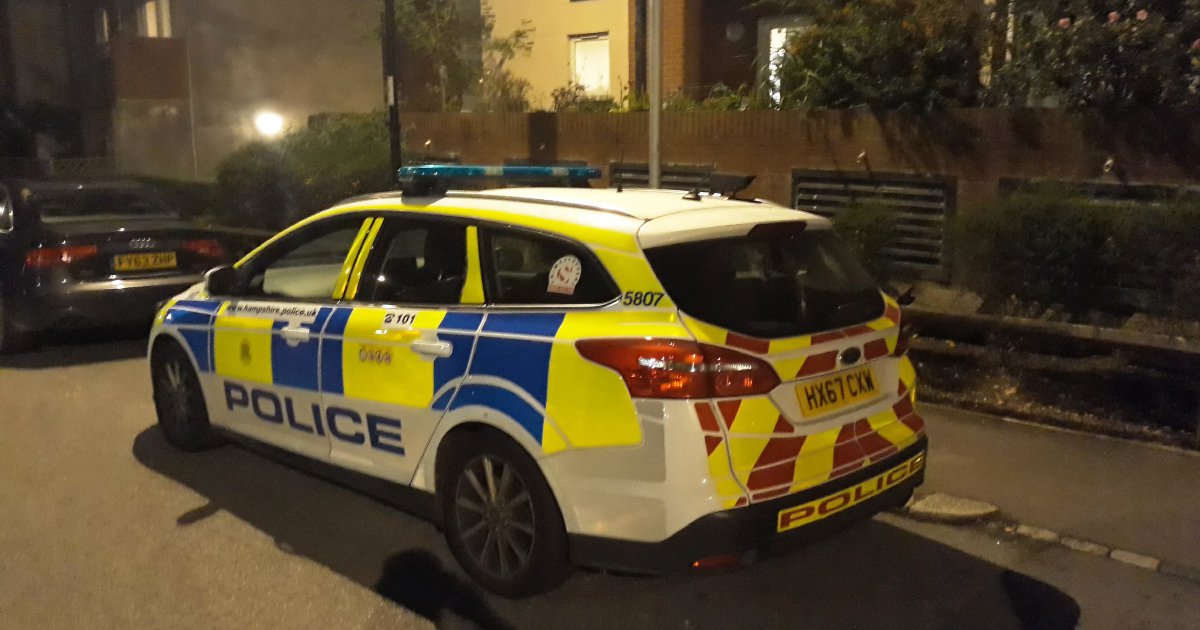 A man suffering from paranoid schizophrenia stabbed a police officer in the neck as part of a series of attacks on key workers.

Timothy Walsh, 51, knifed the officer several times after police had come to his home in Southampton to check on his well-being.

Walsh was found by a jury to have carried out the stabbing in October 2020 but he’s been deemed unfit to stand trial.

Winchester Crown Court was asked to determine what happened rather than his guilt.

Walsh was also found to have carried out the assault of another police officer and two mental health professionals in November 2019 and the assault by beating of a mental health worker at Antelope House in March 2020.

Describing the October incident, a Hampshire police spokesman said: ‘After 40 minutes of knocking the door and trying to contact Walsh on his phone, officers decided to force entry into the address to make sure he was OK.

‘Once entry had been gained, Walsh appeared without warning and, holding a knife, ran towards the officers who were standing on the threshold of the doorway.

‘Walsh then proceeded to stab one of the officers several times. Another officer narrowly avoided injury.

‘The injured officer sustained serious stab wounds to his neck, chin and a deep wound to his arm that required stitches. He was taken to hospital for treatment.’

Police reps say the incident is a reminder of the dangers officers face every day when going to work.

Chief Constable Olivia Pinkney said: ‘This was a terrifying incident for all the officers involved.

‘Fortunately, whilst the officer who was stabbed in the neck sustained serious injuries, he has made a good recovery and has since returned to work.

‘We are thankful that he has been able to come back on duty after this horrifying event. This incident was challenging for all of those involved in the response.’

Hampshire Police Federation chairwoman Sergeant Zoe Wakefield said she was concerned about the long-term psychological trauma the officer may have experienced.

She said: ‘Officers go to work every day not knowing what they are going to be faced with. Sometimes, they are subjected to high levels of harm and violence and we absolutely cannot underestimate the impact this has on them.

‘Although the physical injuries heal, the psychological trauma suffered lasts a lot longer.

‘I am pleased this officer and his colleagues have managed to return to work. We will continue to provide him, and others, with the support they need.’

Walsh will be sentenced at Southampton Crown Court on May 20.