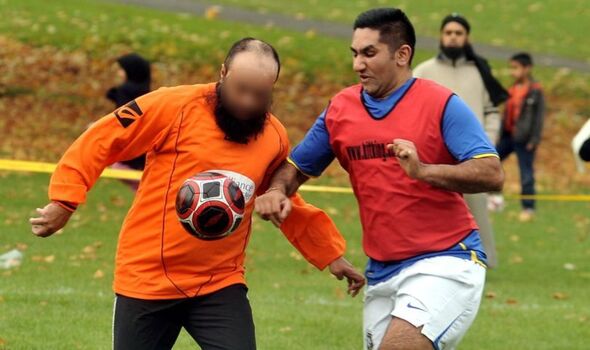 A police officer who was signed off sick with gout on full pay was caught playing football 19 times.

He was “trying to get his own back” against the force after claiming to have been held back in his career due to his race, reports Leicestershire Live.

PC Gorania, who has since resigned, had been working as a neighbourhood police officer in Leicestershire when he was first signed off sick with gout on October 12, 2021.

However, the illness was all a ruse, with the officer even faking GP letters to ensure he stayed off work on full pay for three months.

The hearing, which was held in his absence at force headquarters in Enderby, Leicestershire, heard how Gorania claimed the gout was so severe he could not work—even from home.

He even limped to his front door to prove his limitations to his line manager on one occasion, but this was all an act as he was found to be working a side job and keeping active, with footage proving he was a competitive five-a-side footballer during his alleged sickness.

The hearing was told how, during Gorania’s sick leave, all officers must abide by the force’s sickness procedures, which mean staff “must be truthful” about their condition.

They must also not work in a way that “would aggravate their condition” but this was not the case for the former officer.

Despite repeated claims he could not work lighter duties from home for Leicestershire Police, Gorania worked for his already-known side job as the manager of a portfolio of leasing and lettings properties.

He was on full pay from the force during his absence, with the side job adding to his earnings.

On 19 separate occasions during his supposed case of gout, he was seen playing, something Dave Ring, from the police’s legal services team, said was “blatantly dishonest”.

He said: “This is an extreme deception. It required planning and forethought. This behaviour was cynical and dishonest.

“It is blatantly dishonest behaviour. He has shown no remorse for his actions.”

When questioned about his deception, Gorania did not dispute what he had done, accepting that he had lied to his line manager and that he could have worked.

However, he denied that his actions were misconduct.

The reasons for the fakery came to light too, with the hearing telling how Gorania held a grievance following a previous minor misconduct hearing.

This saw him given words after he had claimed his bosses treated him differently because of his race and had been held back in his career development.

“He wanted to get his own back on the organisation. He said ‘if they do not care about me, why should I care about them?’”, said Mr Ring.

Those claims were all dismissed, with Gorania even admitting race was not an element for his grievance.

The former officer was charged with breaching the standards of professional behaviour for officers, with the breaches questioning his honesty and integrity.

Chief Constable Chris Haward of Lincolnshire Police, who chaired the hearing, believed that Gorania had been dishonest throughout.

He said: “[Gorania’s] grievance does not justify his actions.

“I fail to see how his disillusionment with Leicestershire Police justifies his behaviour – especially as he continued to claim a full salary, which is public money we must remember. This was dishonesty for financial gain.”

Mr Haward said that if Gorania had not resigned from the force, he would have been dismissed. He said: “The facts are not in dispute.

“There is no doubt in my mind that Gorania’s actions amount to gross misconduct. His actions would have brought into question the trust and integrity of Leicestershire Police and harmed public confidence in the force.”