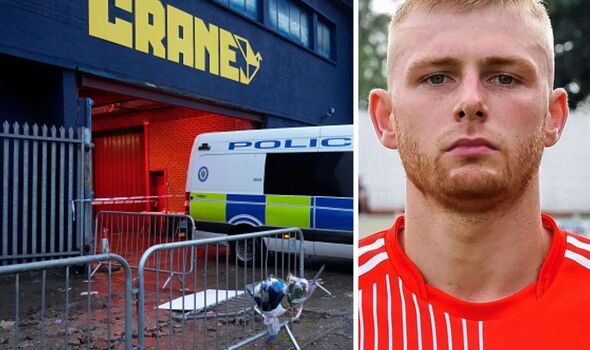 Police have named two men in their twenties charged with the murder of Cody Fisher, who was fatally stabbed at a nightclub in Birmingham on Boxing Day. West Midlands Police said Kami Carpenter, 21, and Remy Gordon, 22, have been charged with murder and affray. The two pair from the city have been remanded into custody to appear before Birmingham Magistrates Court on Monday

He praised the “fantastic support” police have received frtom the public with their enquiries and have continued to urge anyone with information to contact them.

Detective Chief Inspector Ingram said: “This is a significant development in our investigation as we seek to get justice for Cody, his family and friends.

“We’ve received fantastic support from the public who’ve really helped us in our enquiries so far.

“However, we’re still really keen to hear from anyone with information who has not already spoken to us. Every piece of information helps our investigation.”

West Midlands Police has set up a dedicated online page where people can send information, photos and videos that may help with their ongoing investigation.

A post-mortem was held on Wednesday, which confirmed the 23-year-old Fisher had died of a stab wound. Police said they had recovered a knife as part of the investigation.

Mr Fisher’s girlfriend Jess Chatwin posted an emotional message on Twitter the day after his death.

She wrote: “You didn’t deserve any of this. I’m so sorry this has happened to you my baby please come home. I love you forever Cody Fisher.”

A statement published by the police and attributed to Mr Fisher’s family said: “They have broken our hearts; I have lost my best friend.

“My family and I are asking for privacy and respectfulness at this heart-breaking time.”

Earlier this week, West Midlands Police said it had applied to Birmingham City Council for the Crane’s license to be reviewed.

It added licensing officers will be asking for “immediate measures to be put in place to ensure public safety, and the hearing is due to take place tomorrow”.

A planned event tonight to celebrate New Year’s Eve was cancelled by the venue.