Police attacked at scene of suspected shooting and stabbing in Brixton

A crowd threw objects at police at the scene of a suspected shooting and stabbing in Brixton, south London.

Officers, including some with firearms, were deployed to Moorland Road at around 9.30pm on Wednesday after what the Metropolitan Police described as a “serious incident”. Paramedics from London’s Air Ambulance also attended and police said a man in his mid-20s was found with what are thought to be gunshot injuries and stab wounds.

He was taken to a south London hospital, where his condition was assessed as not life-threatening but may be life-changing, police said.

A 17-year-old boy was arrested on suspicion of attempted murder and remains in police custody. 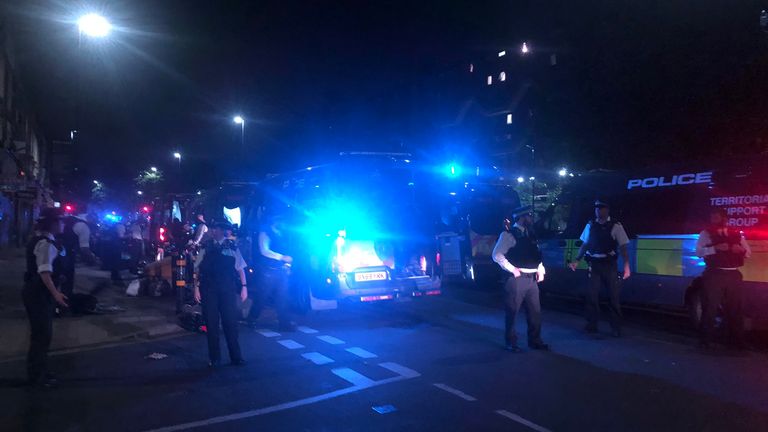 The force said officers were approached by a large group of people and objects were thrown towards them.

No officers are believed to have sustained any serious injuries and officers from the Territorial Support Group worked to disperse the crowds.

A crime scene remains in place and a police presence in the area.

Anyone with information is asked to call the police on 101 quoting reference Cad 7951/02Jun.