Plea to save libraries as pandemic sparks new round of cuts

Councils in London 'may become like Croydon' warns chair

The crucial community hubs have been hit hard by a year of building shutdowns on top of slashed funding and staff cuts. Pressure groups last night said the situation is critical, with further council cutbacks of around 14 percent in the pipeline. Laura Swaffield, chairwoman of the Library Campaign charity – which fights to save the institutions – said libraries were more important than ever and battled to offer crucial services during lockdown.

She said: “Their free online goodies became a lifeline to many – e-books and audiobooks, newspapers and magazines, films, reference works.

“As they open up, I expect a flood of pent-up demand. Libraries can help with anything from loneliness to needing benefits or a job. They save other public services a fortune. We can’t afford to damage them any further.”

But campaigners fear cuts to council funding threaten the future of yet more libraries.

Isobel Hunter, chief executive of charity Libraries Connected, said: “Even before the current crisis, many local authorities were struggling financially and this is reflected in the cuts to library spending. Even more concerning is our members have told us they face even larger cuts – with an average reduction of 14 percent in budgets.”

Ms Hunter said the extra cost of adapting to a rise in digital products, such as e-books, has left libraries needing more funds. 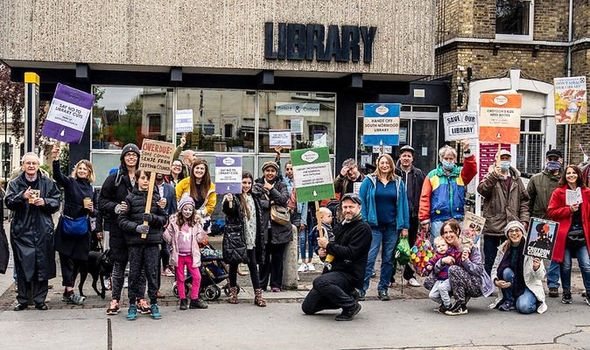 She added: “We have estimated a funding gap of £4million in England alone to meet the increased demand for e-books this year. “

The Daily Express’s ongoing crusade to save our public libraries is backed by politicians, celebrities and charities, stressing their importance to local communities.

Backers include Richard Madeley and Judy Finnegan – who run their hit book club – and the author Katie Piper. Analysis of Government data reveals libraries in England have had their funding slashed for the fifth year in a row.

The overall amount spent on them has dropped by nearly £300million in the last decade – from more than £1billion in 2010 to £720million last year. As a result, more than 800 disappeared during that period.

Countless more are under threat, with experts warning of possible future “library extinction”.

Despite their plight, libraries adapted during the lockdowns.

Libraries Connected said more than 3.5 million additional e-books were borrowed between the end of March and mid-August 2020, an increase of 146 percent.

But it’s not just books they come to borrow. Most libraries provide free Wi-Fi and PC access, allowing older people and those with no internet at home to complete basic administrative tasks.

More than 30,000 people – including the authors JK Rowling, Philip Pullman and Malorie Blackman – have signed a petition calling on the Government to ringfence library funding.

In a reply to the petition, the Government blamed councils for the closures and said ringfencing was inappropriate. 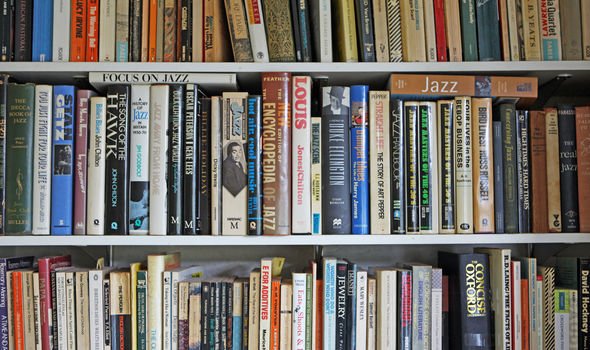 Campaigners in Croydon have been battling to save five of the area’s 13 libraries.

The council wanted to shut them to fill a £67million budget hole.

The authority has relented on full closures but said they may only be staffed two days a week.

However, users claim this is “closure by stealth”.

Protesting outside South Norwood Library, Joanne Older, 53, said a lack of access during the pandemic had already hit her.

She said: “A couple of Fridays ago I had to do a job interview over video – even the email said you can use your local library, but that’s not available to me at the moment.”

Tory MP Chris Philp said: “The council has run up so much debt through reckless spending it has become bankrupt, but cutting vital services like libraries is not the solution.”

A spokesman for Croydon Council said it, “ruled out closing five of its libraries but may work in partnership with an organisation or reduce opening hours under plans going to consultation”. 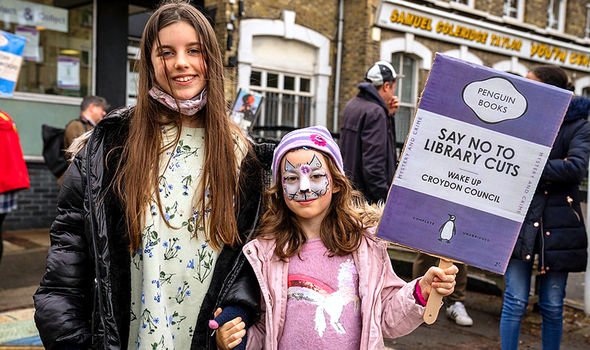 Comment by Laura Swaffield, Chair of the Libraries Campaign

HOW much damage has the pandemic done to public libraries? Services are cautiously restarting. Branches wait in line to open as safety measures are tested.

But how many will never reopen? Or be permanently cut back? Councils have spent heavily on Covid facilities. They haven’t been fully repaid. The union Unison estimates a national shortfall of £10billion.

Yet lockdown has shown what a bargain council libraries are – even with buildings closed. People discovered their online goodies including audiobooks, newspapers and magazines. All free. Usage went up 600 per cent in some places.

That’s not all. Most libraries improvised new online events, including rhyme-times for toddlers, children’s clubs, author talks and festivals.

These were a godsend for many. Libraries save other services a fortune. Whether it’s information, internet access or human contact.

It’s time to recognise this, and fund them properly. 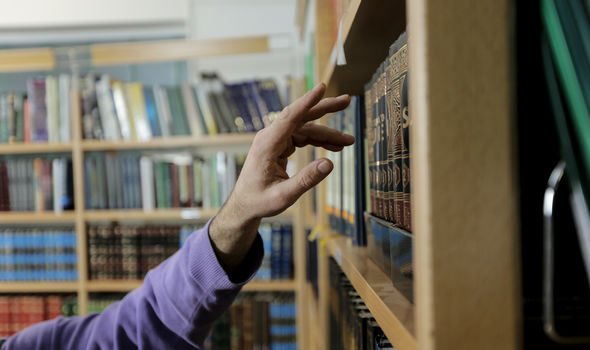 LIBRARIES are incredibly important in our post-Covid recovery, supporting children to regain skills and catch up.

They also help adults retrain through jobs and skills advice – and boost mental wellbeing of all users. Councils want to do everything they can to keep libraries open despite ongoing funding pressures.

There has been a fantastic amount of creativity and ambition among staff to continue offering resources.

This has been challenging due to the cost of e-books, which is much higher than for private purchasers. Combining this with rising demand for services – such as homelessness support, child services and adult social care – councils are forced to divert funding from other vital areas.

It is vital that libraries receive necessary funding to continue supporting communities.