A pair of drunken Brits were filmed punching fellow passengers on a plane after being on a bender for eight hours.

Two men in their early 30s, from Bermondsey, south London, were being ‘abusive and loud’ before the Tuesday 6pm WhizzAir flight from Gatwick even took off.

They had bragged about drinking at the airport since 10am that morning, according to passengers.

When a friend joined them with a litre of vodka, the pair’s behaviour on the flight to Crete soon escalated.

One of the men started off by sitting in someone else’s seat and then told them, ‘F*** off you c***’, when he was questioned.

A passenger told the Sun: ‘They were targeting everyone and telling people: ‘When we get off this plane I’m going to smash you up. They were smoking cigarettes and vaping during the flight.’

The men continued drinking for the duration of their journey and things eventually ‘kicked off’ when a stewardess told them the police would escort them off the plane once they landed in Greece. 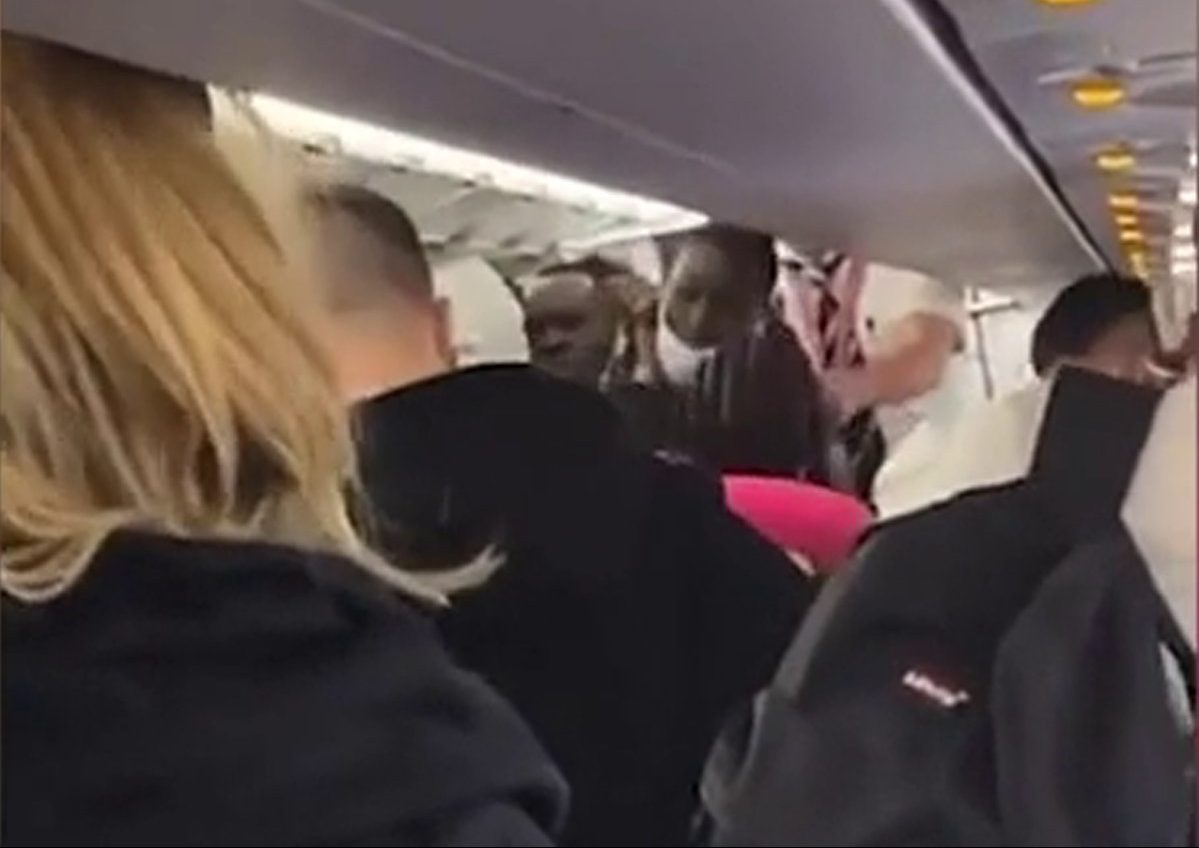 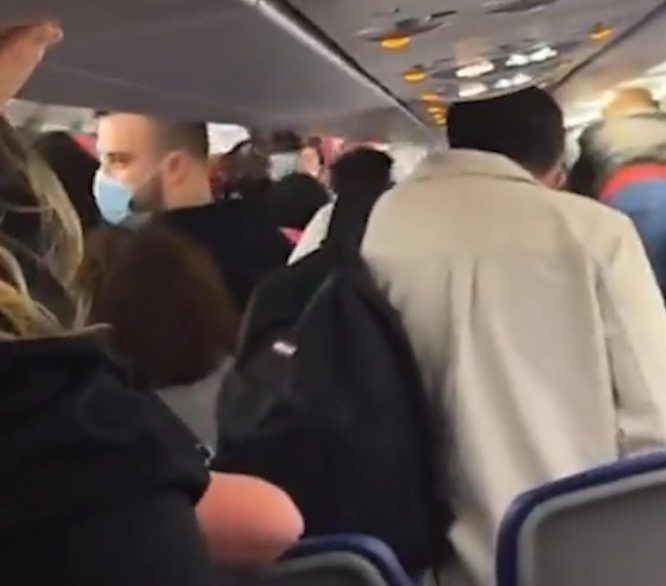 Footage shows the moment a fight broke out, causing ‘complete and utter chaos’ on board.

The men appear to start punching people as a group of other male passengers try to hold them back.

The pilot came out of the cockpit to try and calm things down but passengers say even he got hit.

Eventually police dragged the main culprit off the plane – who was covered in blood with his trousers around his ankles.

But the effects of the men’s stupidity continued to ruin other passenger’s journeys long after they’d gone.

It took passengers two hours to get through security and give police statements, meaning many people missed their airport transfers and were stranded after midnight.

By the time the airplane crew had dealt with everything, they had worked too many hours to legally run another flight.

So the plane’s return flight to the UK was cancelled, leaving Brits waiting to come home for a whole 24 hours.

Explaining the delays to flight W95742, WizzAir said: ‘The cabin crew handled the situation as they are trained to do and reported the incident to the respective authorities, who arrested the passenger on arrival.

‘Wizz Air sincerely apologises for any inconvenience caused, but the safety of passengers and crew is the airline’s number one priority.’