Pictured: 'Perfect' mum stabbed to death alongside son, 5, at their home 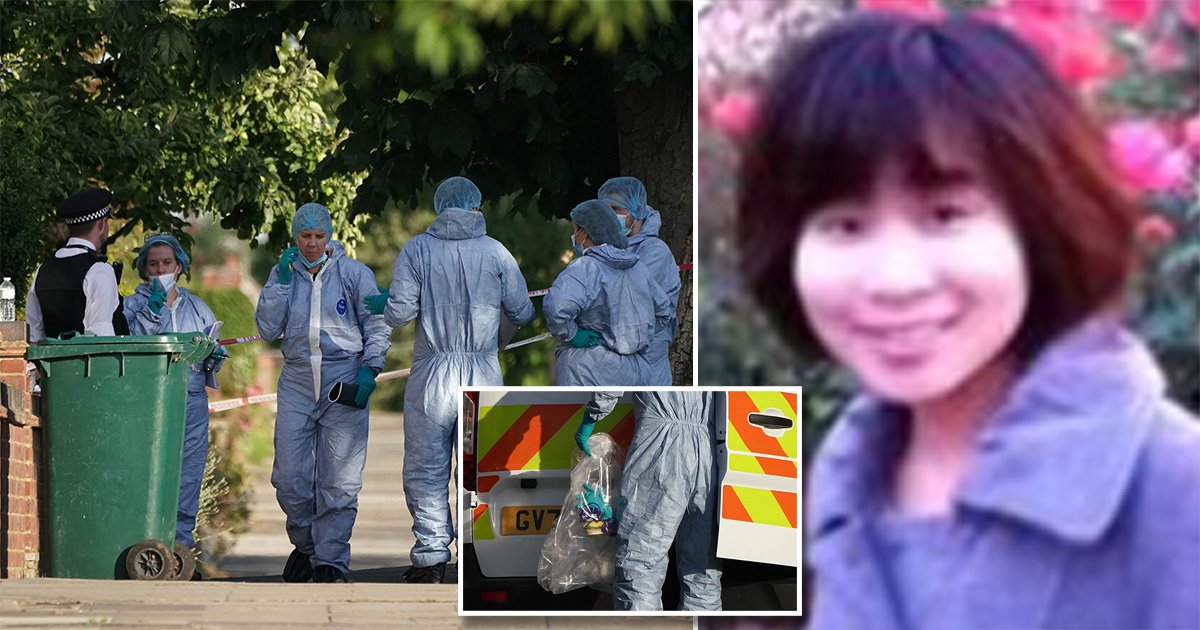 A ‘doting mother’ who was found stabbed to death alongside her five-year-old son at their home in north London has been named.

Tributes have poured in for Yi Chen, 37, who was found dead yesterday afternoon in Barnet.

Medics tried to save the mum-of-two, but she died at the scene along with her son – named by friends as Duan Duan.

A 37-year-old man who is thought to be known to the family was arrested yesterday and continues to be questioned by detectives.

Devastated friends and family sobbed as they left flowers, toys and candles at the crime scene, along with a chocolate Hogwarts castle from Harry Potter.

One relative told MyLondon: ‘He was a child, only five. He loved Harry Potter and toy cars.’

Mourners also left a cardboard sign reading: ‘There is no evil and suffering in heaven! Rest in peace! Thank you for the happiness. You will be remembered.’

A friend who lives close to the family’s previous home told MailOnline: ‘Yi was a lovely lady, a doting mother. She was perfect.

‘She stayed inside a lot of the time, but when I did see her, she was outside having fun with her children.

‘Her youngest son was Duan Duan. He was a cheeky little boy but full of character, even at the young age he was when they lived here.’

Yi lived with her 37-year-old husband Shuai Yuan, Director of Data Science at TV firm FreeWheel, and their older son, aged 10. The family had been living in the UK since 2010 after moving from Beijing.

A man who lives nearby said his wife heard a woman screaming at around 1.30pm and says police and paramedics were there within minutes.

He added: ‘This is so shocking because this has always been a peaceful, safe area. I’d never heard any arguments or anything like that from the house before.’

Detective Chief Inspector Claire Hine said: ‘My team of experienced detectives continue to investigate the circumstances that led to the tragic death of this woman and her son.

‘Detectives have already spoken to a number of people in and around the Brookside South area as we build a picture of events and this work is ongoing.

‘This incident has had a devastating effect on the family of the deceased and we have a team of specially trained officers who are providing support to them where we can.

‘We have a man in custody and we are not looking for anyone else as part of this investigation. However, I would ask people not to speculate on the events surrounding this awful incident while we establish all of the facts.’

Chief Superintendent Sara Leach added: ‘This incident has understandably caused shock and sadness in the local community; feelings that are shared throughout my team and across the wider Metropolitan Police.’