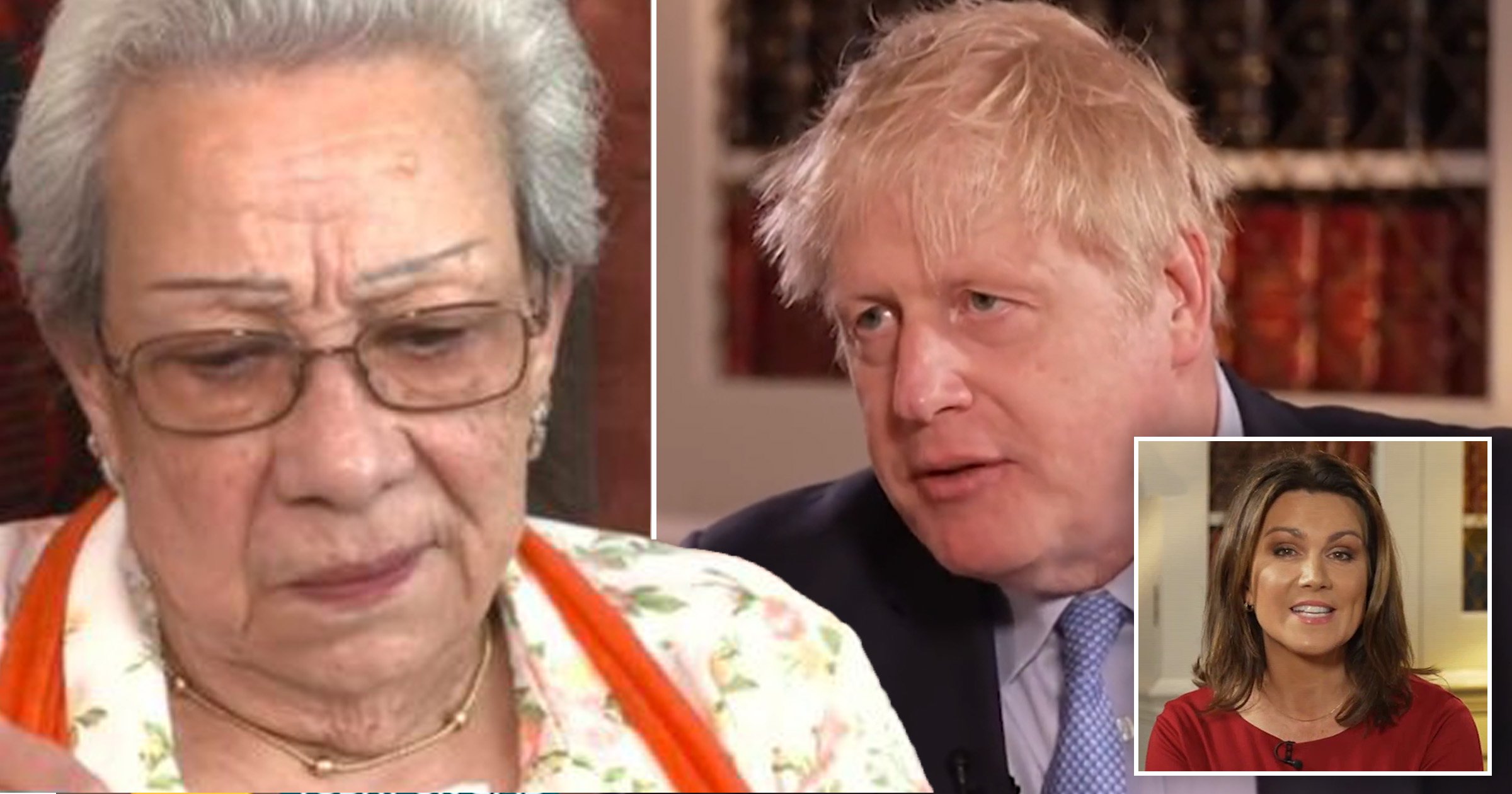 A pensioner who rides buses all day because she can’t afford to heat her home was left ‘disappointed’ by Boris Johnson’s response to her situation.

The Prime Minister was challenged with the case of 77-year-old Elsie during an interview with Good Morning Britain on Thursday.

Host Susanna Reid told him soaring energy bills have forced her to cut down to one meal a day and resort to travelling on buses to stay out of her home and keep bills down.

Mr Johnson was slammed as ‘tone deaf’ after bragging about introducing free bus passes for pensioners during his reply.

Labour leader Sir Keir Starmer accused Mr Johnson of being ‘out of touch’ on the cost of living.

‘I think if ever there was a reason to send the Prime Minister a message in these elections, Elsie is the reason.’

Mr Johnson told Ms Reid there are ‘plenty of things more that we are doing’, adding: ‘What we want to do is make sure that we have people who are in particular hardship looked after by their councils, so we are putting much more money into local councils.

‘We have the particular payments to help elderly people in particular with the cost of heating.’

Pushed on what Elsie should cut back on, he said: ‘I don’t want Elsie to have to cut back on anything.’

He added: ‘The best answer is to help her abate the cost of energy as we are, but also… to make sure there’s a direct cut in her council tax as a result of what we’re doing.’

The PM also raised the winter fuel allowance and other ‘measures that we’ve put in place to help people’.

He said the Government is ‘making sure that we take the steps now to invest in our energy supply’ to ‘ensure that we have the supply for the medium and the long term’.

Imagine responding to a story about a 77 year old woman who sits on buses all day because she canât afford heating by boasting that you made it easier for her to sit on buses.

Tone-deaf, arrogant and out of touch, in a cost of living [email protected] it is time to go.

‘Because she says there are people who are even worse off than she is, and there was no answer for them, apart from “oh I was the person who was responsible for the bus pass,” I mean, as if she’s supposed to be grateful.’

Andrew Marr added: ‘Which is by the way, not entirely accurate itself because it was the London boroughs who brought that in.’

In response to the Prime Minister’s comments about Elsie, shadow work and pensions secretary Jonathan Ashworth said: ‘It is utterly shameful that pensioners have no choice but to sit on the bus all day to avoid racking up heating bills at home, or are left shivering in blankets and only eating one meal a day.

‘For Boris Johnson to respond by boasting about the London bus pass reveals just how out of touch this narcissistic Prime Minister is.’