Pensioner killed with crossbow gave over £200k to ‘conman’ 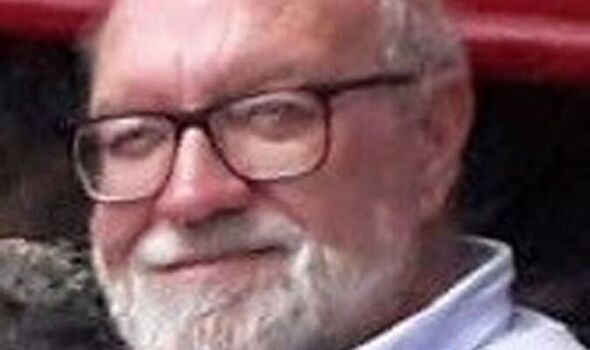 The murder of Mr Corrigan is not connected to the case against Lewis.

Opening Lewis’s trial at Mold Crown Court on Tuesday, Peter Rouch KC told the jury Mr Corrigan’s murder was why they wouldn’t be hearing from him and why they spoke to his partner Ms Bailey in April 2019.

He said: “That murder and the reasons for it have nothing whatsoever to do with this case or the issues in it.

“It was during those conversations police had with her that matters to which this case relates first came to light.”

The court heard Lewis was accused of conning a number of people out of money between 2015 and 2020.

Mr Rouch said: “Wyn Lewis is a con man. He is a fraudster.

The court heard how Mr Corrigan and Ms Bailey became involved with Lewis in 2015 and “came to regard him as a good and trusted friend”.

“It was a figment, a figment thought up by Wyn Lewis to get his hands on their cash.”

Lewis persuaded Mr Corrigan he could sell their home to a developer for more than £2 million, allowing him to buy somewhere more suitable for Ms Bailey, who had multiple sclerosis.

He also advised Mr Corrigan to set up an off-shore bank account, which he said £120,000 was needed for, and to buy a piece of nearby land.

Money was paid to Lewis in cash, without receipts or documentation being provided, the jury heard.

The court heard Ms Bailey transferred £50,000 to the bank account of Lewis’s partner Siwan Maclean, believing it was for the purchase of an old schoolhouse in Llanddona, Anglesey, which could also be sold to a developer.

But, the jury was told, the building had been sold to the village hall committee four months before.

Lewis, of Llanfair-yn-Neubwll, Holyhead, denies 11 counts of fraud and one count of intending to pervert the course of justice, and Maclean, 53, of the same address, denies entering into a money laundering arrangement.

The trial is expected to last four weeks.