Parents want hero teacher to be honoured for bravery 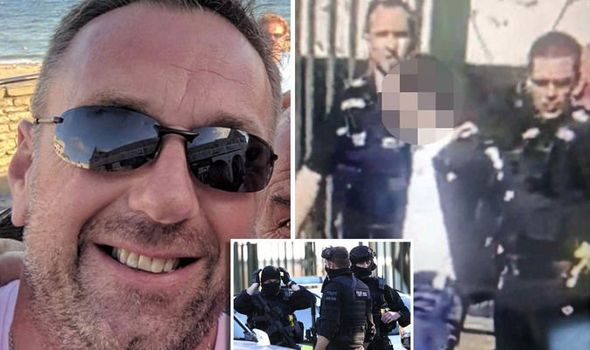 The “deeply private” hero tutor was helped by mechanics teacher Steve Hopkins and both suffered minor injuries. The gun was firing blanks. Sarah Pile, whose son was at the West Sussex FE college, said: “Such a brave and selfless act. I hope he makes a speedy recovery and receives the recognition he deserves.” While Mel Blight wrote online: “Wow! Putting themselves in harm’s way to protect their students. Deserves recognition and an award.”

The alleged attacker is said to have attended a bricklaying course at the site. He was yesterday questioned over Monday’s attack, which led to dozens of armed police and bomb squad officers evacuating the college. Students filed out with their hands on their heads.

Police took a laptop and clothes from a two-bed house in Crawley’s Furnace Green yesterday. A local said of the occupants: “They seem like lovely people.”

Chief Insp Shane Baker said: “I’d like to thank everyone who helped to quickly bring this incident to a safe conclusion, especially the two members of college staff.

“They put themselves in harm’s way in order to protect their students, fellow employees and the wider public. We are treating this as an isolated incident which was not terror-related.” 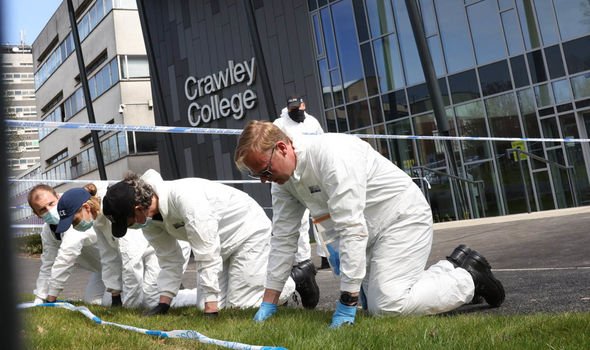 Crawley College will be closed until at least tomorrow.

Vicki Illingworth, its principal, said: “Our college community was shaken by the actions that occurred.

“I cannot praise the courage, resilience and support shown by our staff enough. Two members of our staff did sustain some minor injuries.

“Their heroic actions and the rapid response of emergency services helped to protect our college community. They are both at home, resting.”