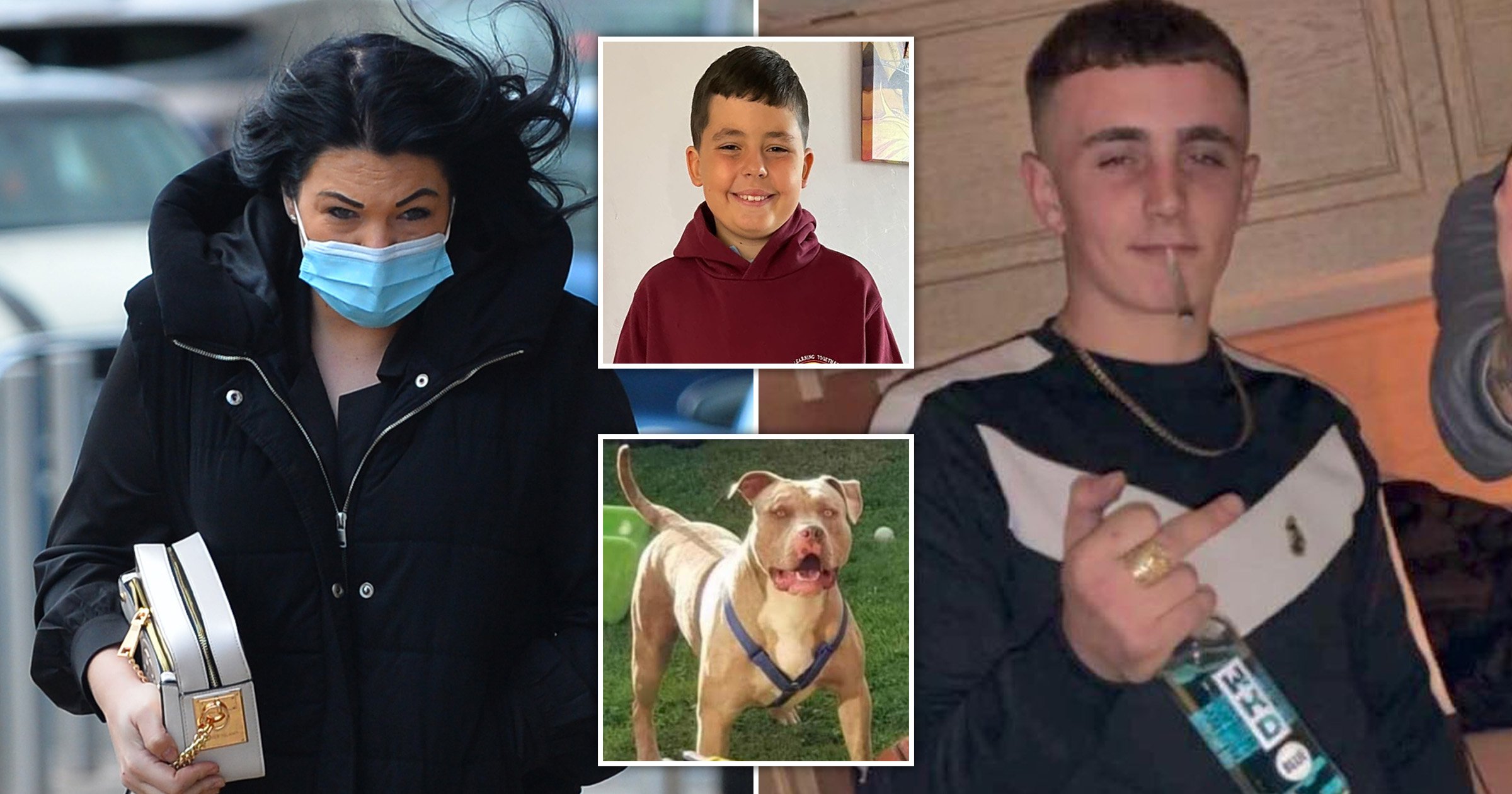 Two people have admitted being in control of a dangerous dog which killed a ten-year-old boy.

He suffered ‘severe injuries to the head and neck’ when he was set upon.

The ten-year-old and a friend had been visiting the home of Amy Salter when the attack took place.

Jack’s friend had raised the alarm with a neighbour, but the man couldn’t stop Beast’s terrifying attack.

Paramedics arrived on the scene at 4pm but were unable to save the injured schoolboy.

Beast was shot by firearm officers following the attack.

Salter, 28, and her friend Brandon Hayden, 19, were accused of being in charge of a dog dangerously out of control causing injury resulting in death.

Today, the pair admitted the charge at Newport Crown Court.

These three charges are in relation to separate attacks.

Salter and Hayden will be sentenced on 10 June at Newport Crown Court.

The pair were granted bail, but the judge told the court: ‘The likely outcome, particularly for Mr Hayden, is there will be an immediate custody.’

Jack’s family previously paid tribute to the schoolboy in a statement provided to police.

They said: ‘We are absolutely heartbroken. Our lives will never be the same without Jack.

‘This is not something any parent should ever have to be writing.

‘We have so many words we want to say about our beautiful boy, but they do not seem enough.

‘We love him more than words can describe. Our boy made us the proudest parents and family on the planet. He was the sweetest of boys.

‘We will forever miss his quirky ways and his stories that he would spend so long telling us.

The family of Jack were present in court to hear the guilty pleas by Salter and Hayden.