Oxford University graduate tells all about work in HMP Belmarsh 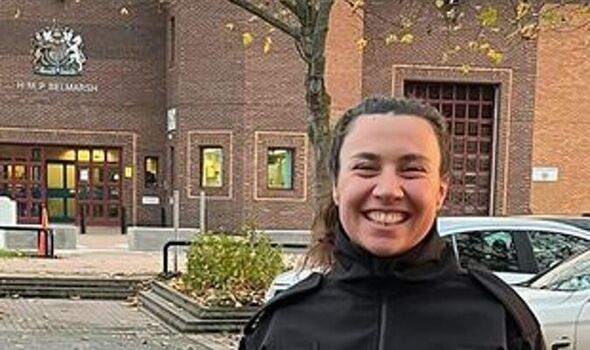 An Oxford University graduate has taken the plunge to become a prison officer at one of Britain’s most infamous high security prisons. Officer Herman, 24, joined the ranks at HMP Belmarsh in south-east London, which is one of the most infamous Category A facilities for high-risk male offenders.

The archaeology and anthropology graduate described how she believed many of her close friends and family members were “confused” by the choice.

She told The Mirror: “Being a prison officer isn’t seen as a particularly attractive job or it’s seen as a violent place, dangerous, especially in a men’s prison for a woman.”

But that initial feeling “has massively changed” since Officer Herman’s first day, she said.

She commented that those closest to her “can really understand why I’m doing it”, and there are “more positive stories” than “horrible experiences”.

She commented: “I come home from work way more often with stories about how I helped someone enrol in education or something funny that someone told me or an interesting thing that a prisoner taught me or a conversation I had.”

But the environment is “definitely quite overwhelming” and “very different” to any other workplace, she added.

In such an “overwhelming” scenario, “every problem gets amplified” which can quickly give rise to disputes.

She described: “I think that one of the valuable skills of being an officer is learning how to navigate those situations, to be able to de-escalate quickly before the situation gets to something that no one wants it to.”

But Officer Herman insists she has “never felt in danger” at the facility that gained a notorious reputation for being one of the UK’s toughest prisons.

She said she is “aware of my size and gender in that environment”, but argued it can often be a “massive asset” as a prison officer.

She continued: “The presence of female staff is really, really positive.”

She suggested that “being female has an impact on being able to de-escalate situations”.

She added: “They [prisoners] don’t see you as much of a physically threatening presence.

“And certainly, I think being young is not a disadvantage.

“I think there’s a lot of opportunity as a young person for creativity in prisons.”

Officer Herman’s time at HMP Belmarsh is part of a two-year graduate scheme, during which she will also complete a Master’s degree in Applied Custodial Leadership.