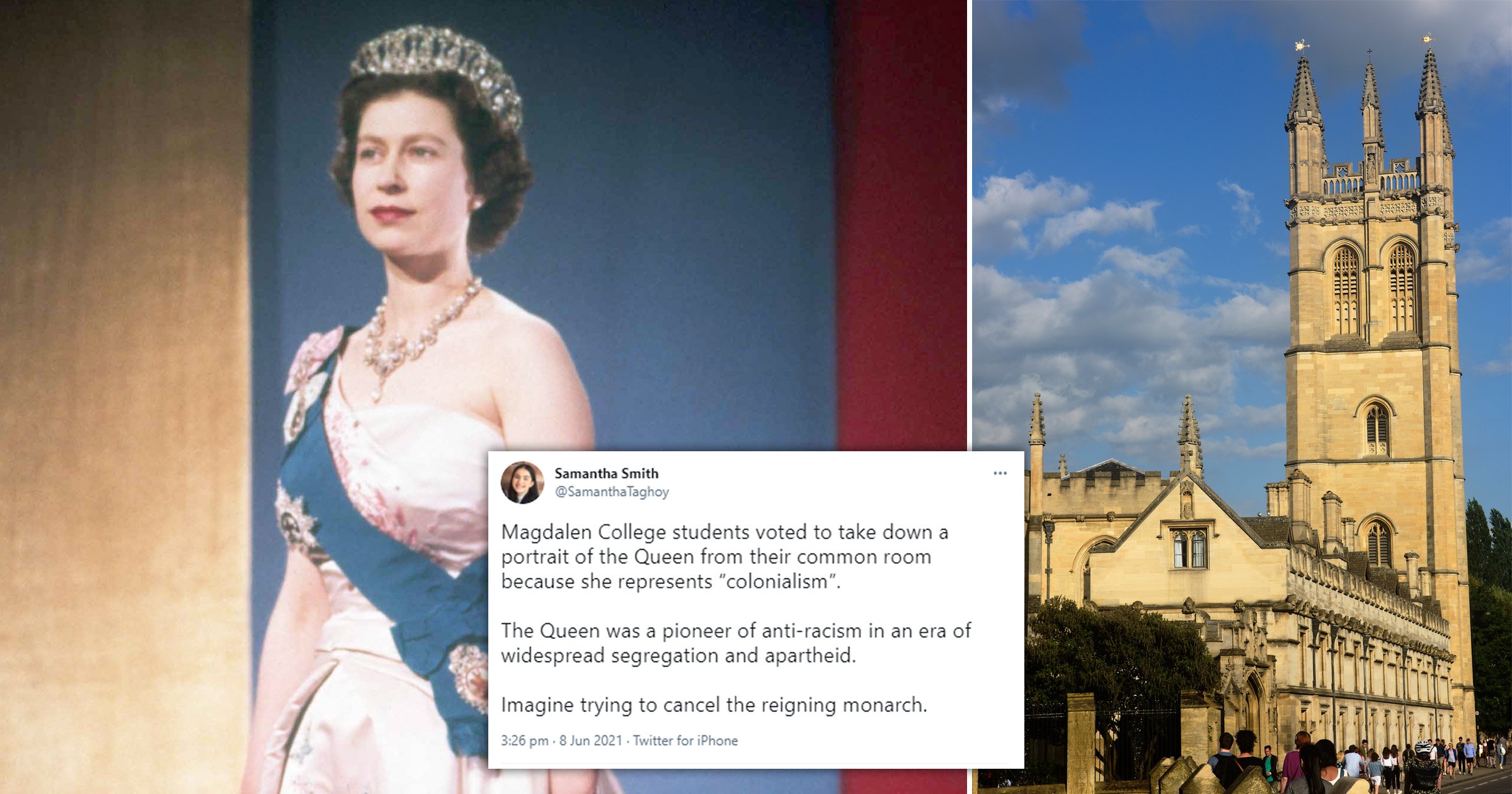 Oxford University students decided to get rid of a portrait of the Queen because she ‘represents recent colonial history’.

Graduate members of the Middle Common Room committee at Magdalen College came under fire today after reportedly voting overwhelmingly for its removal.

One student said: ‘Patriotism and colonialism are not really separable’.

Another said the intention was not to ‘cancel’ the Queen but rather: ‘This is about our communal space and making people feel welcome,’ Guido Fawkes reported.

The students overwhelmingly resolved to replace the portrait with ‘art by or of other influential and inspirational people’.

The college’s president Dinah Rose, a barrister, moved to distance the institution itself from the students involved.

She said they were not representative of the college, but supported their right to ‘free speech and political debate’.

In a series of tweets, she said: ‘Here are some facts about Magdalen College and HM the Queen.

‘The Middle Common Room is an organisation of graduate students. They don’t represent the College.

‘A few years ago, in about 2013, they bought a print of a photo of the Queen to decorate their common room.

‘They recently voted to take it down. Both of these decisions are their own to take, not the College’s.

‘Maybe they’ll vote to put it up again, maybe they won’t. Meanwhile, the photo will be safely stored.’

She finished: ‘Being a student is about more than studying. It’s about exploring and debating ideas. It’s sometimes about provoking the older generation.

‘Looks like that isn’t so hard to do these days.’

He said: ‘She is the Head of State and a symbol of what is best about the UK.

‘During her long reign she has worked tirelessly to promote British values of tolerance, inclusivity and respect around the world.’

The incident has ignited debate around cancel culture, ‘woke’ attitudes and British history.

Last month it was the Queen’s late husband Prince Philip at the centre of a university row.

A library director at King’s College London apologised for causing ‘harm’ in sending a photo of the prince opening its library ‘because of his history of racist and sexist comments’.