Over-30s will be invited to get their jab this week

Thirty-somethings are expected to be invited for their injections at the end of this week as the rollout races on. Today a new TV advertising campaign headlined “Every vaccination gives us hope” will urge under-50s to get the jab. It was originally thought those aged between 35 and 39 would be told to come forward in the second half of May or June, with those aged 18 to 24 and 25 to 29 receiving theirs in July. But the programme is ahead of time with 33.5 million people, more than half the UK population, receiving their first jab.

Some 12 million have also had a second dose.

Around 46 percent of those aged between 40 and 49 have already received a protective shot.

Yesterday it emerged Britain had outmanoeuvred Europe once more and placed an “in principle” order for a yearly booster shot.

The French-Austrian vaccine, manufactured by pharmaceutical giant Valneva in Scotland, is thought to be an ideal annual shot against Covid and potential variants.

A third clinical trial has just started and subject to regulatory approval could be available before the end of the year.

The company said it wants bilateral agreements with individual countries rather than a centralised order from the EU. Britain started negotiations with the company in September and now has the option to buy 190 million doses by 2025.

Vaccination and lockdown have drastically reduced the death toll. As of yesterday a further 11 people had died after testing positive, bringing the UK total to 127,428. There were 1,712 new cases. 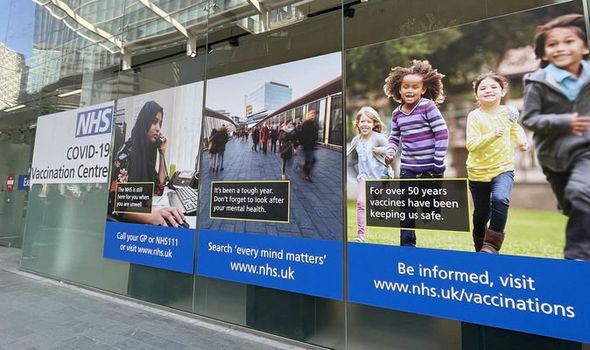 Last night Health Secretary Matt Hancock said: “The UK vaccination programme will go down in history as a phenomenal national effort in the battle against Covid.

“Vaccines are helping us get back to doing the things we have missed. They protect you and those around you.

“This campaign is a remarkable and poignant reminder of everything we’ve been through as a country and everything we have to look forward to – as well as the tireless efforts of our volunteers, NHS heroes and the British people.

“Every vaccination gives us hope and I urge everyone to take up the offer of one when it comes, as we continue on the path back to normality.”

Britain was the first country to order the Pfizer jab, months before there was evidence it even worked.

In all eight different vaccines, some of which have not yet been approved, have been ordered. They include 100 million AstraZeneca doses and seven million made by US company Moderna. 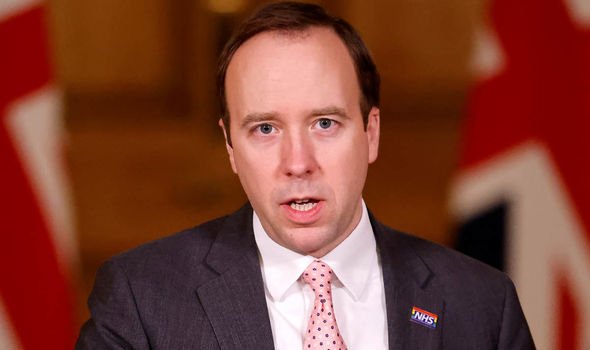 In addition there are 60 million doses each of Novavax and GlaxoSmithKline/Sanofi Pasteur, 50 million of CureVac and 30 million of Janssen (Johnson & Johnson).

A booster programme is likely to start in the autumn. It aims to give a third dose to 10.3 million over-70s and care home residents and those deemed clinically extremely vulnerable.

Another 4.3 million health and social care workers may also be included.

Evidence suggests two doses of any vaccine provides long-lasting immunity but experts hope giving a third jab before the winter will protect against another surge.

Ruth Rankine, primary care director at the NHS Confederation, said: “The remarkable efforts of so many people across the NHS, including across primary care, have led to the overwhelming success of the vaccination campaign with nearly two-thirds of UK adults having had at least one jab.” 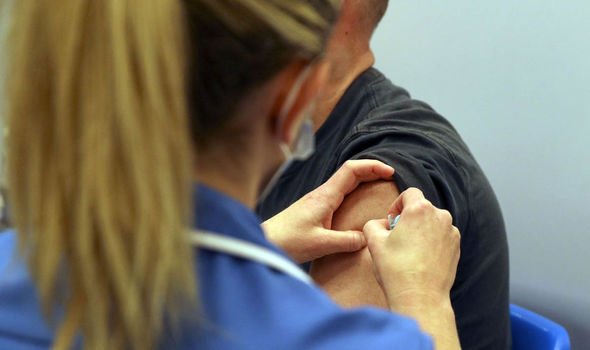 The success of the programme comes as some scientists think Britain should be set free from lockdown restrictions and enjoy a summer of liberty.

In England all legal limits on social contact will be removed by June 21 at the earliest. In an open letter, 22 signatories, including Prof Carl Heneghan, of Oxford University, and Daily Express columnist and cancer guru Prof Karol Sikora, believe mandatory face coverings, physical distancing and mass community testing should end.

But Prof Stephen Reicher, of St Andrews University, said: “We have heard from these people before. They were wrong then and they are wrong now.

“It seems remarkably insular to repeat the claim in a week where infections are their highest level ever worldwide and global deaths passed the three million mark.”

The vaccination programme started on December 8 when Margaret Keenan, 91, received her Pfizer jab.