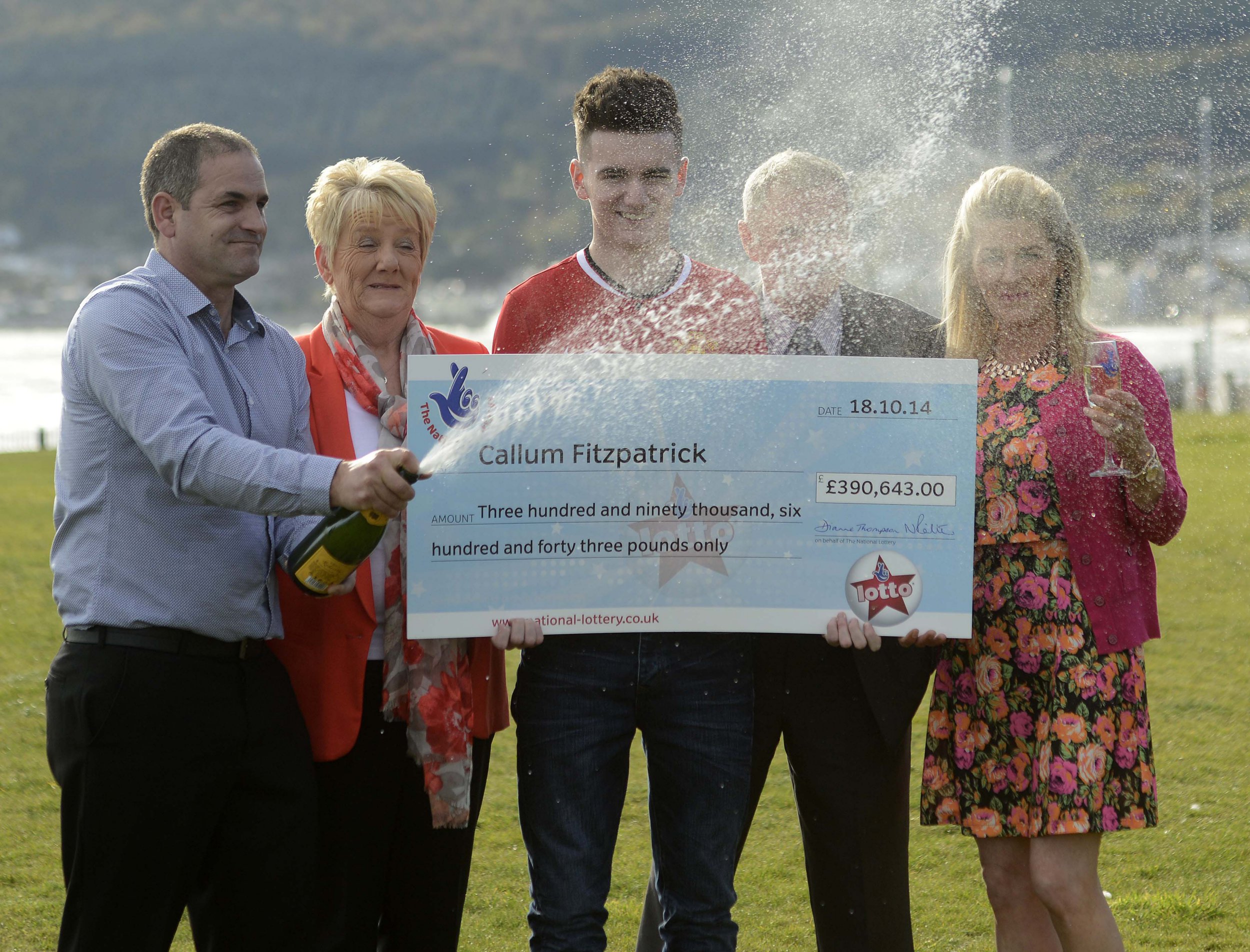 A National Lottery winner who won £390,000 when he was a teenager has died suddenly aged 23.

He became one of the youngest lotto winners from the UK in 2014 and spent part of his fortune visiting his favourite team Manchester United.

Mr Fitzpatrick found out he had won while babysitting for his aunt.

He worked at his parents Colin and Sheila Fitzpatrick’s shop at the time.

A Ballymartin GAC spokesperson said his death had shocked the local community.

They added in a Facebook post on Wednesday: ‘The Executive Committee, members, and the Ballymartin Senior men’s team are deeply shocked and saddened by the tragic sudden passing of our friend and teammate Callum Fitzpatrick.

‘The entire community of Ballymartin and surrounding area of Mourne is heartbroken.

‘We offer our sincere condolences to his father Colin, mother Sheila, sisters Tierna, Corragh and Meagh and wider family circle, a lot of whom are deeply rooted in our club at all levels.

‘As a mark of respect there will be no onfield activity at the club grounds until further notice.

‘Callum will be sorely missed by everyone involved with Ballymartin GAC. A wonderful, intelligent young man, a great friend and teammate, tragically has left this life too soon.’

Social media users paid their respects to Mr Fitzpatrick, describing him as ‘always a gentleman’.

Another person added: ‘Sending Deepest Sympathy to the Entire Family circle thinking about you all at this very sad time.’

Mr Fitzpatrick’s funeral was held in Massforth, Kilkeel, Co Down, on Friday.

Get in touch with our news team by emailing us at [email protected]For more stories like this, check our news page.