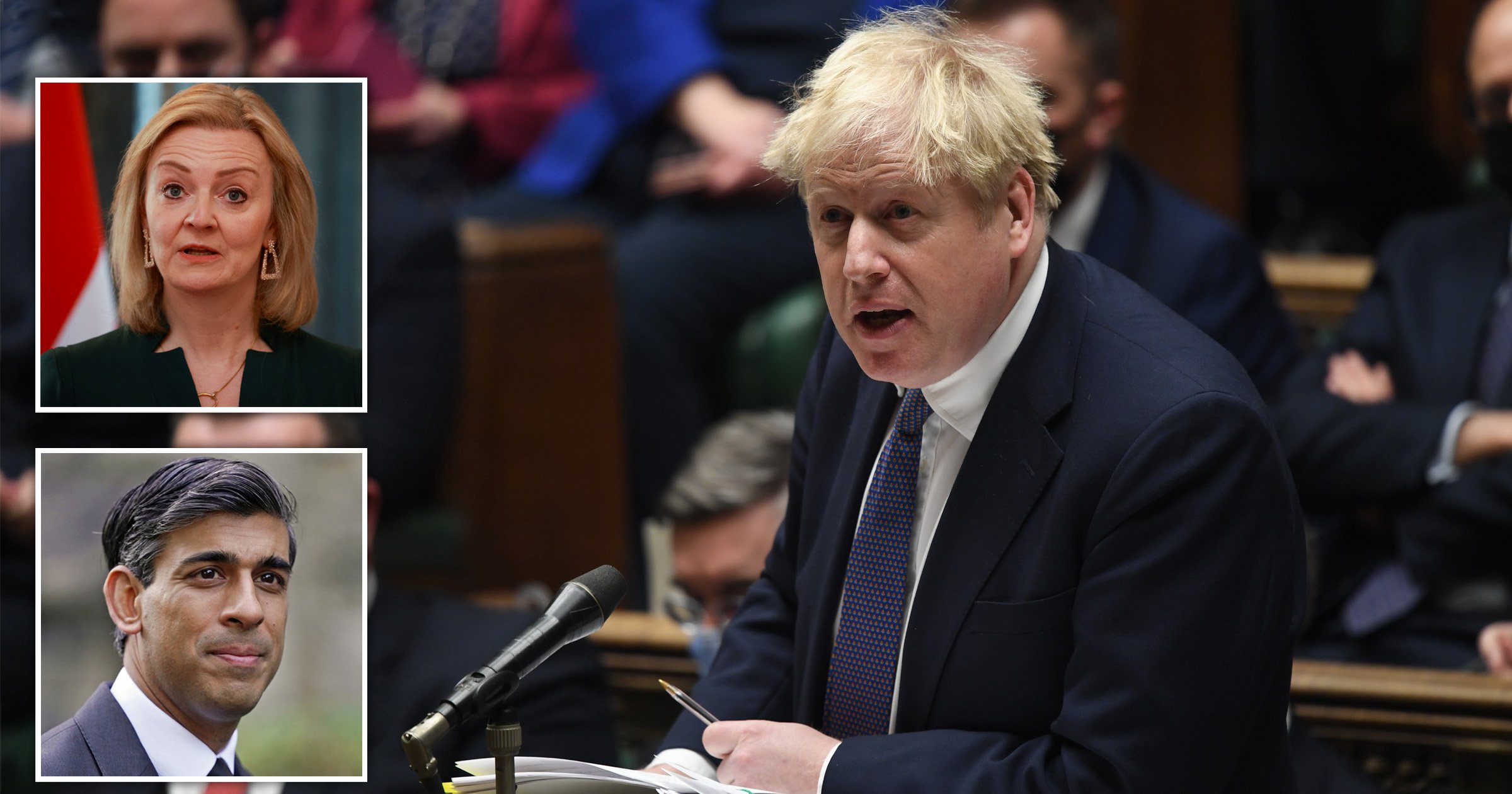 More than a third of Tories think Boris Johnson should quit as leader of the Conservative Party, a shocking new poll has found.

Almost half of Tory members now think chancellor Rishi Sunak would do a better job and take more seats at the next General Election.

After a string of controversies over sleaze, Downing Street parties and renovations for his flat, four in ten party members say Mr Johnson is doing a bad job as Prime Minister.

The number saying he is doing well dropped from 85% in July 2020 to 61% today, according to the YouGov poll for Sky News.

Mr Johnson still has the support of a majority of members with 59% saying he should remain as leader, but 34% say he should stand down — up from 9% in July 2020.

However, 46% think Mr Sunak would be a better leader, with only 16% saying he would fare worse, the poll of 1,005 Tory members found.

Mr Sunak led the list when members were asked who should replace Mr Johnson, with 33% of the vote.

He was followed by foreign secretary Liz Truss on 25% and former Cabinet minister Jeremy Hunt with 8%.

Health Secretary Sajid Javid and Home Secretary Priti Patel feature in the top 10, while outspoken MP and former soldier Tom Tugendhat is the leading backbencher tipped for the job.

Meanwhile, Lord Frost, who resigned as Brexit minister last month, warned Mr Johnson must set his government along traditional Conservative lines if he is to avoid defeat at the next election.

Lord Frost said he did not want the prime minister to stand down but instead focus on ‘free markets, free debate and low taxes’ and ‘set the direction of travel’ to appeal to ordinary voters.