And today, the 77th anniversary of D-Day, 100 surviving British ­veterans will gather to mark the opening of the British Normandy Memorial in Ver-sur-Mer. The site is behind Gold Beach, where men from the 50th (Northumbrian) Infantry Division landed on June 6, 1944. The current Covid restrictions prohibit travel to France, so these frail veterans, many of them centenarians, will instead attend the National Memorial Arboretum, in Staffordshire, to mark the deaths of the thousands of comrades who were killed in action.

On an occasion organised by the Royal British Legion and Normandy Memorial Trust, screens will display the unveiling of the £30million memorial across the Channel.

It was designed by British architect Liam O’Connor and partially funded by the Government, and it eternalises the names of those 22,442 combatants who never came home.

While the fortunate returned after Germany’s surrender in May 1945, each of those soldiers, sailors and aviators who took part in the campaign carried home indelible memories of cold sweat, slog and sacrifice as they fought to push back Hitler’s grimly determined forces.

At 3.30am on June 6, Birmingham-born Private Ray Shuck, of the 4th Airlanding Anti-Tank Battery, 13th Battalion, 6th Airborne Division, was dropped in a glider as part of Operation Overlord – the biggest land, sea and air invasion in history.

His mission, Operation Tonga, was to reinforce and secure areas around the captured key strategic Caen canal bridge at Benouville and the Orne river bridge at Ranville (later renamed Pegasus and Horsa bridges).

The aim was to help repel Nazi counter-attacks as and when they happened using his 6lb anti-tank gun and personal small arms like his Bren gun. But Ray was to have a brush with death when, near Ranville, he was shot in the head by a German sniper. 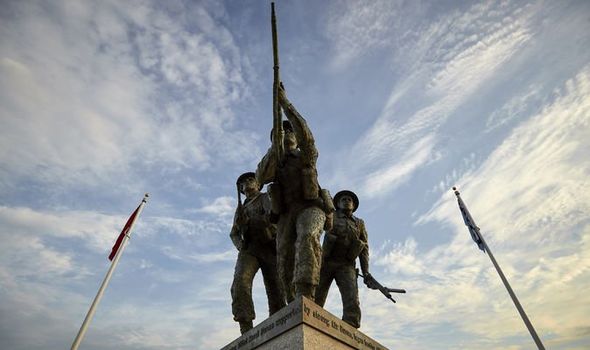 It was only because he was wearing a steel helmet rather than a beret that he survived.

Incredibly, the round passed in one side, ricocheting across the top and out the other side.

Discovered wounded by a young boy, he was taken to a makeshift hospital and eventually sent back to the UK where he was given reconstructive surgery.

Ray, who lived in Bolton and died in 2019, spoke to historian Gary Bridson-Daley for his two-book Debt of Gratitude project.

Ray recalled: “There was still loads of vicious fighting with the Germans trying to take the bridges back because they knew by then if they didn’t the troops landing on the beaches would get there, link with the Airborne troops and be able to secure those areas and that would be that!

“In France, there were always plenty of bullets flying around. You’d see a lot of your comrades dead and Germans dead.

“I caught one of them. I had blood pouring from my head and, in the heat of battle, had been assumed dead. Much later on I found out that one of the boys had shot the German sniper out of a tree – the bugger who got me!” 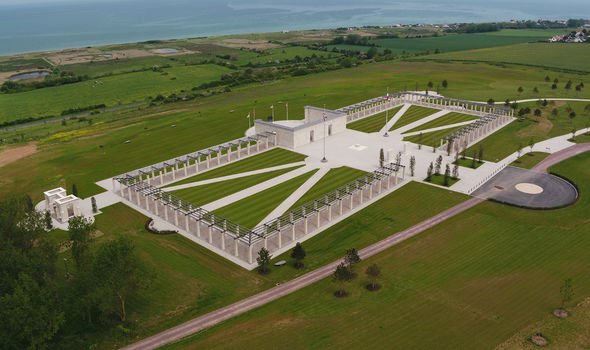 Two years before D-Day, Lancashire-born Lance Bombardier Neville Foote witnessed the costly failure of the disastrous Dieppe raid, in which 3,623 of the 6,086 men who landed were killed within just 10 hours.

Neville, who died in July 2019, described his D-Day experience: “As soon as we hit Juno beach with the Canadians in Normandy, right through to Bremerhaven in Germany, we were almost continually in action after action, battle after battle.

“We were having to press forward against a very well trained, disciplined enemy that fought with very stubborn and fierce defensive tactics when we were engaged in combat against them.

“I remember once in Normandy we had to call in flamethrower tanks to eliminate those hidden in houses. Their screams were horrifying but it was them or us and they had already killed many good men in our ranks”

Yesterday Gary, the author of A Debt Of Gratitude To The Last Heroes and soon-to-be-published The Last Stand: Memories Of War, said: “I’ve interviewed 120 veterans, half of whom were involved in D-Day. 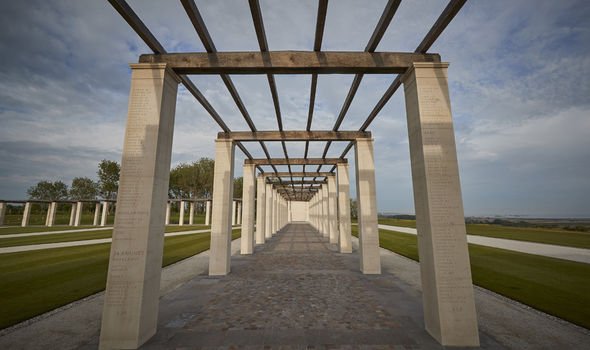 “Sadly, both Neville and Ray have passed away and I was aware that we don’t have long left to capture and preserve these vitally important testimonies before they’re lost for ever.” Last night, historian Sir Antony Beevor, author of D-Day: The Battle for Normandy, said the decision to launch the offensive on June 6, 1944 was a tremendous gamble.

“The biggest gamble was the weather. If Eisenhower and Mont­­gomery had not taken the risk to go on that night, it would have pushed D-Day back by two weeks, to coincide with the greatest storm the Channel had seen in 30 years.”

He added: “I don’t think D-Day will ever be forgotten because of its significance to European liberation.

“It will always maintain its position in our memories and hearts.”

Hundreds of ceremonies will take place around the country to mark the anniversary, with a two-­minute silence at 11am.