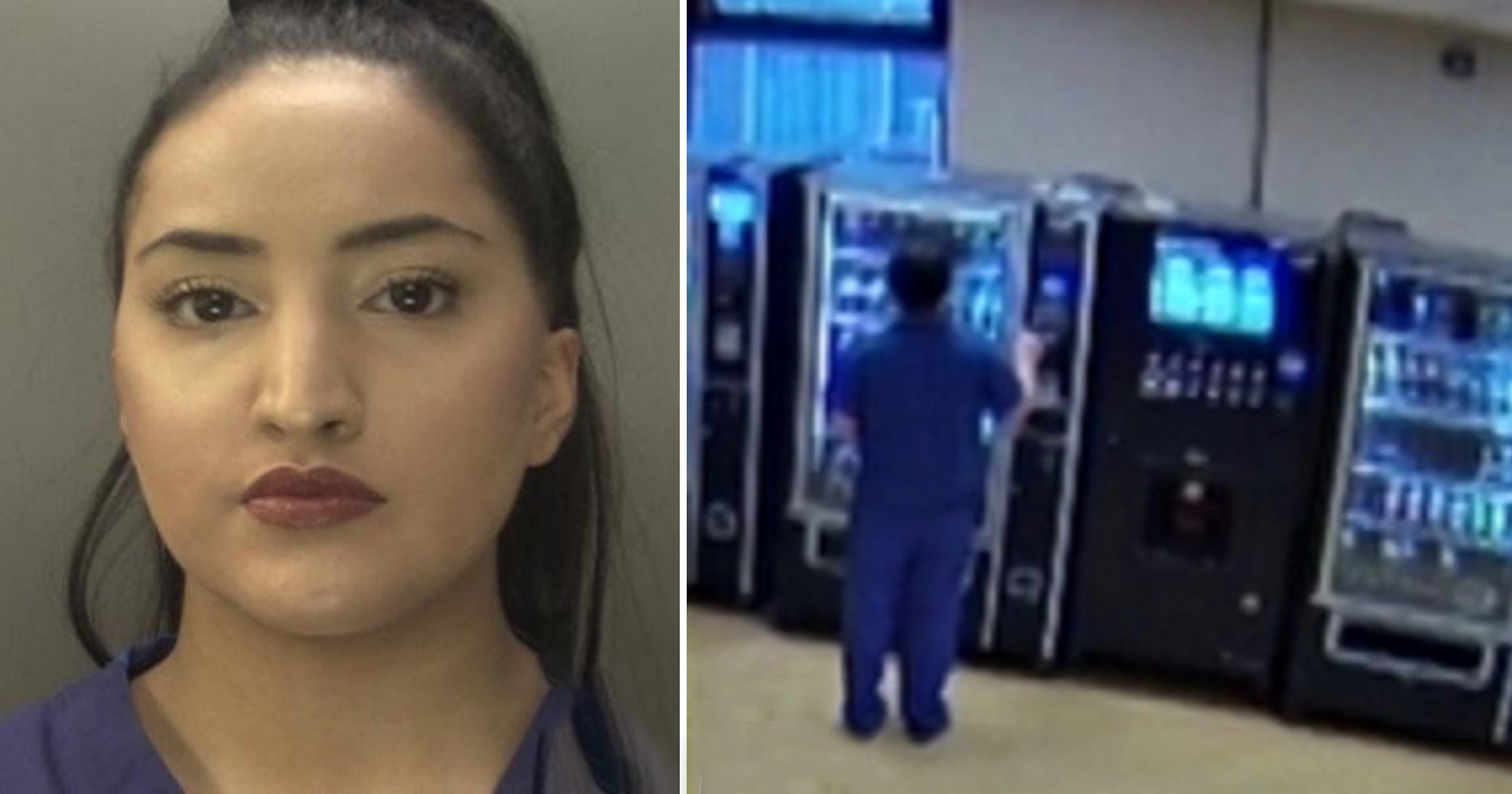 A hospital worker used a patient’s bank card to buy crisps, sweets and fizzy drinks less than 20 minutes after she died.

Ayesha Basharat, 23, has been spared jail for stealing the 83-year-old woman’s card at Birmingham’s Heartlands Hospital on January 24.

The healthcare assistant, who was working on a Covid ward at the time, helped herself to several snacks from a hospital vending machine after the pensioner’s death at 1.56pm.

She made another £1 purchase that evening and tried again twice when she next returned to work four days later on January 28.

But by that time the card had been cancelled and police arrested her during her shift while still in possession of the victim’s card.

Basharat, from Sparkbrook, Birmingham, initially claimed she found it on the floor and got it ‘muddled up’ with her own card when paying.

But a court heard how the bank cards were different colours and that Basharat had ignored hospital protocol around patient lost property.

Basharat went on to admit theft and fraud by false representation at Birmingham Crown Court on Wednesday June 9.

However, she avoided jail after being given a five month suspended sentence.

Detective Constable Andrew Snowdon, from West Midlands Police, said: ‘This was an abhorrent breach of trust and distressing for the victim’s family.

‘They were having to come to terms with the death of a loved one from Covid when they found the bank card missing – and then of course the realisation that the card was taken by someone who should have been caring for her.

‘Our Hospital Liaison Officer worked closely with Heartlands security team to gather evidence in this case.

‘I’d like to thank them and the victim’s family for their support during the investigation.

‘I wish the family all the best for the future and with this conviction hope they can move on from this upsetting episode.’