A 30-year-old man was arrested at the scene on suspicion of attempted murder of a police officer by Devon and Cornwall Police. The officer was left with burns to his arms and legs but they are not thought to be life-threatening.

Home Secretary Priti Patel has condemned the attack as “unacceptable”.

She wrote on Twitter: “A truly appalling and unacceptable incident.

“My thoughts are with this brave officer and his loved ones at this time.”

Police were called to the incident on Trevenson road at about 10.20am this morning, following reports of a “male behaving aggressively”. 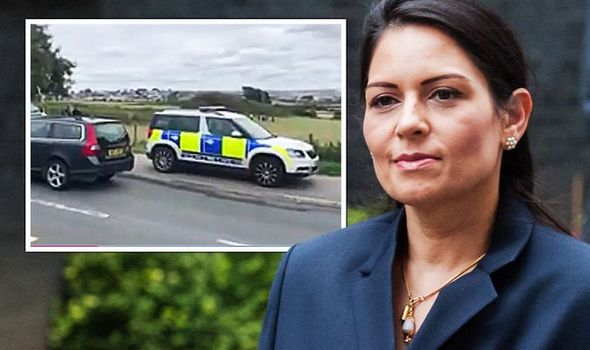 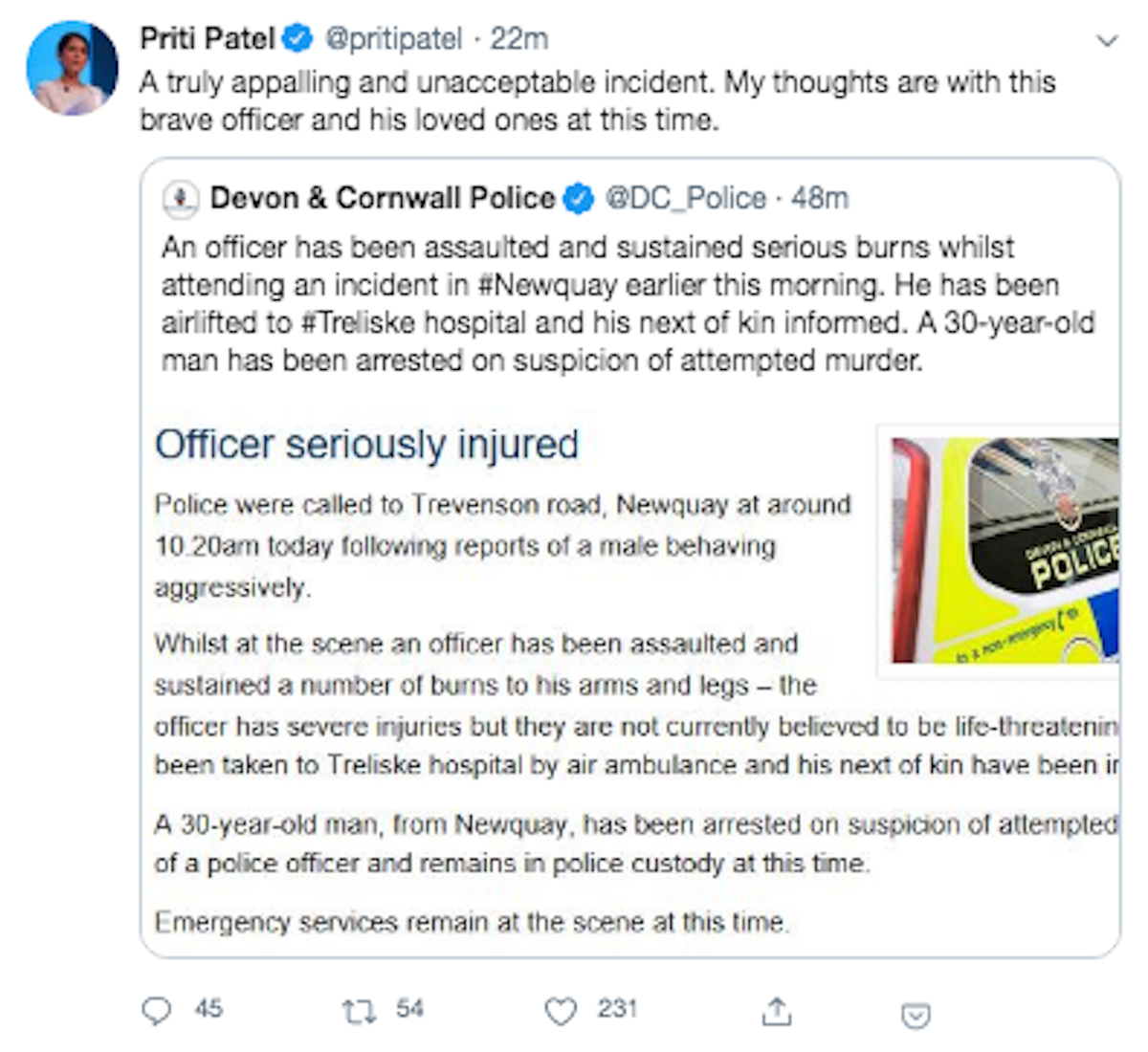 It is not yet clear what the exact nature of the burns are.

A statement from Devon and Cornwall Police said: “Whilst at the scene an officer has been assaulted and sustained a number of burns to his arms and legs – the officer has severe injuries but they are not currently believed to be life-threatening.

“He has been taken to Treliske hospital by air ambulance and his next of kin have been informed.

“Emergency services remain at the scene at this time.”