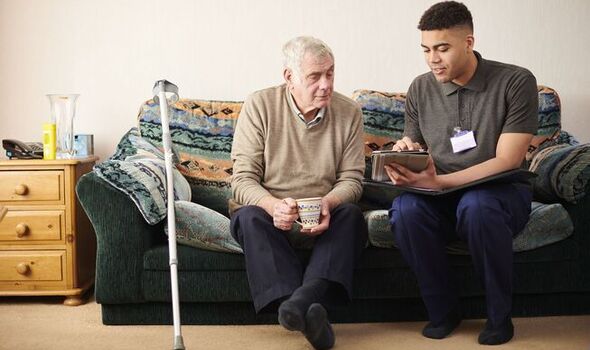 Charities have warned that the National Grid will have to consider the effects on older people before any potential blackouts this winter after an automated notice was issued earlier in the week by the National Grid ESO (Electricity System Operator). Age UK, one of the country’s leading charities supporting older people, has said that contingency planning should include “going door to door if necessary” to identify vulnerable households.

The notice was withdrawn at 2:33pm.

The company can issue various routine alerts, including an automatically generated CMN and an Electricity Margin Notice (EMN) issued by the control room based on engineering judgements.

In much rarer cases, they may also issue a High Risk of Demand Control (HRDR) or Demand Control Imminent (DCI) notification when the electricity demand exceeds supply levels.

The National Grid ESO does not make or sell electricity; they are purely responsible for its distribution by what they describe as “Balancing” the system.

The service has previously warned of the, albeit unlikely, potential for rolling blackouts this winter based on a shortage of gas imports.

As reported by the FT in mid-October, the head of the National Grid, John Pettigrew, warned the company might have to impose rolling power cuts between 4pm and 7pm on “those deepest darkest evenings in January and February” if gas imports could not keep up with demand.

Ofgem, the energy regulator, recently approved plans for the National Grid ESO to implement a Demand Flexibility Service which will allow both businesses and the public to be paid to reduce/move their electricity use out of peak hours following a signal from the ESO.

Now, charities are warning of the effects that any potential blackouts could have on older people, urging the National Grid, network operators, and the government to have contingency plans in place.

Caroline Abrahams, Age UK Charity Director, told Express.co.uk: “Our understanding is that the National Grid withdrew its blackout warning quite quickly so there is no need for any immediate concern. However, it is important to be prepared, as a country and as individuals.

“If planned electricity outages are rolled out at some point later this winter it is essential that the national grid prioritises vulnerable households and completely exempts them from their impact.

“This should of course include anyone signed up to the Priority Services Register, but network operators must do more than this, going door to door if necessary to proactively identify vulnerable households who remain unregistered or who have not updated their status.

“The Government must make sure that the National Grid and network operators have contingency arrangements like these in place before there is any immediate prospect of domestic customers losing their access to power.”

Should blackouts take place, the consequences for older people can be severe.

Many over 65s are already cutting back on their energy use amid the cost of living crisis, with some heavily relying on equipment that needs a power supply.

John Palmer, Director of Policy and Communications at Independent Age, also told Express.co.uk: “For older people, living in a cold and dark home can severely damage their health. Their risk of falls increases and long-term health conditions can be made worse.”

“Many older people also rely on equipment that needs continuous power, including telephones connected to their broadband routers.

“We know many people over 65 are already cutting back on how much energy they use, as the cost of living pushes their limited budgets to breaking point.

“People are already eating just one hot meal a day and turning the lights and heating on for as little time as possible. The idea of further rationing because of blackouts is incredibly worrying.

“The government must ensure older people have enough support to survive this winter. Without it, the hard truth is more older people’s health conditions will get worse and they could die.”