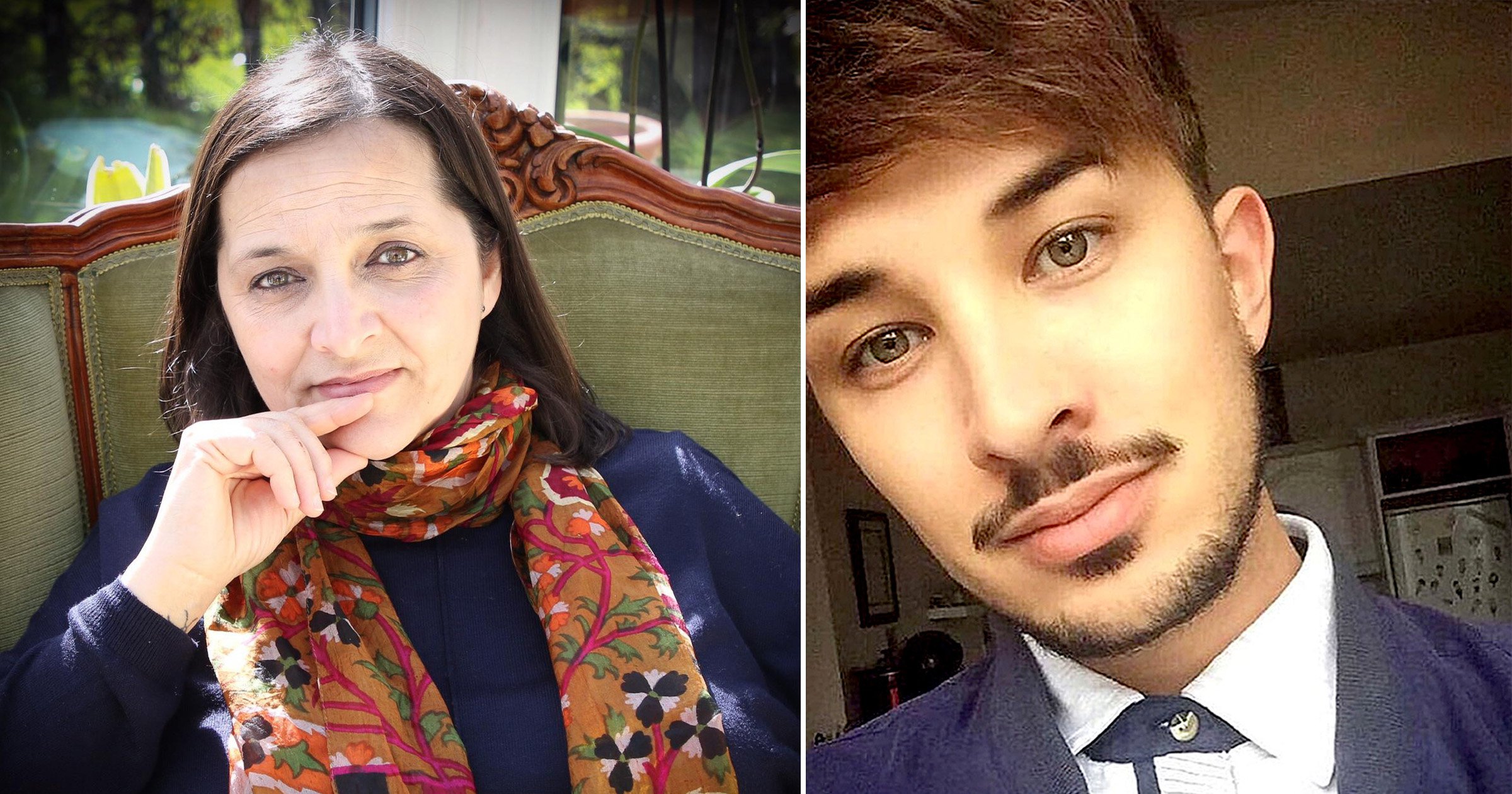 As someone whose son, Martyn Hett, was killed in the Manchester Arena attacks, the new memorial to the victims in the city centre feels somewhat bittersweet.

Although it has only just been officially unveiled, I first saw it in December, when families of those lost to the attack were invited to view it ahead of its opening to the public.

We were told we could put sentimental things into a time capsule to be opened at some point in the future. Initially, we wanted to fill ours with photos of Martyn, and memories that were special to us, but since there’s only a limited amount of space, my husband came up with the idea of putting all our pictures on a USB stick.

The only problem is if the capsule is opened in 100 years time, and there’s no technology available to see it.

The memorial space is well set out, and intimate. I can’t wait to see when all the flowers are in bloom and everything’s greener. It will be a peaceful and lovely place to go and reflect.

As difficult as it feels, I know how important memorials like these are – I’ve been to the 9/11 memorial and to the one in Christchurch, New Zealand for those who died in the earthquake in 2011. They serve a real purpose for the bereaved families who go there on special occasions like birthdays, Christmas, New Year – and we’ll do the same. On all these significant days, it will be somewhere for us all to go and focus, contemplate and remember.

While the memorial is important for us as families who’ve lost loved ones, I strongly believe it’s vital to have it in the centre of Manchester, right between Manchester Cathedral and Chetham’s School of Music – because on that night of the attack, that’s what the terrorist was targeting.

He didn’t single Martyn, or anyone else out. He didn’t care who he killed, he just wanted to attack the heart of Manchester, democracy and everything we stand for in our society.

My son had an extraordinary sense of humour. He saw the funniest details in the most everyday things – like a noise that Audrey from Coronation Street often makes. One of his friends told me that even a 10-minute trip to a random charity shop with Martyn would turn out to be one of the most hilarious experiences ever.

As well as being ridiculously funny, Martyn always stuck up for the underdog and made a point in his life to support people. He was so giving. When he died, we saw on his bank statements that he had a standing order to send money to a friend, as well as to a cat charity. Sometimes it meant that he’d run short and have to ask me for money, but I never minded.

The first year after losing Martyn, I was in shock and deep grief. However, I had many questions. I was ashamed to realise that I knew nothing about terrorism. While it was on the news on a regular basis, I’d think ‘Oh my God, these poor people’, before quickly changing the channel or getting up to something else.

It was too uncomfortable; it wasn’t my world or something that interested me. It wasn’t happening right here, I thought – how wrong I was.

After the attack, I wanted to know why people do these things. Why is somebody prepared to kill themselves and others? Why is that feeling so strong?

A year after the first anniversary, I told my husband that I was ready to go and do some work. I wanted to learn more, and talk with young people in schools, colleges and universities to warn them about terrorism.

Some of the work I’m most passionate about is speaking to school children in particular – they’re our next grown-ups. It fulfils me to be able to teach them how to identify when they’re being groomed for terror. The attacker at Manchester Arena was so young. I don’t think he was born a bad person; something must have happened.

It won’t be someone tapping you on a shoulder who asks ‘do you fancy being a terrorist?’ It’s insidious – one 11-year-old boy told me about how he thought a link from social media was a game, but ended up taking him to a livestream of the mass shooting at the mosque in New Zealand. It was really upsetting, but proves how early that these children can be targeted, and possibly be influenced in terrible ways.

On one occasion, I was at the University of Central Lancashire to speak to counter-terrorism students. While I was waiting for my second of two sessions that day, I told a tutor how lucky I thought the students were to be able to gain so much knowledge on their course.

‘I’d love to do it, but I’m nearly 60 – I’m too old!’ I said. The tutor then printed off the syllabus, put it in my hand, and there I saw all the questions I wanted to know the answers to.

Questions like: What political issues are there that lead to terrorism? What are these ideologies about? How do people get drawn into terrorism?

The following intake, I was on the course. I needed to know more. Terrorism, not the terrorist, was my enemy – and the best way to deal with an enemy, is to get to know it.

Doing a master’s degree in Counter Terrorism confirmed my realisation that terrorism is created by society and the only way we’re going to beat it is through resilience. We have to work together – the general public, the police, security services and the Government. It’s too big a problem to not tackle as a united front.

I’d been a successful psychotherapist for 23 years, but the split second Martyn died, I couldn’t do it anymore. So this is my new life’s work and I do it because I feel it needs to be done.

As a result, I didn’t see my OBE coming at all – when the letter came in the post late last year, I stared at it for ages. ‘Why? I haven’t done enough, why would anyone think I’m worthy of this?’

Yet, over the three weeks that I had to keep it quiet before the official announcement, and it had time to sink in, I found it really humbling. I felt really touched by the fact that somebody out there thought that my work is worthy enough to be nominated for – I still don’t know who put me forward for this honour.

It makes me more determined to continue my work, and to do those three letters justice.

This May will mark five years since the attack, but I won’t be commemorating it differently than any other year. I just want to have Martyn’s Law established by then, which would introduce stricter security measures in venues and oblige them to follow advice on how to reduce the risk of a terror attack.

Hopefully, once this law is in, people can go to concerts and large events in the knowledge that they’ll be much safer – but I know getting these laws in place take a long time.

As well as working with young people on counter-terrorism – and pushing for Martyn’s Law to pass – I am also an ambassador for two bleed control charities: citizenAID and Rapaid. Through the inquiry, I learned that people can bleed to death within three to five minutes. I, as well as a few of the bereaved families and some of my legal team, had catastrophic bleed training, so we’re now all equipped to save a life if we saw someone bleeding heavily.

If Martyn could see me now, I think he’d find it hilarious that his 60-year-old mother spends a lot of her time on Twitter and LinkedIn, all the things I struggled with before. I remember he banned me from looking at his Twitter, because he didn’t want me to see what he was talking about!

But also, I hope he’d be pleased, and a little bit proud of what I’m doing and that I didn’t disintegrate instead when he died – he would have absolutely hated me falling to pieces.

He was so life-embracing, and that’s something I carry with me every day.