A Durham home was plunged into absolute chaos after a ‘huge rat’ invaded.

Tori Wedgewood, who had been expecting her first baby on June 2, had been at home with dog Molly when she heard a strange noise.

She called her parents-in-law, Gavin and Clare, over to help investigate.

Gavin hastily dismantled the home’s £3,000 sofa after Molly started sniffing beneath it.

The Jack Russell Chihuahua stuck her head into a gap, only for a rat to leap out and over her entire body.

Tori and Clare both screamed in terror as Gavin tried to encourage nine-year-old Molly to catch the irksome intruder.

The shocked dog went ‘berserk’ after the rat escaped from the sofa, but eventually tracked it down behind a curtain.

Tori, 25, had sent a video of the rat chaos to her fiancé Carl, who rushed home from work to ensure the home was pest-free. 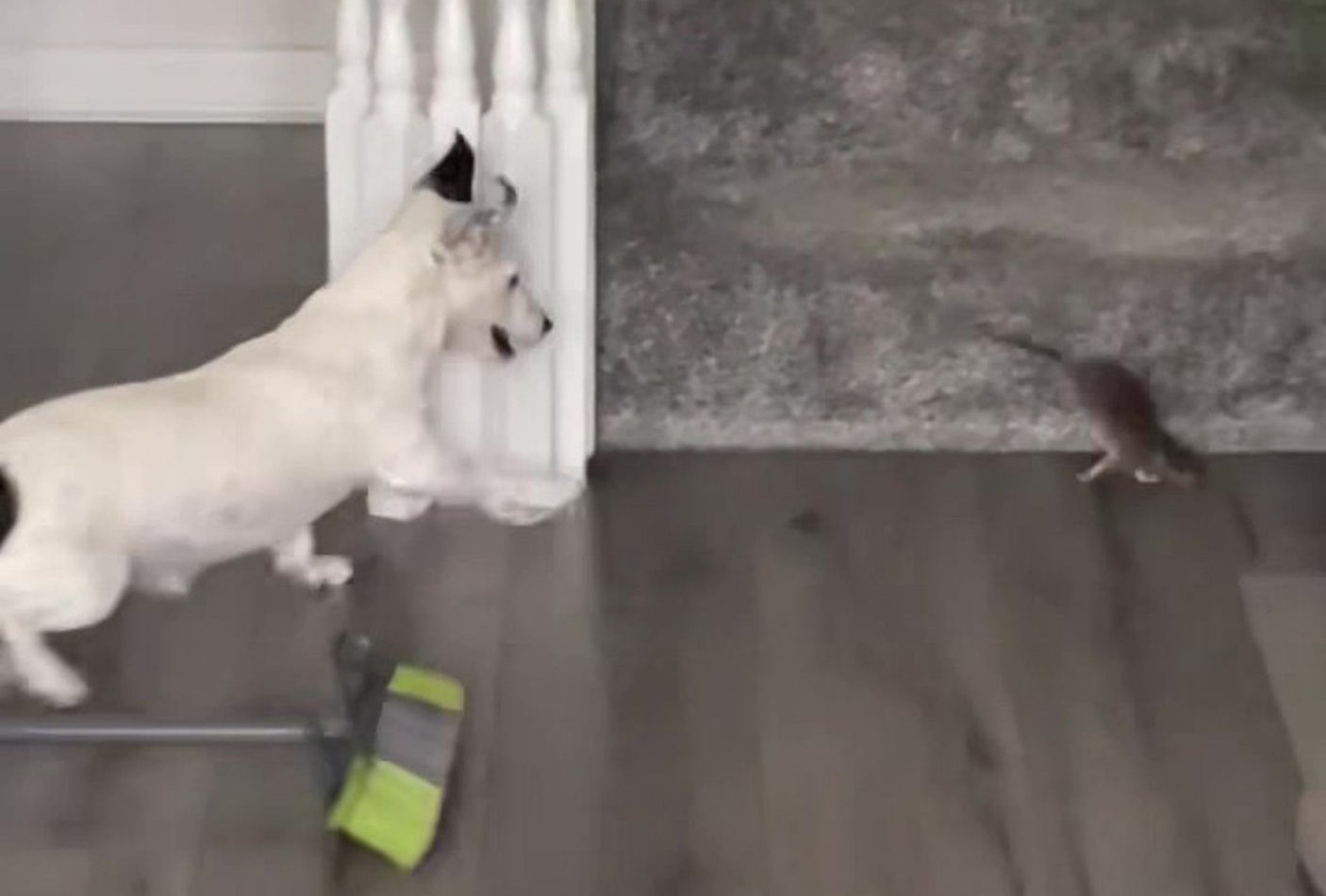 The terrified couple ‘ripped’ open their sofa with knives, destroying it in the process, to ensure there were no more rats hiding inside.

But surprises were far from over for the family as, later that day, Tori went into labour – five weeks early.

The 25-year-old gave birth to baby Jude at Durham Hospital on April 29.

Tori, from Spennymoor, County Durham, said the entire ordeal had been terrifying, but she was proud of ‘softie’ Molly for catching the intruder.

She said: ‘I was absolutely terrified and I felt sick. I hate the thought of rats and I’ve never seen one before so I was terrified.

‘The dog was chasing the rat around the living room, she caught it and started to bite it in the corner and Gavin was shouting for a pan to kill it with. It was hilarious at the time but my heart was in my mouth.

‘A few hours after this all happened, after all the commotion, running across the floor and screaming, when it’d calmed and we knew there was no more rats after checking the sofas and ripping more to check, I had been getting period-like pains and felt a bit uneasy.

‘Then later, when I went to the toilet, I noticed my waters had slightly broke and there were spots of blood. A trip to the hospital confirmed that I was in labour.

‘We have the rat to thank for Jude’s early arrival.’

Molly, who is usually ‘scared of her own shadow’ has been praised by the entire family for her valiant efforts.

Carl, a window cleaner, said Baby Jude’s early arrival has been ‘crazy’ to get used to.

He said: ‘Tori was totally fine beforehand, no pains or anything then she said it felt like period pains. She’d sprinted across the room screaming. Her waters had gone at 10.30pm.

‘It’s crazy to see Jude here, his face is there and he should be inside of her still. It’s a good job he came, he looks great.

‘The birth was great, she managed really well.’