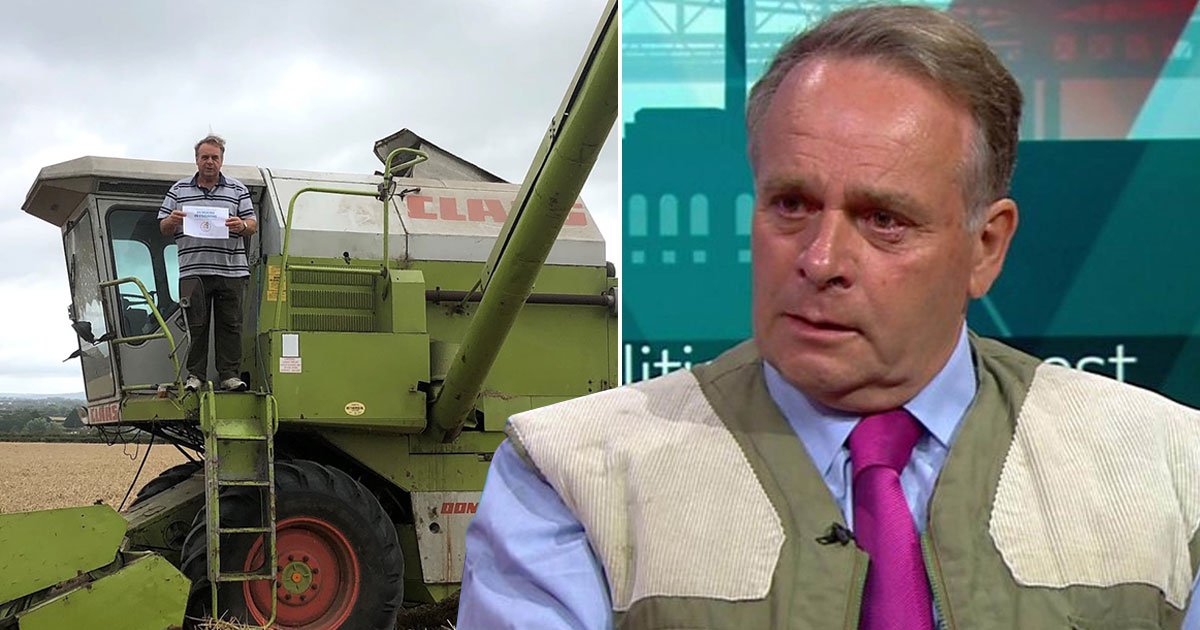 The Tory MP was forced to resign in disgrace after admitting he had accessed adult content twice on his phone in what he named ‘a moment of madness’.

He said the first time he viewed it was accidental after looking at tractors, but confessed the second time was deliberate.

Colin Slade, a Devon county councillor, said he suspected Mr Parish had been searching for Dominators, although this has not been confirmed to him by the politician himself.

He said he ‘could see’ how it could have led to inappropriate content as it is ‘a play on words’.

Mr Slade has named his friend’s actions ‘stupid’, but added that ‘he has now done what he regards as the honourable thing to do’.

‘I have never had any concerns about his behaviour and I regard Neil as totally truthful’, he said.

Onlookers spotted a Claas Dominator 76 – one of Europe’s most popular combine harvesters – on the MP’s family farm when he spoke to the press about the incident this weekend.

The former Tiverton and Honiton MP’s local colleagues will be ‘very sad to see him go’ and it will be a ‘difficult job to replace him’, Mr Slade has said.

It comes as concerns over an alleged culture of misogyny and bullying rumble on in Westminster.

Deputy Labour MP Angela Rayner has demanded answers after claims a ‘sexist of the year’ prize was handed out at a Downing Street ‘lockdown-breaking’ Christmas party.

She said: ‘This shocking Sunday Times revelation is yet more evidence of the rotten and shameful culture that has been allowed to fester in Boris Johnson’s Downing Street for far too long’.

Labour MP Chris Bryant claimed yesterday he was ‘regularly touched up’ by senior MPs when he was first elected.

Meanwhile, Trade secretary Anne-Marie Trevelyan also alleged she was pinned against a wall by a former MP with ‘wandering hands’ ‘many years ago’.

Caroline Nokes, another Conservative MP, has blasted her own party as ‘institutionally sexist’ after alleging she had been touched and bullied by male colleagues.

A total of 56 MPs are facing allegations of sexual misconduct – including three members of Boris Johnson’s Cabinet, it was reported on Monday.

However, Business Secretary Kwasi Kwarteng has blamed ‘a few bad apples’ in Parliament.

‘There are a few but it’s very easy to brand the whole institution as institutionally sexist, I don’t think that’s true’, he said.

In other news from Westminster, Labour MP Liam Byrne was suspended from the House of Commons for two days last week after bullying a former assistant.