Merkel Joins Macron in Calling for a European Army ‘One Day’

BERLIN — Fresh from another strained international gathering with President Trump intended to remember the devastation of World War I, Chancellor Angela Merkel of Germany said Tuesday that Europe’s future should include “a real European army.”

Ms. Merkel, who announced last week that she would not seek another term, spoke more forcefully than ever about the European Union’s need to pull together — and to depend more reliably on itself, without dependence on the United States, when defending its interests. She did so in a speech about Europe’s future before the European Parliament in Strasbourg, France, which was seen as an effort to leave a legacy as her own power slowly fades.

Her comments came hours after President Trump launched a blistering personal attack on President Emmanuel Macron of France, who also has proposed a European army.

“The days where we can unconditionally rely on others are gone,” Ms. Merkel said in a speech televised around the Continent. “That means that we Europeans should take our fate more into our own hands if we want to survive as a European community.”

That language echoed comments Ms. Merkel has made before. But in the current climate and in the twilight of her chancellorship, there was a new urgency to her call, analysts said.

“We should work on a vision to create a real European army one day,” Ms. Merkel said. Such an army, she said, would show the world “that there will never again be war between European nations.”

Stressing that such an army would not be “against NATO” but complement it, the chancellor also proposed a European Security Council with rotating seats for member states that would make speedy foreign policy decisions without the need for unanimity.

“It is remarkable to hear the German chancellor, leader of the most Atlanticist country in the world, talking about European defense and Germany’s responsibility toward it like this,” said Mark Leonard, director of the European Council on Foreign Relations in Berlin.

Whether this language is backed up by actual institutions is an open question. Many see a European army as a distant ambition.

“Calling for a European army is a bold long-term vision,” said Guntram Wolff, director of the Bruegel research institute in Brussels, “but let’s acknowledge that it’s long-term.”

The political authority and legitimacy to send soldiers into a fight still resides firmly within national parliaments, he pointed out.

Others see an opportunity for Germany to escape its traditional unease about taking on a leadership role in foreign and defense policy by rooting such a role firmly in a collective European effort. 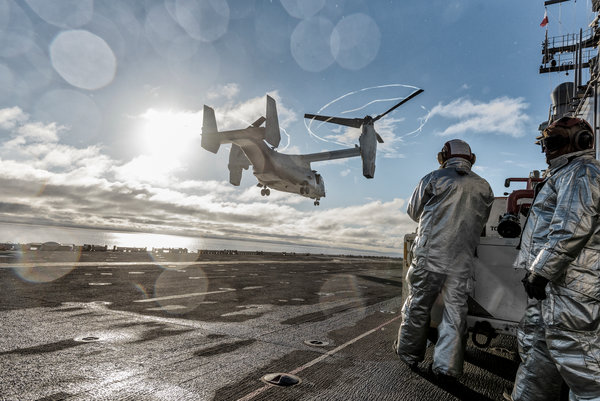 At best, a European army can be considered an aspiration. Some European governments, including Germany’s, require parliamentary approval each time their national armies are deployed abroad, let alone fight. How any European army would be organized, led or governed — let alone financed when so many countries cannot even spend 2 percent of GDP on defense — are questions few advocates have even tried to answer.

It has long been a French idea, one that Charles de Gaulle tried to organize unsuccessfully in the 1950s. For the most part, European nations have been content to participate in NATO for collective defense, with an American guarantee under an American nuclear umbrella. Even France returned to the NATO command structure in 2009, 43 years after Mr. de Gaulle pulled it out in 1966 and sent NATO packing off to Belgium.

With Mr. Trump’s criticism about NATO, which he has portrayed as a club in which member countries somehow pay dues to the United States, there has been renewed interest in a more forceful European defense capability, but within NATO, not in opposition to it.

Europeans argue that “strategic autonomy” simply refers to their own capacity to collectively do small-scale military operations that NATO does not want to do. Then there are the debates about whether European defense spending would be designed to promote European military manufacturers at the expense of American ones, one of the Trump administration’s criticisms of any efforts toward more European defense.

A year ago, in response both to Mr. Trump’s criticism and new Russian military actions in Ukraine, the Europeans created a program called Pesco, designed to promote greater efficiency among European militaries, and put more money jointly into a European defense fund to promote European research and development and equipment. But even then Ms. Merkel emphasized that these efforts should be done in coordination with both the United States and Britain.

Ms. Merkel is said to have been deeply moved by the weekend centennial events for World War I in France, much of it spent by the side of Mr. Macron. He has regularly supported the idea of a European army and a European intervention force, designed to handle sudden conflict outside of NATO.

Her speech came after the summit meeting in Paris that displayed many of the strains between Mr. Trump and European allies. An interview given by Mr. Macron was misinterpreted by some journalists to suggest that he favored the creation of a European army to defend against Russia, China and even the United States. In fact Mr. Macron discussed the need for France to defend itself against cyber attacks and cyber espionage involving those countries.

Only later in the interview did he discuss a European army, but that was without any direct reference to competition against the United States. Instead Mr. Macron emphasized how Europe must do more for its own security, which Washington has regularly urged.

“We need a Europe which defends itself better alone, without just depending on the United States, in a more sovereign way,” he said.

Ms. Merkel, wearing a blue blazer echoing the color of the European flag, won a standing ovation in the chamber on Tuesday — but also copious amounts of booing and heckling.

“Europe’s soul is tolerance,” she said. That tolerance has been strained in recent years, she said, as one crisis after another pulled at the social fabric of the Continent.

Katrin Bennhold reported from Berlin and Steven Erlanger from Brussels.