Meghan’s podcast Archetypes languishes near bottom of US Spotify chart 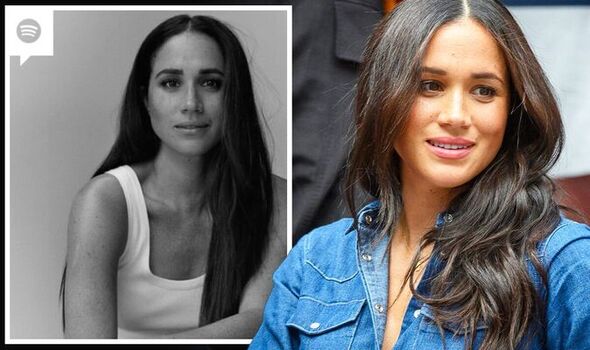 Archetypes has fallen out of favour with listeners as it languishes at number 77 in the Spotify charts in the United States. The digital offering is now in its 10th episode, with an 11th expected to be released on Tuesday

The podcast was produced as part of a reported £18million Spotify deal with Meghan and Prince Harry.

But on Monday lunchtime, Archetypes was struggling in the charts.

The 10th episode is called The Audacity of the Activist and features an interview with Jameela Jamil.

It was even being outperformed by a podcast of eight hours of soothing music for babies designed to lull them to sleep.

Overall, the Archetypes series ranks higher in the Spotify charts, at number 22. It had previously held the prestigious number-one spot when it was first launched before the Queen’s death.

Spotify features two main charts – one is of its Top Podcast and includes a number of measures to ascertain if it is deemed to be a ‘rising newcomer’.

This metric is where you find the most popular shows, ones listeners have been tuning in for a long time as well as the rising newcomers.

And Top Episodes is where of-the-moment trends are showcased.

A broadcasting expert who has years of experience in the industry told Mailonline: “The main Spotify podcast ranking does allow them to promote their new shows – they could be doing this for Meghan.

“Based on the figures you would think Joe Rogan would be number one.”

Spotify’s own data for September, when the podcast was paused after the Queen’s death, showed more British listeners were tuning into Joe Rogan, Rob Beckett and Josh Widdecombe’s show about parenting than Archetypes.