Meghan Markle, 39, dreamed of becoming an actress after being exposed to the TV world by her father Thomas Markle – who worked as a director of photography on several US shows. She landed her first role as ‘Hot Girl #2’ in Ashton Kutcher’s 2005 romantic-comedy ‘A Lot Like Love’ and as a briefcase opener on the US version of ‘Deal or No Deal’. Her defining role came on ‘Suits’, a show set in a Manhattan law office, where she became so close to castmates that she described them as “family”.

The future royal starred as Rachel Zane in the drama from seasons one to seven and her final episode aired shortly before her wedding to Prince Harry.

Her character rose from senior paralegal to associate at the law firm and developed a romance with Michael Ross, who was played by Patrick J Adams.

While many fans of the show hoped an off-screen relationship would blossom between the pair, the actors remained close friends instead.

Despite regular remarks about their platonic connection, speculation arose after Adams posted a photograph of the pair online to pay homage to their time together.

He captioned the Instagram post “Ross and Rachel – the next generation” in August 2017, in a reference to Jennifer Anniston and Ross Schwimmer’s on-screen romance on ‘Friends’.

The photograph showed Meghan and Adams huddled close together in what appeared to be an embrace, as she planted a kiss on his cheek and he beamed at the camera. 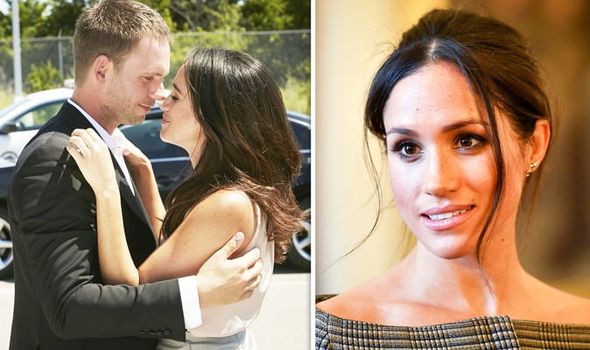 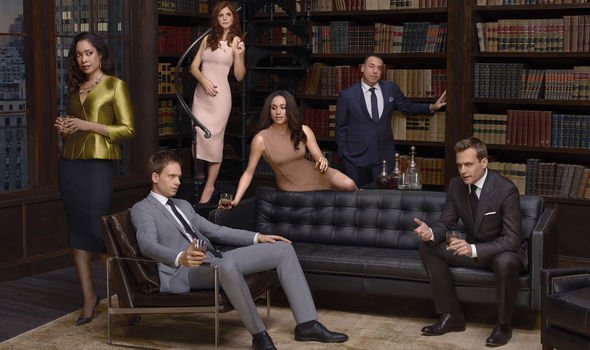 He chose to share the throwback shot to honour the 100th episode of ‘Suits’, which was around the future royal’s 36th Birthday.

Adams told Esquire magazine in 2017: “I went to bed, and woke up in the morning and realised ‘Oh, yeah. I live in a world where you can’t post things about Meghan.’”

The star protested that the photograph was innocent but took it down later after he claimed people had presumed they shared something more than a friendship.

He continued: “I had this onslaught of people retweeting the thing, people thinking it was a recent picture, and I just thought, ‘What the hell is going on?’

“It was such an innocent moment of sentimentality that was twisted into something totally different.

To find out details of coronavirus in your area, please fill in your postcode below. 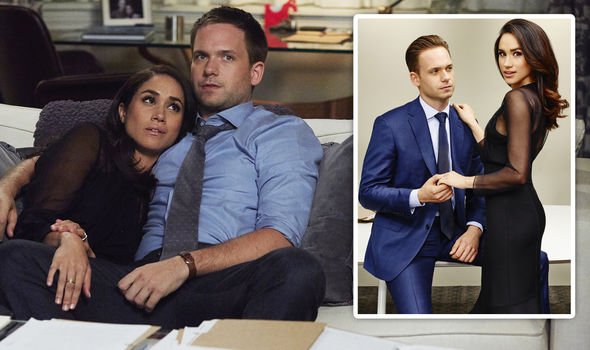 “We’re like brother and sister, it’s not like it was lurid or anything, but it just became a story that people wanted to talk about.”

The following year, Adams attended the royal wedding with his wife Troian Bellisario, who starred in the show ‘Pretty Little Liars’.

When news of Meghan and Harry’s engagement was announced, he made a cheeky quip on Twitter: “She said she was just going out to get some milk…

“Your Royal Highness, you are a lucky man and I know your long life together will be joyful, productive, and hilarious. Meghan, so happy for you, friend. Much love.”

Despite the furore from his previous post, the actor shared more behind the scenes photographs of the cast last year to mark the final season of ‘Suits’.

One of them showed Meghan in shades outside her trailer, others of the actress lying around on set and in a bathrobe – among pictures of the other stars.

Adams wrote: “The nearly 10 year journey we’ve all been on together will finally be over. So it seems right to post some photos the next couple of days from the early days.”