The Duke and Duchess of Sussex told Oprah in their bombshell interview last month that they were forced to sign multi-million pound deals with Netflix and Spotify after being cut off from the Firm when they moved to the US. But it appears they had already started to make plans with another US streaming network a whole year before sharing their plans to step down with the rest of the Royal Family. Quibi founder, Jeffrey Katzenberg, is reported to have met Meghan at Kensington Palace, where he suggested an idea for her to host a show that combined “princesses and puppies”.

However, the Duchess apparently did not agree to be involved after finding the idea “offensive”.

A source told Mail on Sunday: “Meghan seemed to find that idea offensive and though she was gracious in the moment, people in the room were a bit appalled that this was the pitch to her.

“Jeffrey thought that puppies and princesses both sold well so if you put them together you’d have something incredibly commercial.”

Mr Katzenberg is also believed to have spoken about a show exploring Harry’s charity work in Africa during the meeting. 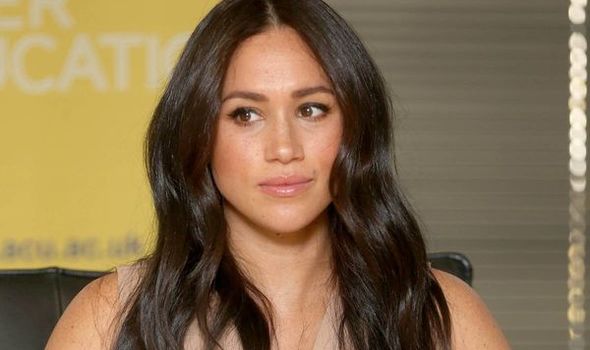 The source said: “I believe Quibi first approached Harry and Meghan, who invited executives to meet them in London.

“There was discussion about a sustainable travel programme and another show about Harry’s charity interests in Africa.

“There was talk about Meghan narrating a nature documentary. Quibi held several discussions with them.”

The Duke is reported to have had one more in-person meeting with Quibi executives in London in January 2020. 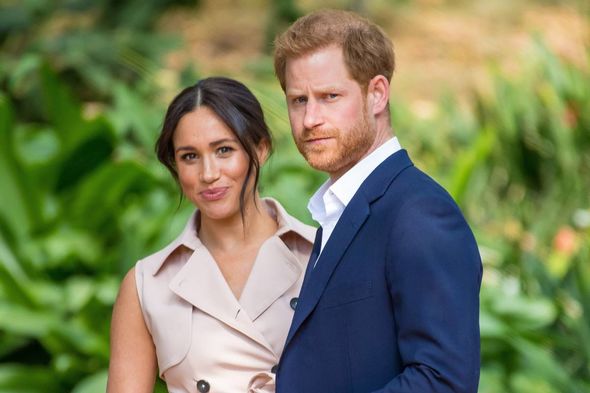 However, talks never amounted to anything concrete and the royal couple then stepped back from their duties in the same month.

Mr Katzenberg, who founded the DreamWorks studios with Steven Spielberg, launched Quibi to broadcast “short-bite” shows on mobile phones in August 2018 with £1.3billion in funding.

During the explosive Oprah interview, Harry took aim at his family as said he was cut off financially from his father after he stepped down as a senior royal. 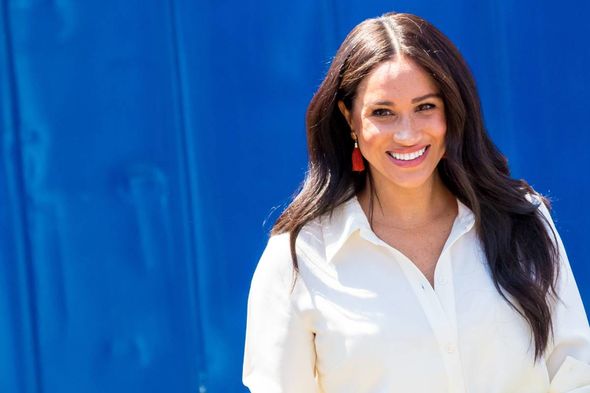 He added he relied on money he inherited from his late mother Princess Diana while setting up his new life with Meghan and son Archie in the US.

Harry said the deals he and Meghan signed with Spotify and Netflix, reported to be worth more than £100million, were to help his family receive an income after being cut off from his father when he stepped down as senior royal.

He told Oprah: “I have what my mum left me and without that we wouldn’t have been able to do this.

“It’s like she saw it coming and she’s been with us through this whole process.”

The Queen issued a statement saying “while some recollections may vary”, the issues would be taken “very seriously”, but dealt with privately as a family.

Harry joined other senior royals to say a final farewell to Philip last week by walking behind a Land Rover hearse at his funeral.

Harry is said to have held brief meetings with his father Prince Charles and brother William after the ceremony, but he then flew back to the US on Tuesday.

Meghan did not fly with him as she was advised against travelling by a doctor due to being heavily pregnant.

Prince Philip’s portrayal in popular Netflix show The Crown has come under fire this weekend as royal experts criticised the “fabrication”.

Royal author Hugo Vickers said that the late Duke hated the show and was “very, very upset” by the period drama

“They’re picking away at tragedy. They did the death of the Queen’s equerry Major Hugh Lindsay. The widow on that occasion was pretty upset.” 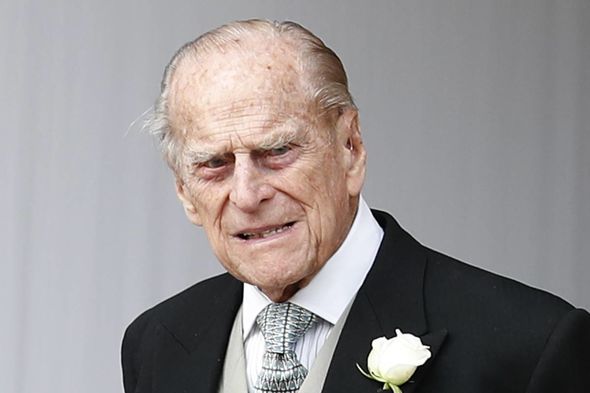 He continued: “They can say what they like now because they can’t libel the dead. They’ve done a real disservice and it’s up to someone to put this story right about what he [Philip] was really like.

“It’s horrific what they’re doing, entirely to damage the Royal Family. If you think that’s how the monarchy behaves there would no justification having it.

“I predict the worst [for next season]. The last season ended with Prince Philip warning Diana that unless she toed the line and decided not to break away, things could end badly for her.”

Express.co.uk has contacted a representative for the Duke and Duchess of Sussex for a comment.