The claim was made by Robert Lacey, author of the recently published ‘Battle of Brothers’ which outlines how the relationship between Prince William and Prince Harry deteriorated over the past few years. He made the comment during an appearance on ‘The Royal Beat’, a show hosted by True Royalty TV.

Meghan recently admitted she now avoids certain “controversial” topics out of concern for her family’s safety.

She made the admission during an appearance via video link at a meeting of Fortune’s Most Powerful Women Gen Summit.

Asked whether motherhood had made her more cautious or courageous the Duchess replied: “It’s interesting because my gut is that it makes you more courageous.

“It makes you so concerned for the world they’re going to inherit, and so the things that you’re able to tolerate on your own are not the same. 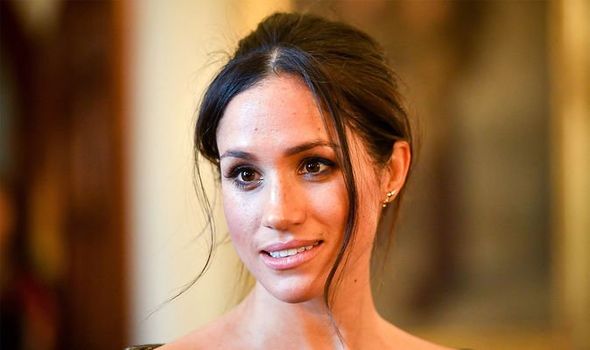 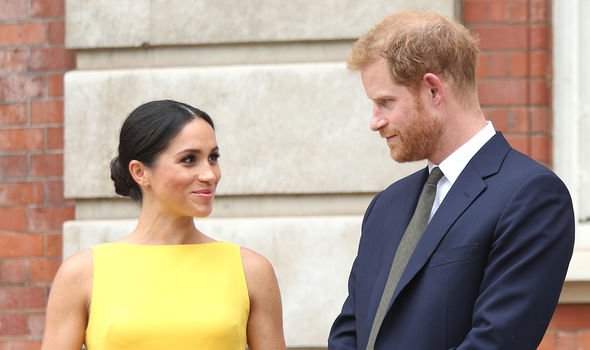 “And that is a shared belief between my husband and I.

“At the same time I am cautious of putting my family in a position of risk by certain things, and so I try to be rather very clear with what I say and to not make it controversial, but instead to talk about things that seem fairly straight forward – like exercising your right to vote.”

Both Meghan and Harry have made a number of politically charged remarks over the past month. 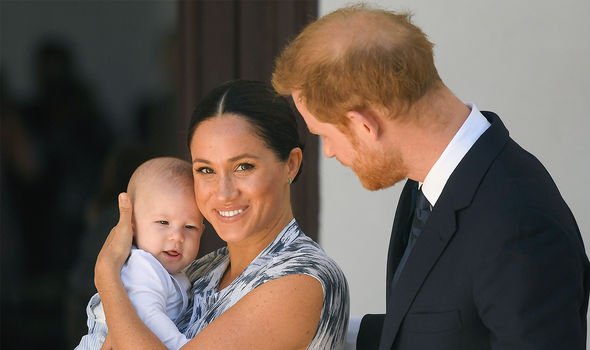 At the end of September both royals appeared via video link at an event celebrating Time Magazine’s list of the 100 “most influential people of 2020”.

Meghan said: “Every four years, we are told the same thing, that ‘This is the most important election of our lifetime’. But this one is.”

Harry added: “As we approach this November, it’s vital that we reject hate speech, misinformation and online negativity.”

The remarks led Good Morning Britain co-host Piers Morgan to argue the Duke and Duchess should be stripped of their royal titles. 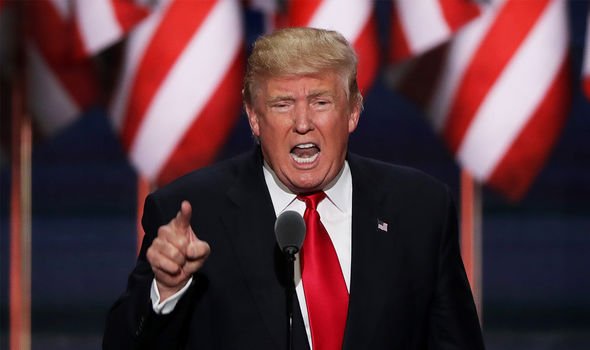 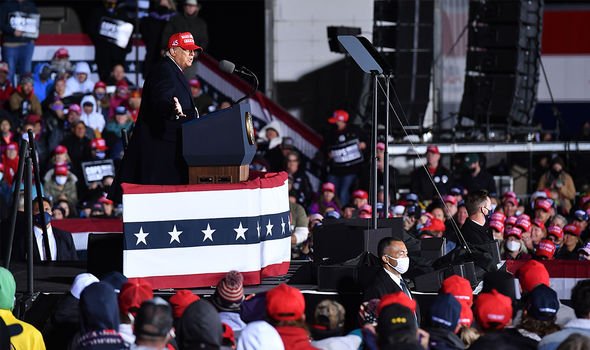 It also came to the attention of President Trump who, with reference to Meghan, said: “I’m not a fan of hers.”

During his appearance on True Royalty TV Mr Lacey said: “Meghan acknowledged that it’s risky for her family to get involved in controversial issues.

“Maybe she’s simply talking about the physical risk that exists in America for anybody, because of the way politics has become so volatile and violent there.

“But I think that she has come to realise how [her] speeches risk her husband’s relationship with the family and perhaps she may pedal back on some of these more extreme positions.”

In response to Meghan and Harry’s comments at the Time 100 event Republican congressman Jason Smith wrote to the British ambassador to complain about political “interference”.

Harry and Meghan announced they planned to step back as senior royals in January.

After a brief stay in Canada they moved to California, Meghan’s home state, shortly before it went into coronavirus lockdown. 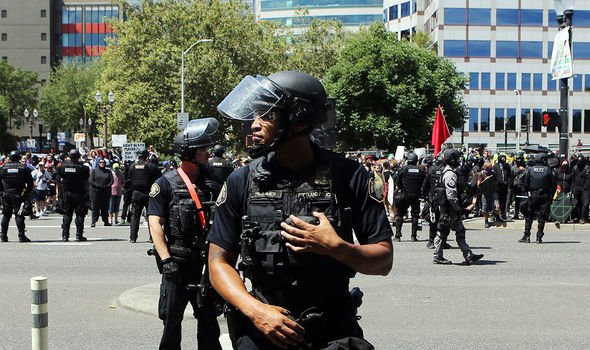 They recently purchased a mansion, complete with swimming pool and tennis court, to the north of Los Angeles.

Last month Netflix announced it had secured a major deal with Harry and Meghan.

The royal couple will produce films, documentaries and children’s shows for the streaming giant.