Meghan Markle baby: Did they get Queen’s permission to name daughter Lilibet?

Meghan Markle, 39 and Prince Harry, 36, announced the birth of their daughter, Lilibet Diana Mountbatten-Windsor on Sunday evening. In a statement, the couple said Lili was born on Friday, June 4 at 11.40am in California, where the couple live with their two-year-old, Archie Harrison Mountbatten-Windsor. The statement said the baby girl weighed 7lbs 11oz at birth and that “both mother and child are healthy and well, and settling in at home”.

The couple said in their statement: “Lili is named after her great-grandmother, Her Majesty The Queen, whose family nickname is Lilibet.”

Queen Elizabeth, 95, has been affectionately called Lilibet by her family since she was a child.

The Queen’s father, King George VI, is believed to have coined the name, and her husband, the late Prince Philip, used it often.

In tribute to her husband of 73 years, who died in April, the Queen placed a handwritten note on top of his coffin. The monarch signed the note from ‘Lilibet’. 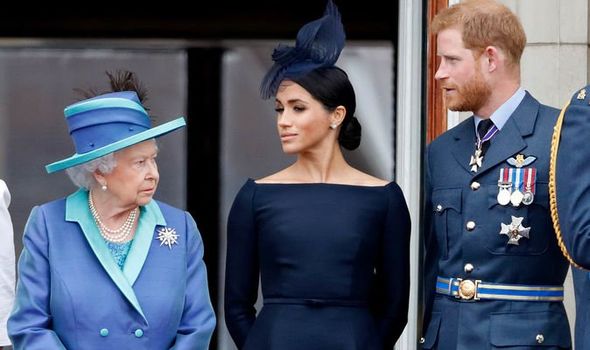 Did they get Queen’s permission to call daughter Lilibet?

Given the deeply personal nature of the name, there is little doubt that the Queen would have given her blessing to the couple.

In line with royal tradition, the Queen must approve the names of royal babies who are closely in line to the throne.

Lili will be eighth in the line of succession, after her older brother and cousins.

She is the Queen’s 11th great-grandchild and comes at a difficult moment for the royal family after Meghan and Harry laid bare the struggles they faced while living in the UK and working for the family. 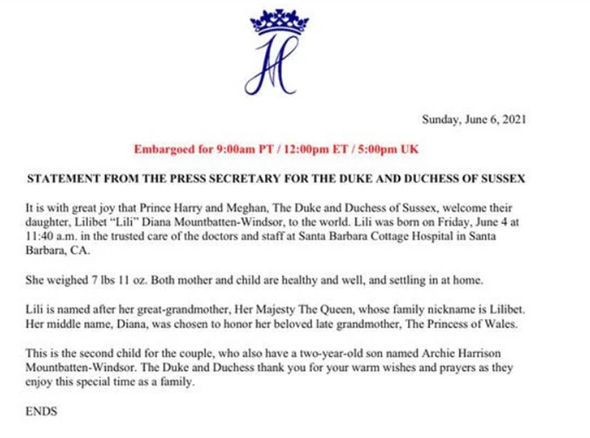 Royal expert Robert Jobson has said the baby’s birth could go some way to helping the family build bridges after months of friction.

He said: “Any baby’s birth is a blessing. I am delighted for them both.

“Let’s hope little Lilibet will help heal some of the pressing issues that have been at the heart of the Royal Family in recent months.” 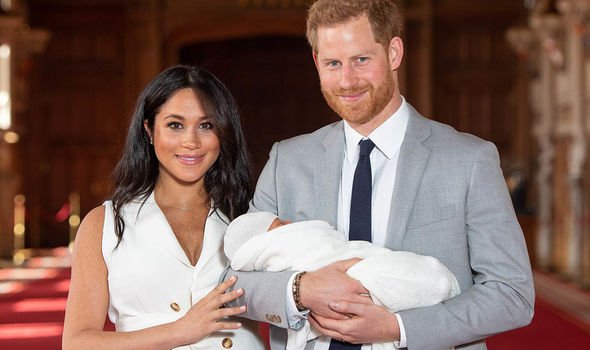 The couple said in their statement they said it was chosen to honour her “beloved late grandmother”, the Princess of Wales.

In a more personal message on the couple’s Archewell website, they said: “On June 4, we were blessed with the arrival of our daughter, Lili. 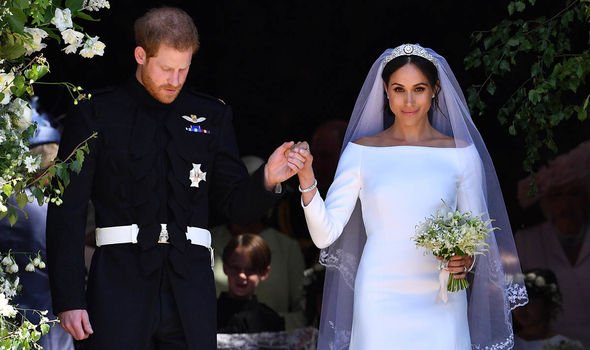 The message adds that anyone wishing to send gifts is asked to “support or learn more about” organisations working for women and girls.

They have not released any photos of their daughter.

Prince Charles and the Duchess of Cornwall tweeted: “Congratulations to Harry, Meghan and Archie on the arrival of baby Lilibet Diana. Wishing them all well at this special time.”

Prince William and Kate, Duchess and Cambridge said: “We are all delighted by the happy news of the arrival of baby Lili.”