Prince Charles and Camilla continued their Scottish tour with a trip to the whiskey distillery on Wednesday. Footage shows Charles and Camilla both interacting with a reporter while being quizzed on the Ashes. Nine News Australia reporter Sophie Walsh asks the Prince of Wales: “What’s more painful, losing the Ashes or the Government?”

Prince Charles laughs before responding: “I’m not going to the Ashes, except to congratulate the Aussies. Brilliant.”

Camilla then asks the reporter: “What channel are you from?”

On whether she is a fan of the news channel, Camilla laughs before saying: “Of course I am.”

Commenting on the footage, Nine News presenter Georgie Gardiner remarked: “Sophie Walsh saw an opportunity and she seized it with both hands, but there has been suggestions she might have broken a bit of royal protocol. What are our thoughts?” 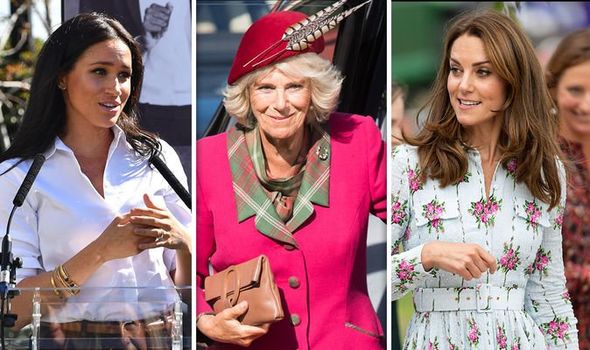 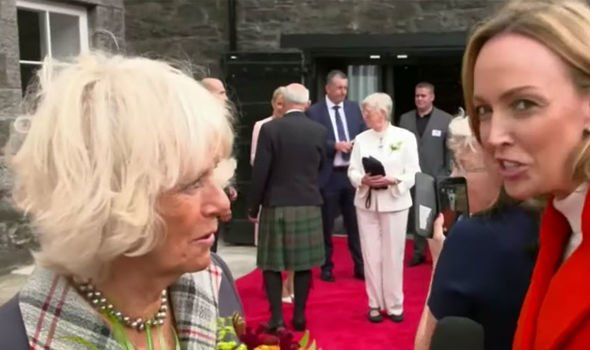 Royal correspondent Camilla Tominey replied: “Forget royal protocol, I’m not even mentioning the fact that you’ve been jibing us about the Ashes. Let’s just park that, I don’t want to talk about the cricket. In your journalistic life you have to have a little bit of gumption and make a splash.

“I applaud Sophie for this and they are just the right royal couple to do it with. Wouldn’t necessarily recommend it with Meghan and Harry, or indeed Kate and William.

“But the great thing about Charles and Camilla, particularly the Duchess of Cornwall, is she doesn’t mind having a bit of a laugh and a bit of banter. That’s what we saw on camera which is why they’re both great value.”

Prince Charles and Camilla enjoyed a whisky tasting session at Bladnoch Distillery before heading to play a game of bowls in the coastal village of Garlieston. 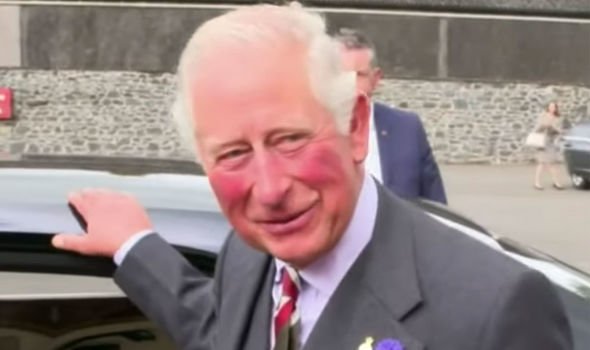 The Queen, 93, looked jubilant as she received a gift of flowers from girls wearing traditional tartan and was later spotted enjoying a joke with Prince Charles.

Other royals in attendance include Princess Anne’s son Peter Phillips who attended with his wife, Autumn.

The monarch regularly attends the Braemar games, which takes place just a short distance from the Queen’s summer residence, Balmoral. The Highland games is always held on the first Saturday in September at The Princess Royal and Duke of Fife Memorial Park. 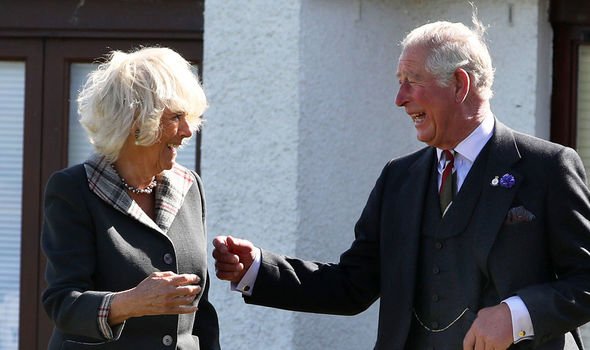 Organisers expected this years event to be a hectic day, with just a few tickets left to watch the array of traditional competitions.

The sporting events include athletics, piping and dancing competitions as well as a tug of war and caber tossing – a traditional Scottish event where competitors toss a large tapered pole called a “caber”.

Dame Judi Dench was spotted as one of the revellers in attendance of the prestigious event.

The Braemar Gather first started over nine hundred years ago and has run in its present form since 1832.

Queen Victoria first attended the gathering in 1848 and since then the reigning monarch an other members of the Royal Family regularly visit.

President David Geddes said of this years event: “We’re expecting a large crowd – we have less than 100 seats left, and there are 7,000. We’ve also sold a large number of ground tickets for entry to the park which is unusual, because we don’t normally sell them till the day.”