Kate and William delighted royal fans by sharing some rare insight into their family life this week on social media. To honour their tenth wedding anniversary, the couple released a video of themselves playing with their three children, seven-year-old Prince George, five-year-old Princess Charlotte and three-year-old Prince Louis. The family of five is seen running around a beach, toasting marshmallows over a small fire and chasing one another outside.

Royal watchers have excitedly praised the couple for sharing such an intimate portrayal of their lives away from the spotlight, which is a large step away from the formalities usually associated with the Royal Family.

The montage ended up drawing comparisons with the Sussexes, who have also been credited with breaking away from the formalities of royal life, particularly since they left the Firm last year.

One royal fan looked at Kate and William’s family video, and claimed Meghan and Harry’s supporters “will be screaming the Cambridges are copying the scenes on the beach”.

This is a reference to when the Duke and Duchess of Sussex shared a snapshot of their new lives in California back in March, during their interview with Oprah Winfrey. 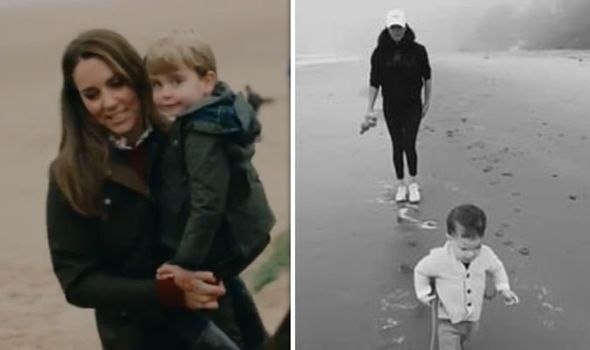 Home footage showed Meghan walking down a beach with her 23-month-old son Archie in front of her before he runs towards the person filming, believed to be Harry, and climbs between their legs.

It’s not known when that video was filmed, but during the interview the couple emphasised how much they enjoy the freedom of life outside the Royal Family.

Oprah asked Harry: “What delights you now in your everyday experience?”

He then added: “The highlight for me is sticking him on the back of the bicycle in his little baby seat and taking him on these bike rides, which is something I was never able to do when I was young.”

Kate and William are already thought to have taken a subtle dig at this particular comment from Harry, as they celebrated Louis’ birthday last week by posting a photograph of him sitting on a bicycle, grinning, so many have taken to comparing the two videos as well. 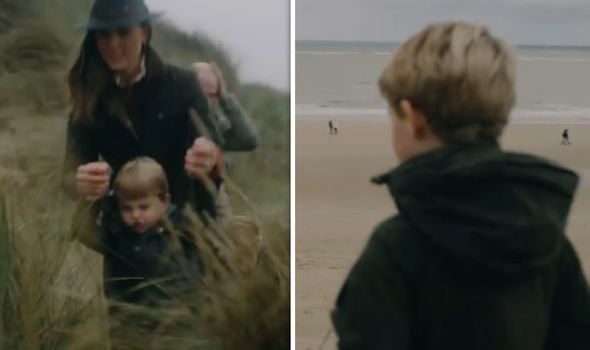 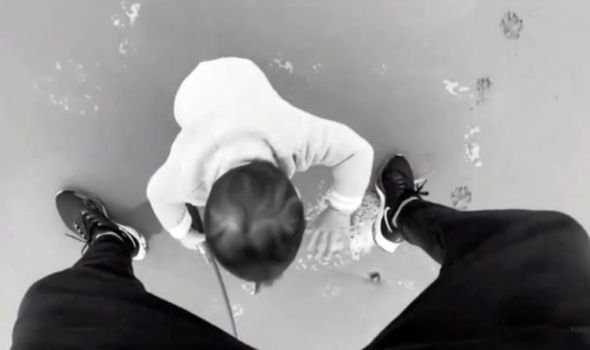 But, some royal supporters were dismissive of any comparisons between the anniversary video and the Sussexes’ beach clip.

One fan account made a dig at Harry’s footwear in the Sussexes’ video, and said: “At least William has got his shoes on and his feet aren’t right at the front of the photos.”

However, another commented on the video and claimed: “If that was Harry and Meghan they would be getting slated.”

Harry’s words to Oprah about enjoying the outdoors do have an eerie similarity to the video montage the Cambridges’ shared this week — but, it’s unlikely that the clip was inspired by the Sussexes’ bombshell interview.

The Cambridges’ video was filmed last Autumn, and is believed to include a handful of shots with their family dog Lupo, who died last November. 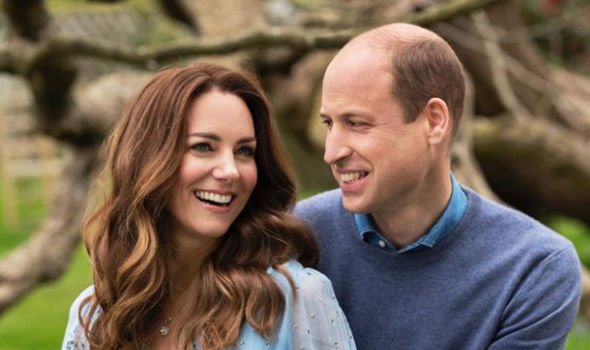 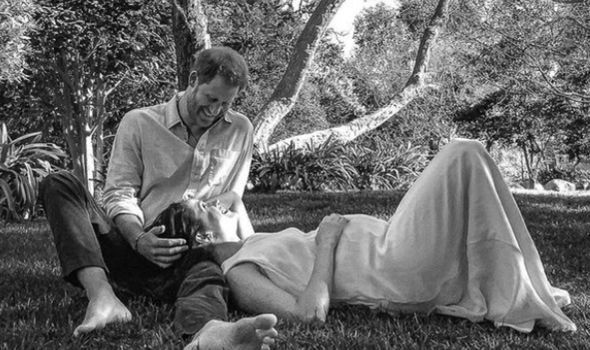 However, there is likely to be another connection to other members of the Royal Family.

Some royal fans also claimed the video was filmed in Anmer Hall, the Cambridges’ Norfolk retreat, and that the beach scene was filmed at Holkham Beach.

One alleged: “The same beach Diana went to growing up and the same beach Charles and Anne played sandcastles on.”

Others believe the photographs Kate and William shared this week of just the two of them were inspired by the Sussexes.

The Cambridges posted photographs of themselves, leaning into one another, in front of some trees on a royal estate — potentially echoing the heartfelt shots the Sussexes shared this year when announcing Meghan’s second pregnancy. 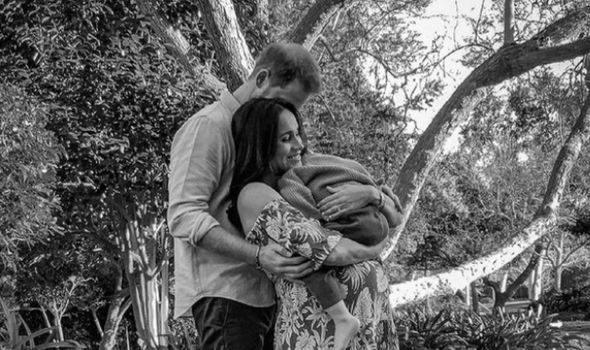 However, these photographs were in black and white, and showed significantly more intimacy; in one, Meghan lies on the ground with her head in Harry’s lap while he gazes at her, giggling.

Some fans reposted this image below the Cambridges’ new snaps, with the comment: “This pic is 1000x better.”

Another noted: “OMG, the tree in the background. Where have I seen that before? #CopyPaste.”

In the second snap shared back in March, only Meghan’s face can be seen as Harry stands behind her with his face burrowed in her neck while the Duchess cuddles Archie as he sits on her baby bump, and there is a large tree in the background.

Meghan and Harry’s relationship with the Cambridges is thought to still be incredibly strained, especially in the wake of their Oprah Winfrey interview.

However, their representatives have confirmed they sent a private message to their in-laws across the Atlantic in honour of their tenth anniversary.