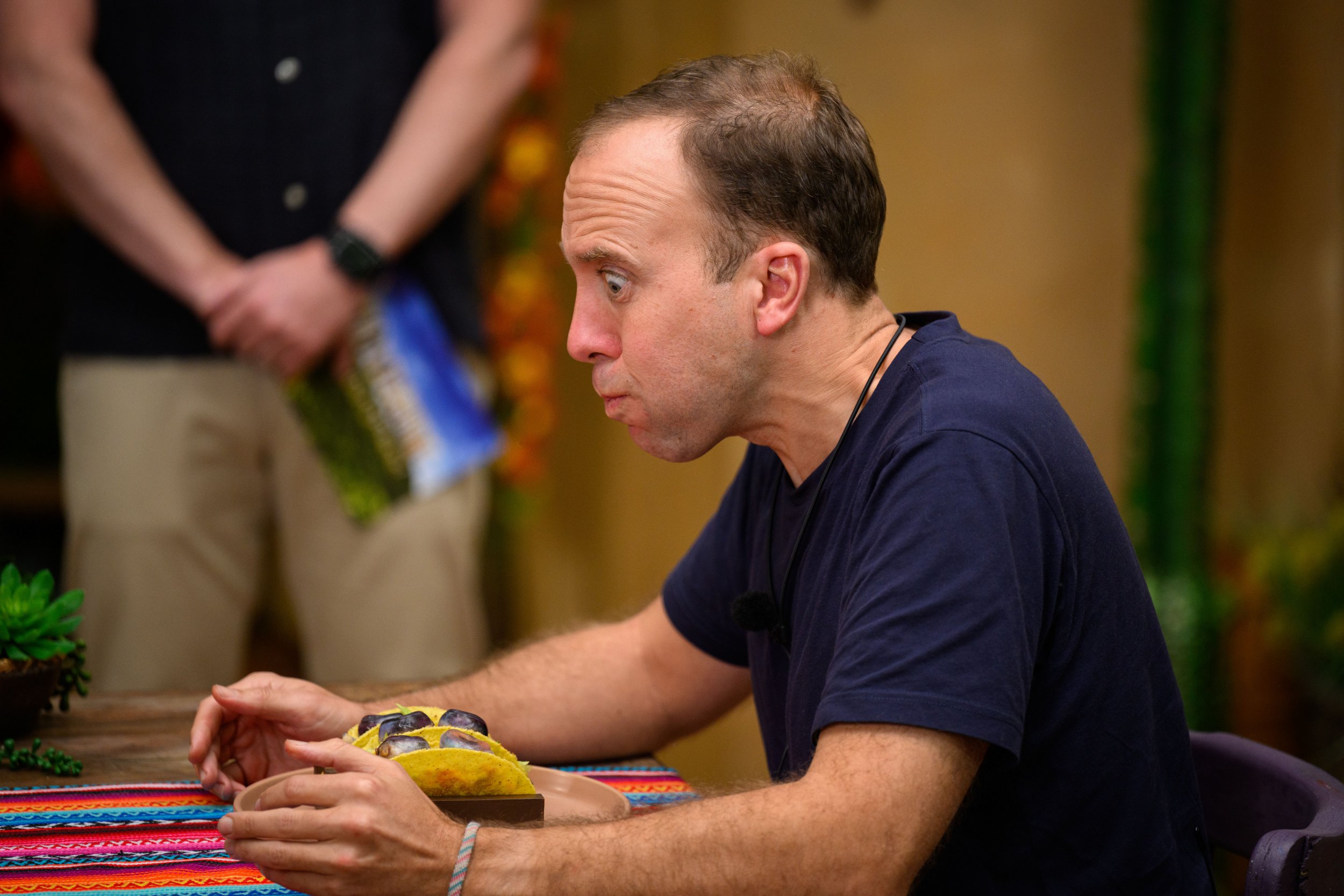 Matt Hancock might have to say goodbye to being a Tory MP for good if he doesn’t regain the whip soon, party insiders claim.

The West Suffolk MP was suspended as a Tory after it emerged he would appear on I’m a Celebrity… Get Me Out of Here!.

This means that until, or if, the whip is restored, Hancock is an independent MP.

Conservative MPs have until December 5 to decide whether they want to stand again at the next general election.

But Tory sources told The Times they doubt Hancock will have the Tory whip reinstated by then, meaning he couldn’t stand in the next election as a Tory.

The cut-off date for reapplying to stand as a Tory would be one week after Hancock would return from Australia if he made the final.

But if he doesn’t have the whip restored by then, West Suffolk Conservatives will have to pick a new candidate.

One source said: ‘It seems clear that he’s decided he won’t be the candidate at the next election anyway so he’s gone off to make some money.

‘That’s fine. But then he should stand down so the party can start selecting someone else.

‘If I was Simon Hart [the chief whip] I’d be asking whether Matt’s actions warrant returning the whip.’

A spokesman for Hancock said he is in contact with his constituency for urgent matters while in the jungle.

Party bosses weren’t exactly impressed that Hancock would be appearing on the reality show where he’d be eating, among other things, camel vaginas.

The show would also see him flying thousands of miles from Parliament and his own constituency at a time when Britons battle to survive the cost-of-living crisis.

Among his critics were his own West Suffolk Conservative Association.

The association’s deputy chairman, Andy Drummond, said after Hancock’s ITV debut came to light: ‘I’m looking forward to him eating a kangaroo’s penis. Quote me. You can quote me that.’

The association could deselect Hancock and make him stand as an independent even if he has the whip handed back.

‘Hancock’s got such a thick skin and big ego that it wouldn’t surprise me at all if he doesn’t go back to the whip’s office and says, “I’ve turned over a new leaf, please take me back” and all the rest of it,’ he said.

But Houlder has never exactly been a fan of Hancock’s.

‘I thought he was a knob from the get-go,’ he told the Observer last year.