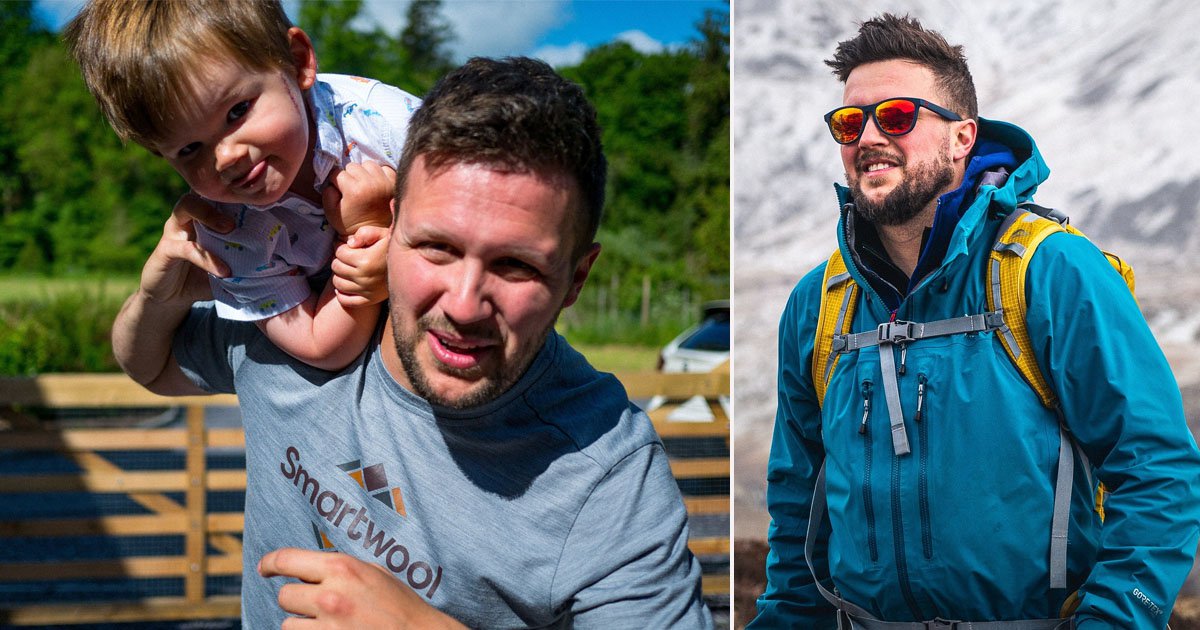 When Jack Williams found a lump on his testicle, he kept it to himself for weeks.

But then he remembered how he had promised his dad, who was diagnosed with terminal bowel cancer, that he would take any potential symptoms seriously.

The 33-year-old, from Solihull, who also lost his two grandfathers to cancer, finally plucked up the courage to tell his girlfriend Claire, who demanded he see a doctor.

‘She said if I wanted to go camping that weekend, I had to make an appointment to get it checked out first,’ he recalls.

‘As I was en route to the Lake District I got a call from my GP to say that he suspected it could be cancer.

‘My only real relationship with cancer was one where people died, so when I heard that I had it, my first thought was ‘oh this is it then’.

‘It was all a whirlwind after that phone call – a week later I was in hospital for scans, and less than a month after my first visit to the GP the lump was removed.

‘Mentally things actually got tougher after the surgery, as I didn’t find out conclusively whether it was cancerous for around six months and whether or not I would require further treatment.’

Jack luckily did not need further treatment and now has two children – George, two, and Toby, who has recently arrived – and has raised more than £2,000 for Worldwide Cancer Research, a charity that has invested £200 million into cancer research worldwide.

He added: ‘I’ve been told that if I’d got testicular cancer 40 years ago, I would have had a less than five per cent chance of survival.

‘But now it’s more than 95 per cent – which is all down to the incredible work of charities like Worldwide Cancer Research who have helped change the outcomes of the disease.

‘Personally I was very lucky in my experience with cancer as it was found so early, I didn’t need chemotherapy. I only wish the outcome could have been as positive for my dad and grandfathers.

‘For most cancers, time can be your biggest asset. My dad did not act quickly, he had symptoms of bowel cancer for months, and when he finally went to get checked he was told he only had six months to live.

‘Don’t be a hero, it’s really important that you reach out to someone if you’re worried or concerned.

‘It doesn’t necessarily have to be a doctor; I went to my girlfriend who was able to provide me with the support and help me take the first step. It’s so important to start that conversation.’

‘We’d like to say a massive thank you to Jack for sharing his powerful story, and to all our Curestarters, who make this vital investment possible.

‘Together we can end cancer by starting new cancer cures worldwide.’