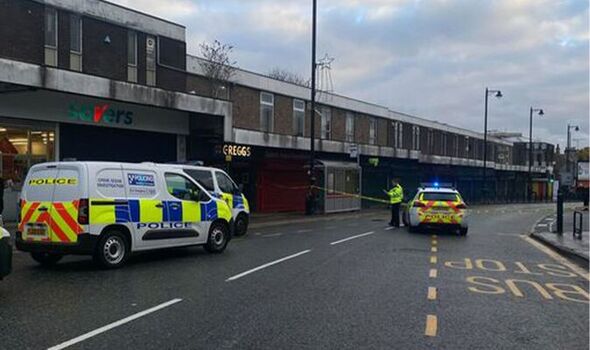 A man was repeatedly stabbed in Leeds city centre last night in a violent attack which left him with wounds to his back, chest and neck, police have confirmed.

The 29-year-old’s injuries are understood to be so severe that police have launched an attempted murder investigation, and a section of the city’s Town Street remains closed as part of the cordon.

The cordon has been in place since 11pm last night (Monday, November 21), LeedsLive reports. Pictures from the scene show at least two police cars and a large cordon in place.

A statement issued this morning by West Yorkshire Police read: “The attack on the 29-year-old man in Armley is being treated as attempted murder.

“At 10.49pm last night, police were contacted by the ambulance service who had been called to Branch Road, Armley, where the victim had been found seriously injured with multiple stab wounds. He was taken to hospital by ambulance for emergency treatment and remains in a critical but stable condition in intensive care.

“Enquiries have established the victim was assaulted by another man during an altercation in Town Street, near to the junctions with Branch Road and Wesley Road at about 10.40pm. A large scene remains in place around Town Street and Branch Road to undergo forensic examination and specialist searches.”

Detective Chief Inspector James Entwistle, who heads Leeds District CID, continued: “The victim has received serious stab wounds, including to his back, chest and neck, and remains in a critical condition in hospital. The level of injury that has been caused and the circumstances that we have established so far means we are treating this incident as attempted murder.

“We are continuing to carry out enquiries to build of a full picture of exactly what has happened, and we would like to hear from anyone who witnessed any part of the incident.

“CCTV shows there were vehicles and people passing the scene at the time of the incident and we are keen to hear from anyone who was in the area or driving past at the time, particularly if they have relevant dashcam footage that could assist the investigation.

“We appreciate that a serious violent incident such as this will cause understandable concern in the community and, while our enquiries remain at an early stage, we believe this has been a targeted attack involving people who are known to each other.

“We are liaising closely with officers from the local neighbourhood policing team who are increasing their patrols of the area to reassure people following this incident.”

Anyone with information is asked to contact Leeds District CID via 101 quoting crime reference 13220643377 or online via www.westyorkshire.police.uk/101livechat

Information can be given anonymously to the independent charity Crimestoppers on 0800 555 111.