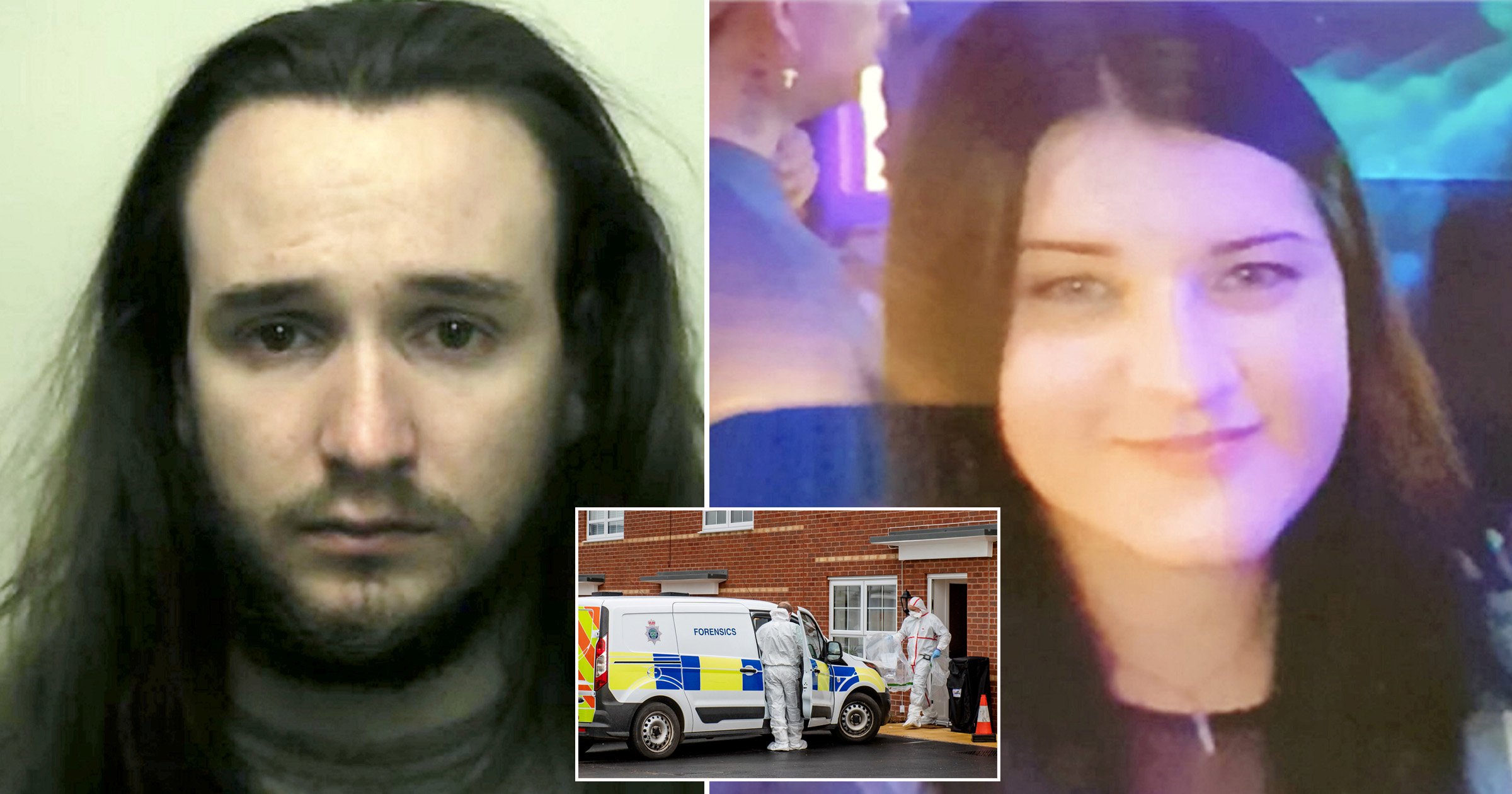 A man has been jailed after stabbing his girlfriend more than 30 times and running over her body after eating a cannabis brownie.

Jake Notman killed student Lauren Bloomer, 25, during a psychotic episode triggered by a brownie infused with the drug.

The 28-year-old dialled 999 himself and said to the operator he had ‘been told I have killed my girlfriend’.

He admitted manslaughter part way through his trial and was cleared of murder after prosecutors accepted ‘he could not discern what was real and what was not’.

A video recorded by his victim on her own phone capturing her death, taken after she looked online for advice on a ‘bad weed trip’, was among the psychiatric evidence considered by experts.

Lauren begged for help from Notman’s auntie on the phone after he became aggressive not long after ingesting the drug for the first time.

At his trial, Notman had claimed to have suffered an ‘extreme florid psychiatric episode’, completely losing touch with reality.

Prosecutor Deborah Gould described the recording to the jurors earlier in the trial, saying: ‘It shows the defendant as he began to attack Lauren Bloomer, at first with his bare hands.

‘She was just trying to care for him in this state of being disordered through cannabis.’

Notman, who worked at the Solihull Jaguar Land Rover plant, was arrested in the early hours of November 20 after neighbours saw him driving over his partner’s body outside their home in Tamworth.

He made no comment in five police interviews, instead providing a statement suggesting the brownie had something in it other than cannabis.

Explaining the Crown’s decision to offer no evidence on the count of murder, prosecution QC Ben Douglas-Jones said: ‘All three experts agree that on the evidence, including the recording, the defendant’s psychiatric reaction to cannabis is of such profundity that he could not discern what was real and what was not.

‘In particular he could not discern whether Lauren Bloomer was alive or dead, or real or not.’

Lauren’s family said in a statement: ‘As Lauren’s family we feel that regardless of the outcome of the trial, nothing can bring Lauren back to us or compensate for the heartache we feel.

‘We ask that you please respect both our family and her friends’ right to grieve in privacy at this really difficult time.’

Sentencing him to eight years and eight months at Stafford Crown Court, Judge Mrs Justice May said: ‘I am quite sure that the psychotic state which Jake Notman was in was at least in part a response to the cannabis which he had taken.

‘There is an obvious lesson… that cannabis can be very dangerous. It is an illegal drug for good reason.’

The judge accepted that Notman, who has no previous convictions, had shown concern and remorse for the grief he had caused.