Madrid may be hosting COP25, but its own eco-challenges persist

Spain’s capital wants its own green revolution, but the city’s council continues to prioritise toxic traffic. 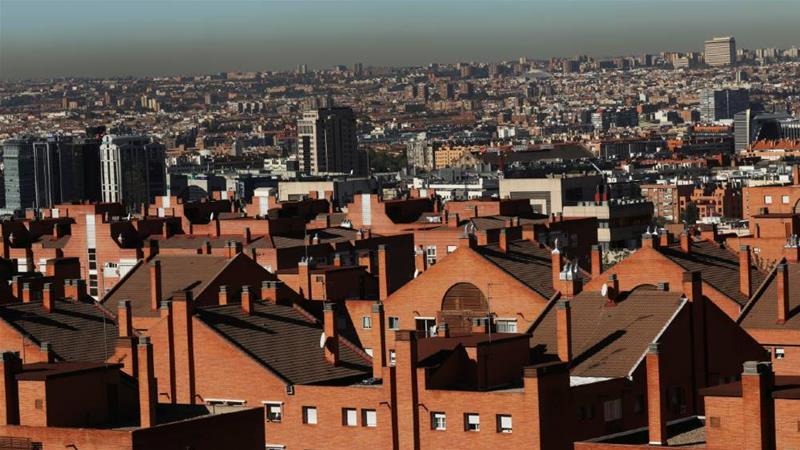 Madrid, Spain – Jose Luis Martinez-Almeida, the Spanish capital’s mayor, experienced a brief – but widely publicised – moment of embarrassment when he was reprimanded by Mario Agreda, a representative of the Indian Movement of America, at the COP25 UN Climate Change Conference here in Madrid on Tuesday.

A long-term resident of the city, Agreda was upset Martinez-Almeida had recently told a group of school children he would prefer to donate money for repairs to the fire-damaged Notre Dame cathedral in Paris than to the Amazon rainforest – because “Notre Dame is a symbol of Europe”.

“Children have to breathe; the Amazon matters more than a church,” Agreda told Martinez-Almeida in what he called a spirit of “constructive criticism”.

On paper – and to judge by the proliferation of banners and posters around the city, too, and even on the sides of its postal trolleys – Spain’s decision to host COP25 at less than a month’s notice following Chile’s withdrawal represents a major boost to the capital’s green credentials.

But as COP25 delegates themselves found out on Tuesday when operators of Madrid’s creaking public transport system went on the first of several strikes to protest against what they see as the council’s running-down of services, Martinez-Almeida has since taking power last summer had to contend with widespread criticism from his fellow Madrilenos over the council’s new environmental policies.

COP25 had barely got under way, in fact, when the metre-high letters of the sign in the central Puerto de Alcala square reading “Madrid Green Capital” – part of the council’s publicity campaign for the summit – were amended by Greenpeace activists so it read “Madrid Grey Capital” instead.

Greenpeace also issued a press release slamming the “city council’s inaction against contamination and to fight climate change”, amid accusations that Madrid’s COP25 slogan was overly similar to the EU’s coveted “European Green Capital” award, so far only ever awarded in Spain to the northern city of Vitoria, seat of government of the Basque Autonomous Community. Next year, it will be awarded to neighbouring capital Lisbon, in Portugal.

As one of three cities in Spain which have since 2010 frequently broken EU-permitted levels of air contamination, the biggest bone of local environmental contention concerns one of Martinez-Almeida’s flagship electoral proposals: doing away with inner Madrid’s nascent, months-old traffic congestion charge system, known as Madrid Central.

Last summer, after the newly elected council announced that fines under Madrid Central would be scrapped, bypassing a thicket of city bylaws that ensured the congestion charges remained in place, the council’s manoeuvre sparked a major protest on the city’s streets, and was over-ruled in a number of court cases.

“They wanted to close Madrid Central down at a pen stroke but they found they couldn’t,” Juan Barcenas, spokesman for the Platform in Defense of Madrid Central, an umbrella organisation representing environmental groups, scientific bodies and school associations, told Al Jazeera.

Barcenas pointed to recent reports of a reduction of 20 percent in Madrid’s nitrogen dioxide levels as evidence that “Madrid Central is working”.

“However, the attempt to get rid of it was counterproductive,” with evidence emerging, he claims, of increased traffic in the summer months, “when Madrid is usually quiet”.

“Long-term, what the council did has generated confusion among traffic users,” he added.

During COP25, while Madrid is carrying out a major programme of workshops, concerts, theatre and sports events designed to raise environmental awareness, Martinez-Almeida has insisted his plans for a new traffic charging project, known as Madrid 360, are more ambitious and will act globally on the city’s sources of contamination.

“We’re not about making up pointless slogans, we’re about policies and that’s what Madrid 360 is,” Martinez-Almeida said.

“All the attacks” on his environmental strategy were “based on ideologies”, he added.

“For us,” he concluded, “the only ideology we have is improving the air quality of Madrid.”

But Alvaro Fernandez Heredia, who worked for a company that carried out two years of research and planning for Madrid Central, including real-life testing of different traffic strategies, tells Al Jazeera “the alternative they’ve proposed is simply based on political criteria and just a few months of investigation. Madrid 360 will allow more vehicles through the centre and it sends out a toxic message to traffic users – that it’s OK to use cars there.”

While the controversy rages over the congestion charges, other new Madrid council policies strongly criticised by environmentalists include allowing some motorised vehicles access to previously bike-only traffic lanes, easing restrictions on city-centre car parks, and spending more than three million euros ($3.3m) this year on Madrid’s Christmas lights – an increase on 2018 of 27.7 percent.

And these are all questions that will remain on the capital’s agenda, long after the curtain has fallen on COP25 next week and the Madrid Green Capital sign is taken down for good.