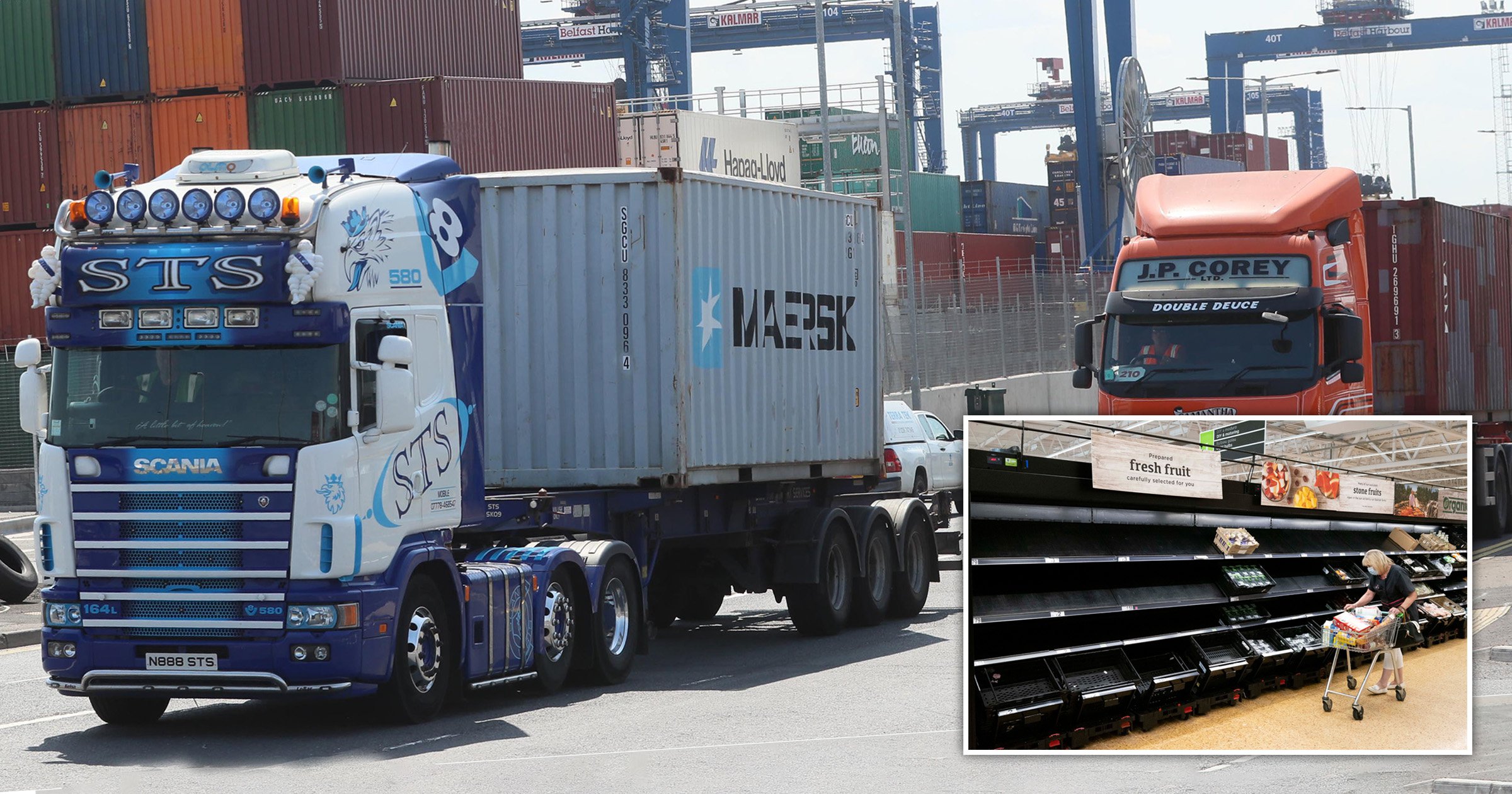 Supermarket imports from Northern Ireland to the Republic are being rejected for ‘pointless’ enforcement reasons, a major retail boss said.

Marks & Spencer chairman Archie Norman said the company is having to fill out ‘three large books’ worth of forms for every truck it sends over the border.

He says a fifth of the company’s exports are being turned away and, thanks to delays of 24-48 hours, most products have to be destroyed due import rules.

Two in five M&S shipments to the Republic are being delayed, causing ‘most of the contents’ to be destroyed, due to additional paperwork created from the UK’s departure from the EU.

The problems are set to get worse for Northern Ireland in October after a grace period on reduced checks of imports ends.

Mr Norman told the BBC’s Today programme: ‘At the moment, only about 80% of our product is getting into Ireland, so 20% doesn’t arrive at all. And that applies to other retailers as well.

‘It is not the rules of the customs union that is the problem, it is the Byzantine and pointless and honestly pettifogging enforcement which means that wagons can’t get through.

‘If one page is blue instead of black typeface, the entire wagon is turned away.’

M&S has hired 13 full-time vets to ‘simply tick boxes and fill out forms’, he added.

‘Our error rate in this huge amount of documentation has been running at less than 0.00 percent but 40% of our wagons have been delayed.

‘A delay means could be six hours but often 24-48 hours, which means that most of the content of that wagon will have to be destroyed.’

This week Brexit minister Lord Frost sympathised with the M&S chief, saying ‘we cannot go on as we are’.

The protocol was put in place to ensure there would be no hard border with Ireland, but it has instead effectively placed a trade barrier in the Irish Sea.

Concerns have been raised that chilled meat products, including burgers and sausages, will no longer be exportable from mainland Britain to Northern Ireland when the full terms of the deal kick in.

Lord Forst raised the spectre of taking the ‘nuclear option’ and invoking Article 16 which lets either side suspend parts of the deal if it’s proving unworkable.

He said the economic and social damage caused by the current arrangements would justify its use, with Northern Ireland’s supermarkets facing supply shortages.

Mr Norman has warned there will be some ‘gaps on shelves’ this Christmas.