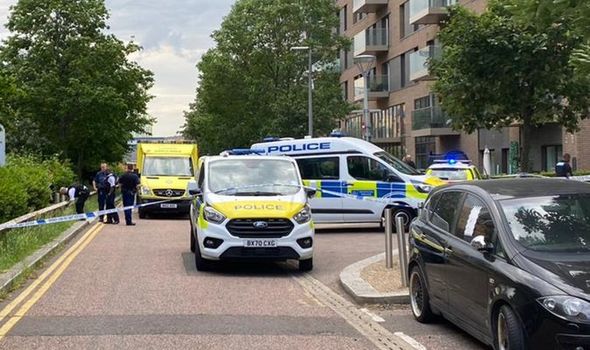 Express.co.uk understands the Met Police were called to a stabbing this afternoon on Greenwich Penninsula. Some local residents described screaming while the incident happened around 4.30pm. The Met Police has been contacted for a statement.

As of yet, it is unclear who was attacked and if they sustained severe injuries.

In pictures, several police cars been seen at the crime scene which has now been taped off.

One local resident told Express.co.uk: “There was lots of screaming and a group running.

“Lots of people were out on their balconies to see what was happening.”