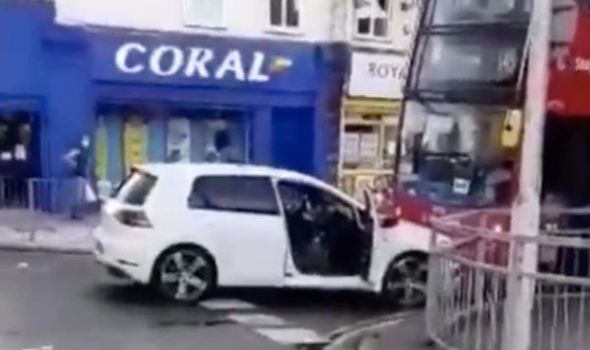 A spokesperson for the Metropolitan Police said: “Police were called to Gale Street, Dagenham, at 6.18pm on Monday, August 17, to reports of a road traffic collision and a stabbing.

“Officers attended along with paramedics from London Ambulance Service (LAS).

“It was reported that two cars had collided and a man inside one of the vehicles had then been stabbed.

“The victim and the suspect(s) had left the scene before police arrived.

“A short time later, a man in his 20s, attended an east London hospital with stab injuries.

“We await an update on his condition.

“A crime scene is in place. There have been no arrests.