A crane was seen lifting the mangled shell onto the back off a truck on Thursday, as the city continues to mourn the tragedy that left five dead.

It is not clear if the remains, which were wrapped in tarpaulin, were being taken away or simply moved to another area outside the King Power Stadium. A team from the Air Accidents Investigation Branch (AAIB) recovered the digital flight data recorder from the wreckage on Sunday.

The AAIB would not confirm if it has now moved the helicopter as part of its investigation into why it crashed. The branch said on Monday: “Our inspectors are continuing to work with the police on site.

“We expect to be here until the end of the week, at which point we will transport the wreckage to our specialist facilities in Farnborough for more detailed examination.” 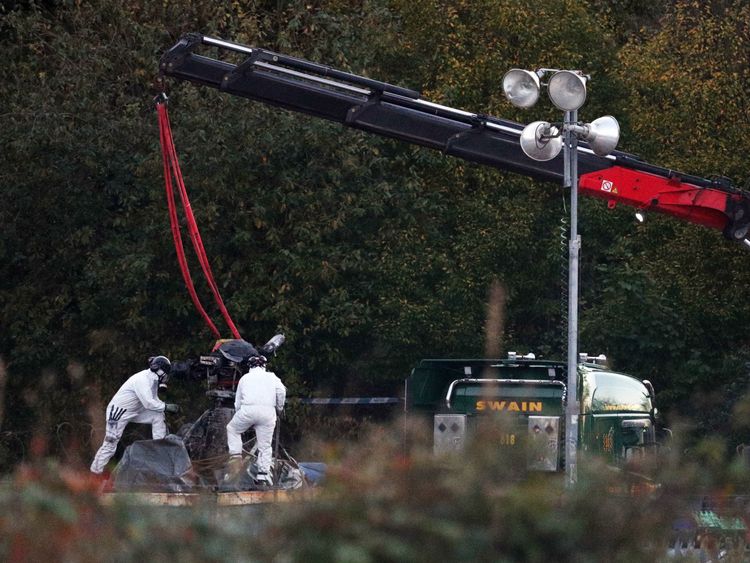 Leicester City FC’s late billionaire owner Vichai Srivaddhanaprabha was killed when his aircraft came down outside the stadium on Saturday evening.

The other victims were two of his staff, Nursara Suknamai and Kaveporn Punpare, pilot Eric Swaffer and Mr Swaffer’s girlfriend Izabela Roza Lechowicz, a fellow pilot.

Mr Srivaddhanaprabha, who made his money in the duty free industry, was loved in Leicester for his to dedication to the football club.

The billionaire’s investment helped the Foxes become the 5000/1 winners of the Premier League in 2016. 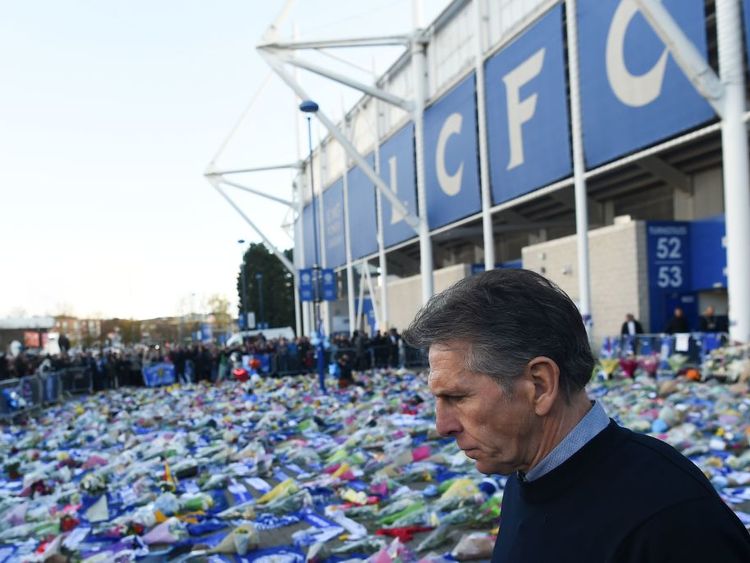 The wreckage of his aircraft has been moved as the team’s manager said the tragedy has left everyone “numb with sadness and shock”.

Claude Puel said it had been the hardest week in the club’s history. 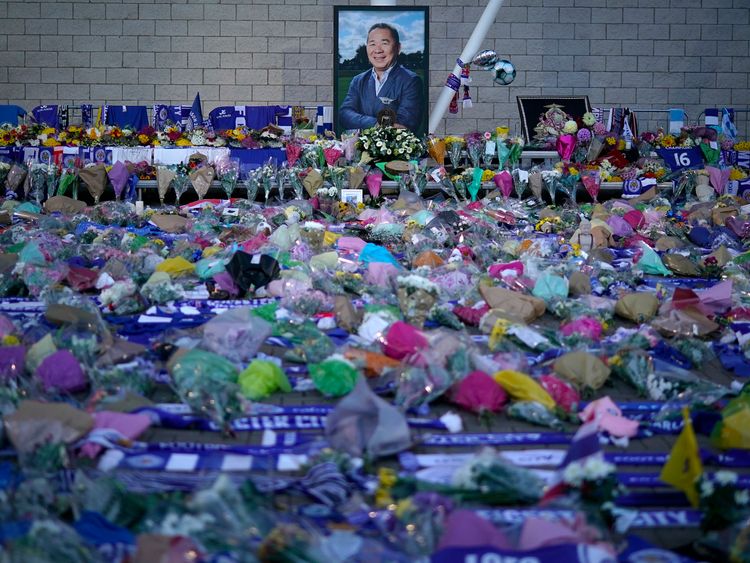 He said in a prepared statement: “Seeing all of the messages, flowers and shirts outside the club this week shows the lives he has touched.

“He leaves behind a legacy that will be remembered forever and a vision that the club and myself as manager will take forward with us.”

Leicester will play Cardiff on Saturday after players and staff were keen for the fixture to go ahead.

There will be a minute’s silence prior to kick off and the players will wear black armbands.

Leicester players and fans gathered outside the King Power Stadium to remember their chairman on Monday.

A sea of flowers, shirts and written tributes emerged outside the ground as people paid their respects.