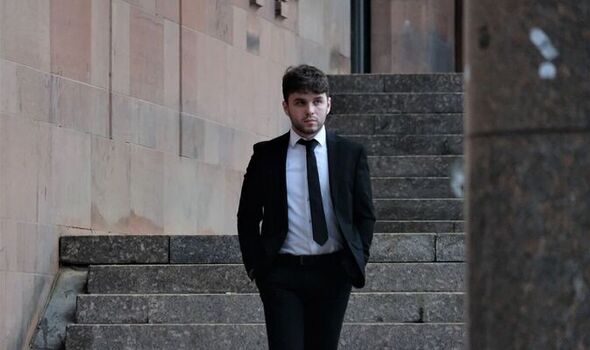 A warped law student who exposed his genitals and performed a sex act at random young women on the street has been spared jail.

Since Daniel Mould, 21, flashed at the three women, incuding one victim twice, he quit his university programme and started working at McDonald’s. A court heard CCTV captured Mould target the young women as they walked through the Shieldfield area of Newcastle, during rush hour.

The defendant then looked behind after the women walk passed to see what their reaction was.

Mould’s lewd behaviour was reported to police who arrested the young man, and he appeared at Newcastle Magistrates’ Court last week.

He was given a three-year community order and must sign the Sex Offenders’ Register after he pleaded guilty to four counts of exposure.

Sentencing Mould, District Judge Paul Currer said: “The way you behaved to them was truly appalling. What’s also very concerning is that, once you have exposed yourself, you watch for a reaction. It’s also concerning that you have no recollection.”

The defendant was living in halls of residence at the time of the offences, Chronicle Live reports. The crimes happened near the university accommodation in November last year.

“He approaches the camera and a female and removes his penis from his tracksuit bottoms as the female approaches. She walks passed him as the exposure takes place. He’s only about 2m away from her when he does this. After she’s walked passed, he pulls his waistband back up and turns to look back to see if there’s a reaction. She kept walking.”

The court heard that, moments later, Mould targeted his second victim by exposing his genitals and performing a sex act as he walked towards her. Just seven days later, the pervert flashed at the same woman as she walked down a street.

Mr Long added: “The victim immediately recognised the defendant from the previous time. On the same day, the final victim was walking near the Heaton area and she sees a male walking alongside her. He lifts his shorts and reveals his genitals.”

Mould, who now lives in Newbiggin-by-the-Sea, Northumberland, has no past convictions, had no recollection of any of the incidents but claimed to have been suffering from acute anxiety at the time.

Neil Connell, defending, said Mould, who has been in relationship for three years, had suffered a serious head injury in the past but it wasn’t a case of him experiencing “sexual urges he couldn’t control”. He has also sought help from a GP since being arrested.

As well as the community order, Mould must also pay £200 in compensation to each victim.